Many Harvey survivors want to pay it forward after receiving help from donors around the world. What's the best way to help victims of Hurricane Florence, and how do they make sure their money is well spent? 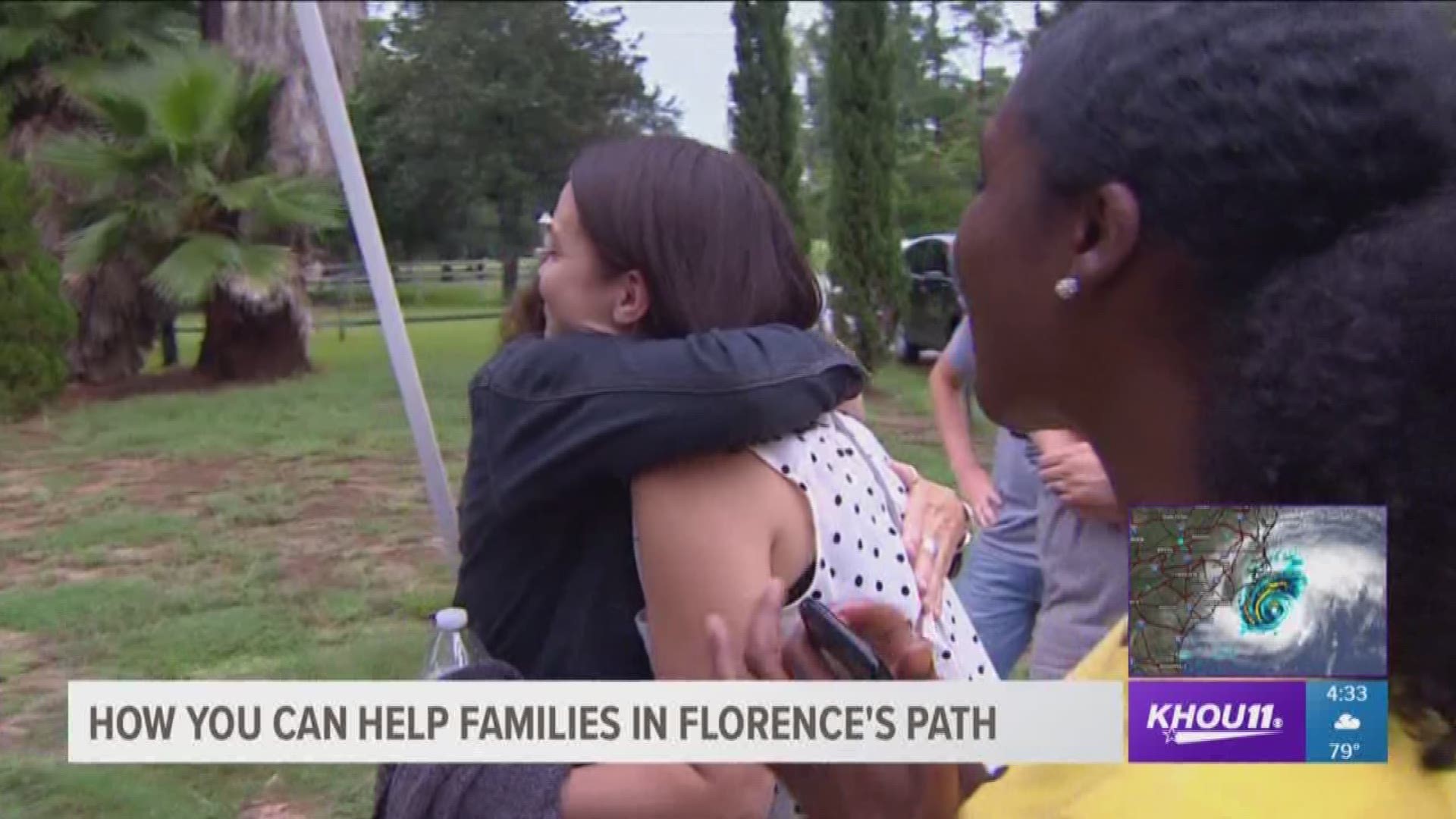 HOUSTON — Houstonians and others living in Southeast Texas are all-too-familiar with the destruction people living in Florence’s path are facing and the long road ahead.

Many of those same survivors that received help from around the country after Harvey are looking to pay it forward. So, what’s the best way to help?

“We found a lot of people were donating who had gone through Katrina, they’d gone through Ike, they knew what that experience was like,” said Cli Roberts, Executive Director of the St. Bernard Project’s Houston Office.

That nonprofit, commonly known as SBP, was founded in Louisiana’s St. Bernard Parish in 2006 after Hurricane Katrina and has since helped with recovery efforts from several disasters nationwide.

Roberts said SBP has had a team in South Carolina still helping from the 2015 floods, and they have another one ready to go help with Florence.

“The biggest thing for us is getting money,” said Roberts. “Really, that helps us buy the supplies that we need.”

Roberts says getting money instead of physical items also helps nonprofits provide the right kind of supplies when they need it, while getting more bang for the giver’s buck.

“We work closely with Home Depot, so we get great discounts through them, and then we also have some awesome corporate partnerships across the country,” said Roberts.

“Sometimes people want to give clothes, but that can be more difficult to organize,” said Napoliello.

However, Napoliello recommends donors make sure that any nonprofit or organization they give money to has a long history of helping after similar disasters, as well as an established presence on the ground to deliver help as soon as possible.

“We advise charities to spend at least 65 percent on their programs, but any charity that claims that none of the money goes to administrative costs, that’s a warning sign right there,” said Napoliello.

For crowdfunding sites like GoFundMe, Napoliello recommends donors only give to someone they know.

On Sept. 13, BBB’s national office released a list of charities that meet their standards for disaster relief to help victims of Hurricane Florence.