Mason Motz, 6, was at Dr. Amy Luedemann-Lazar's office in Katy to get teeth pulled when the pediatric dentist noticed a different issue. Mason was so-called "tongue-tied," which was the root cause of his speech problems. 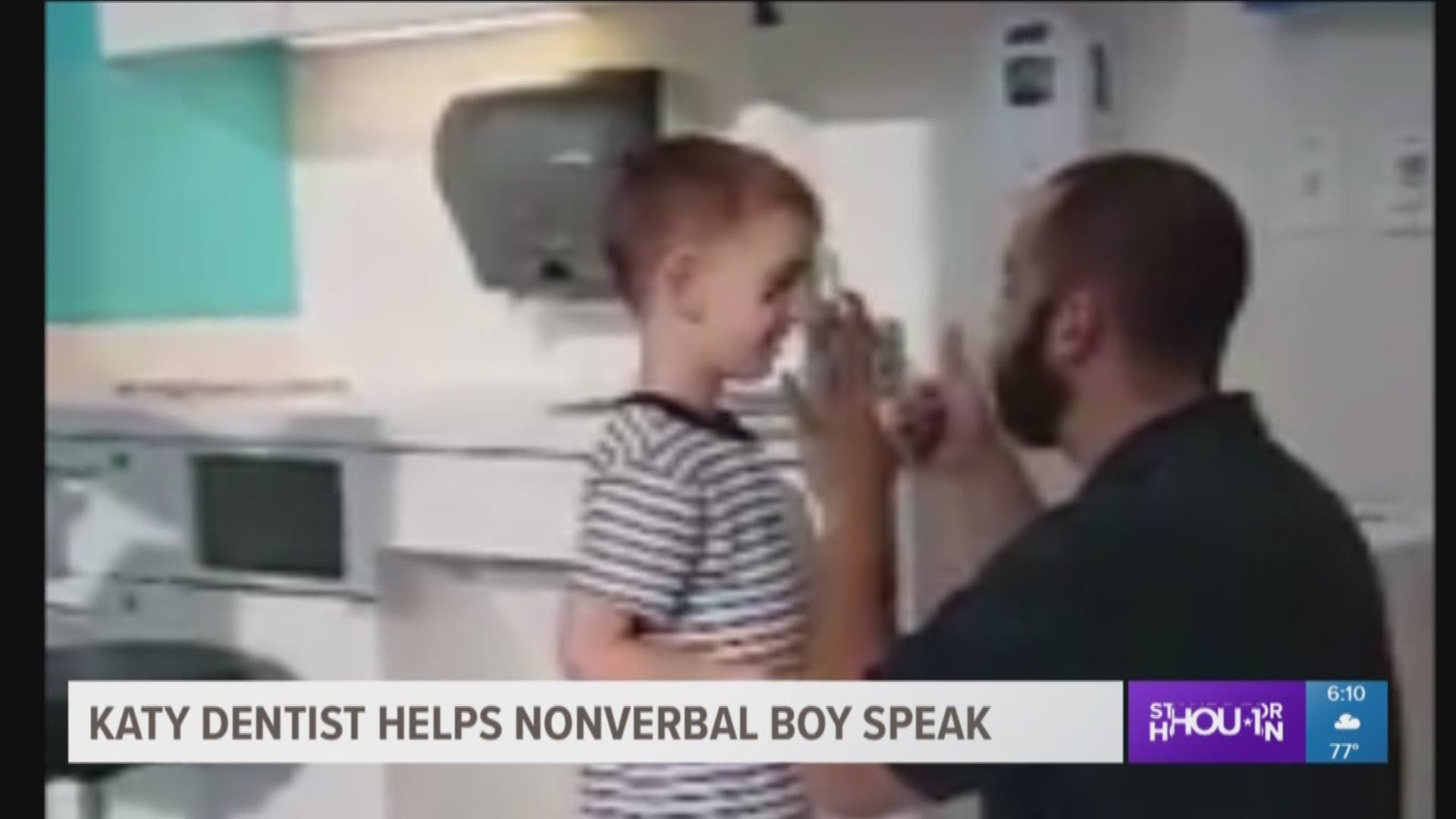 KATY, Texas - The Motz family of Katy says their lives changed after a visit to the dentist’s office.

Mason Motz, 6, was at Dr. Amy Luedemann-Lazar’s office in Katy to get teeth pulled when the pediatric dentist noticed a different issue. Mason was so-called “tongue-tied,” which was the root cause of his speech problems.

These days, life is 180 degrees different for the little boy.

“He’s got a vocabulary now. He’s able to put together letters and words,” Motz said.

The family is giving all the credit to Dr. Luedemann-Lazar, who specializes in treating special needs patients and correcting tongue-tied kids.

It’s a condition formed in utero where the tongue doesn’t separate completely from the bottom of the mouth.

“It really drives the development of your face, nose and airways,” Dr. Luedmann-Lazar said.

Since birth, Mason had suffered from breathing and sleeping issues, which led to behavioral problems. When he ate, there were choking challenges. He also spent years in speech therapy.

Mason was born with Sotos Syndrome, a genetic disorder that affects growth and development. The family thought his speech delays were due to the disorder, but it turns out that he was tongue-tied. The condition caused limited range of motion with his mouth.

Within hours of undergoing a minutes-long laser procedure to correct the tongue-tie, Mason started talking in full sentences. In a home video recorded on his mother’s cell phone, you can see and hear Mason reciting the events of his day and attending science class.

“We see every week people who have a tongue-tie. Speech changes, even 30, 40 year olds,” Dr. Leudemann-Lazar said.

For Mason, it was just a matter of pin-pointing the specific problem. His parents say he is now thriving.

Meredith and Dalan Motz say they’re eager to share their story so other families in a similar situation don’t lose hope. They encourage parents to seek a second opinion, sometimes, third or fourth opinion.

Dr. Leudemann-Lazar says she would like for it to be mandatory that all babies at birth be thoroughly examined for this common condition.