HPD Chief on deadly raid: 'We will...get to the truth'

More questions are raised about what led police to the home on Harding Street after the search warrant was released. 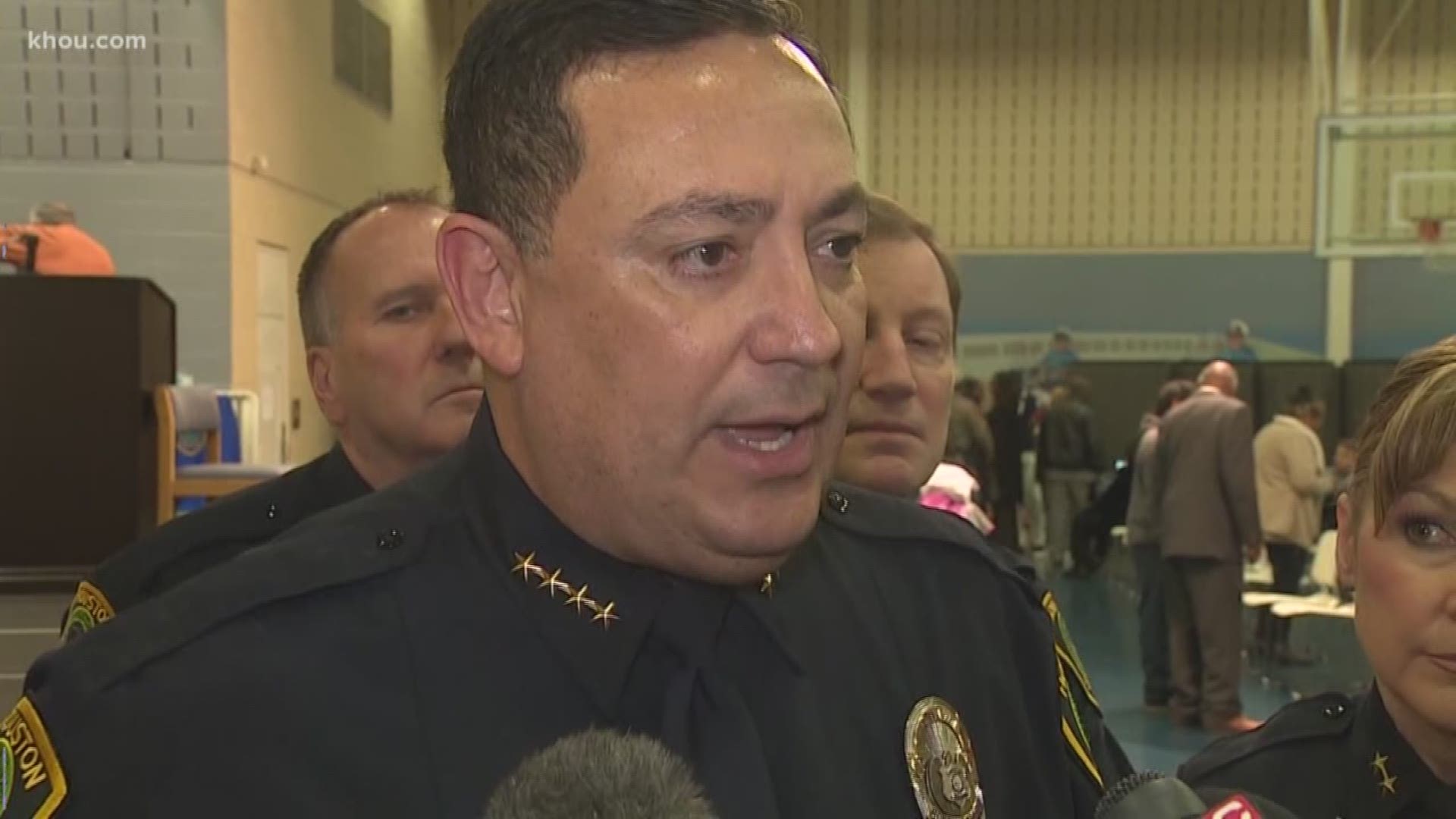 The raid led to five officers being wounded and two suspects shot and killed. Police did not find the heroin they were they to seize.

"We have officers still in the hospital, fighting to get healthy,” Chief Acevedo said Friday at a promotions ceremony for HPD officers. "When we are done with our investigation, we will have uncovered every detail, every stone, to get to the truth."

As KHOU uncovered Thursday, one officer whose named on the search warrant has been relieved of duty. The department is now looking into whether the warrant was legitimate.

The warrant claims one day before the raid, a confidential informant bought heroin from the couple's southeast Houston home. The informant claims there were also large quantities of the drug inside the house.

But after the raid, Houston Police confirmed they did not recover any heroin.

Chief Acevedo said the department now has a two-pronged investigation into what led to the raid and the chaotic gun battle.

"When you use deadly force, in all circumstances where someone uses deadly force, it gets reviewed very diligently by the Special Investigations Unit,” Chief Acevedo said. “That's a criminal investigation. At the same time, you have your internal affairs unit looking into the administrative end to look at policy violations."

What police did find executing their warrant were two shotguns, two rifles, about 1.5 grams of an unknown white powder and 18 grams of marijuana.

The officer currently relieved of duty is a 22-year HPD veteran. It is unclear what role he played in the raid or exactly why he's off the job for the time being.

Chief Acevedo said HPD’s Special Investigations Unit is a model for police departments around the country and that in recent years it has charged two of its police officers in cases.