"Don't take our kindness for weakness because when you try to tear up our city...you're going to have to face the people of Houston." 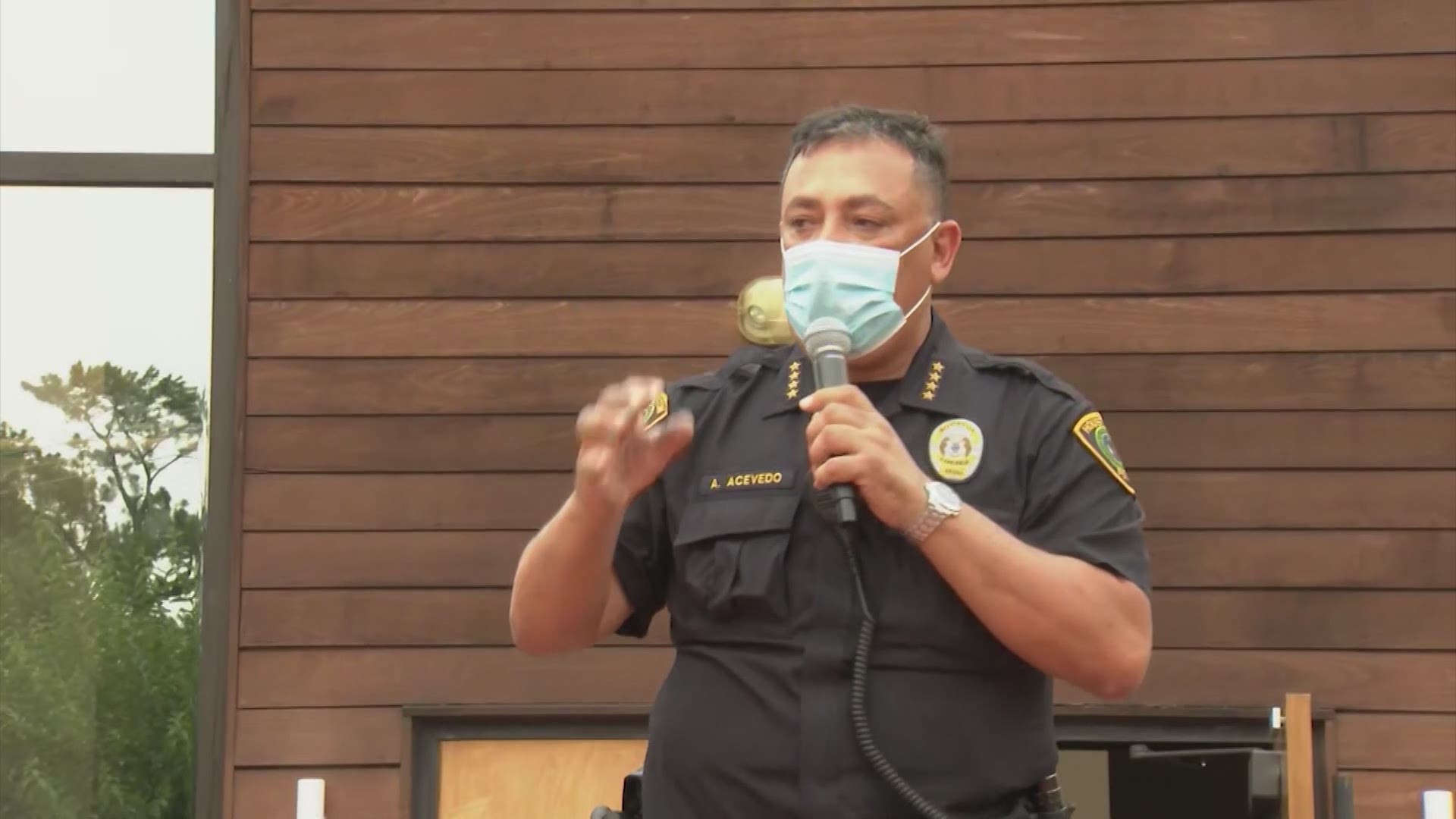 HOUSTON — Houston Police Chief Art Acevedo had strong remarks Sunday for those who want to cause destruction at demonstrations designed to protest the death of George Floyd, a black man who died in Minneapolis police custody.

All three leaders delivered prayers for both protesters and first responders who have been involved in the recent rallies and other demonstrations in Houston.

Acevedo, who has always been open about his Christian faith, had the most memorable moment when he became emotional while talking about police response to civil unrest.

Attendees honked from their vehicles and cheered as the chief spoke. He become so rattled, that eventually, he took off his facial mask.

"We will get through this because we're Houston," the chief said.  "We will not let people come into our city and tear it up. And I'm hear to tell you, for the fools who think we're too nice, don't take our kindness for weakness because when you try to tear up our city, you're not going to have to face the police. You're going to have to face the people of Houston. We will not let the memory of George Floyd be hijacked by anarchists that are doing Satan's work."

Acevedo recently said most people disrupting peaceful protests in Houston come from outside the city with the intention to start violence.

Acevedo said he would like to give George Floyd a special HPD escort to the funeral home when his body arrives from Minneapolis if the family allows. Turner added he believes a police escort could be a way to unite police and the community.

Earlier Sunday, the Houston Police Department and Acevedo changed the profile pictures on their social media accounts to a #JusticeforFloyd image.

For two straight nights, protests have started out peacefully but ended with dozens of arrests and several injured.

It's become a familiar sight in major cities across Texas. In response, Gov. Greg Abbott has declared a state of disaster and is deploying DPS troopers, the National Guard and other officers to managed civil unrest.