How to maintain AC units during hurricane season

During Hurricane Harvey, many units were destroyed. Residents are now just replacing them. With hurricane season almost here, KHOU spoke with an expert about how to keep your AC unit up and running. 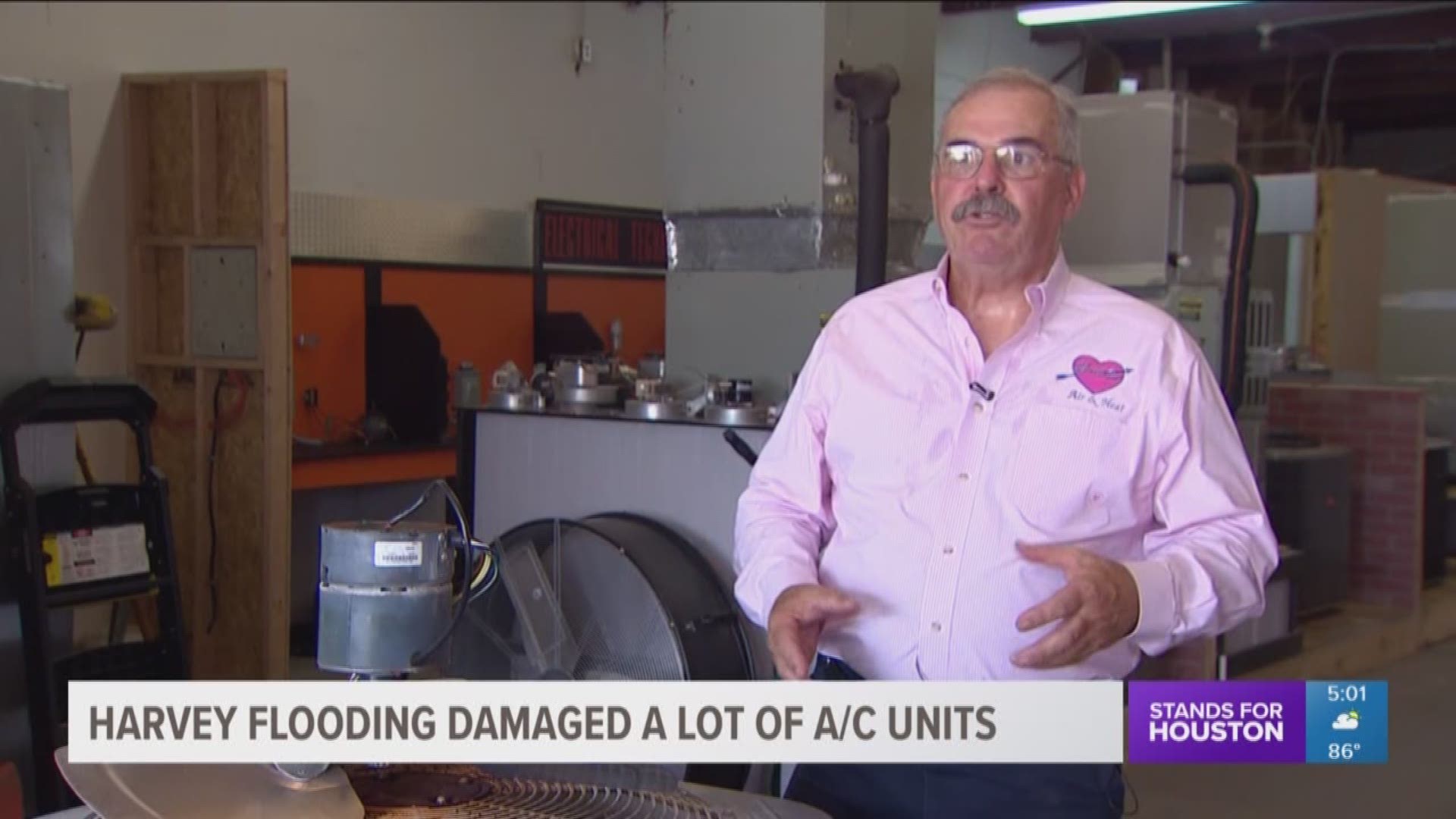 HOUSTON — We all know how critical our air conditioning units are in Houston. Experts say on average, people run their units about 2,200 hours a year in Houston.

During Hurricane Harvey, many units were destroyed. Residents are now just replacing them.

The units can cost anywhere from $4,000 to $10,000. With hurricane season almost here, KHOU spoke with an expert about how to keep your AC unit up and running.

Joe Cunningham owns north Houston-based air-conditioning company Your Air. He says the top concern is how deep the water is in which the unit is immersed.

Cunningham said one of the biggest problems he sees is result from landscaping around the units. He says mulch might make it run less efficiently over time.

“They’re actually creating a pond around the unit, so every time it rains, the bottom of the unit just gets surrounded in 2 (to) 3 inches of water, plus it brings in all the mulch in, which affects the outside coils and that’s going to affect how the system runs,” Cunningham said.

He recommends raising the units -- elevating them outside -- to avoid build-up. Experts stress the units are water resistant, but not water proof.

Margaret Yosowitz, a resident of Meyerland for 40 years, says she’s grateful her home’s AC units survived Hurricane Harvey. She is still making major renovations to her home because of storm damage.

“I think because it was on a higher level. It was on some beams or something,” she said.

If a unit is in rising waters, Cunningham suggests to have it cleaned right away.

“If your unit is affected by a couple of inches, whether you do it yourself or hire a professional, make sure you open them up and clean it from the inside out, so it can do the job its designed for," he said.

Cunningham says cleaning it from the inside out is crucial, because taking a hose and washing it from the outside can simply pour debris inside the unit.

Experts say units can last between 10 to 12 years with maintenance.