The ADL's Houston 'Concert Against Hate' was an opportunity to recognize the honorees, while showcasing the many musicians and artists that make Houston a diverse melting pot of talent. 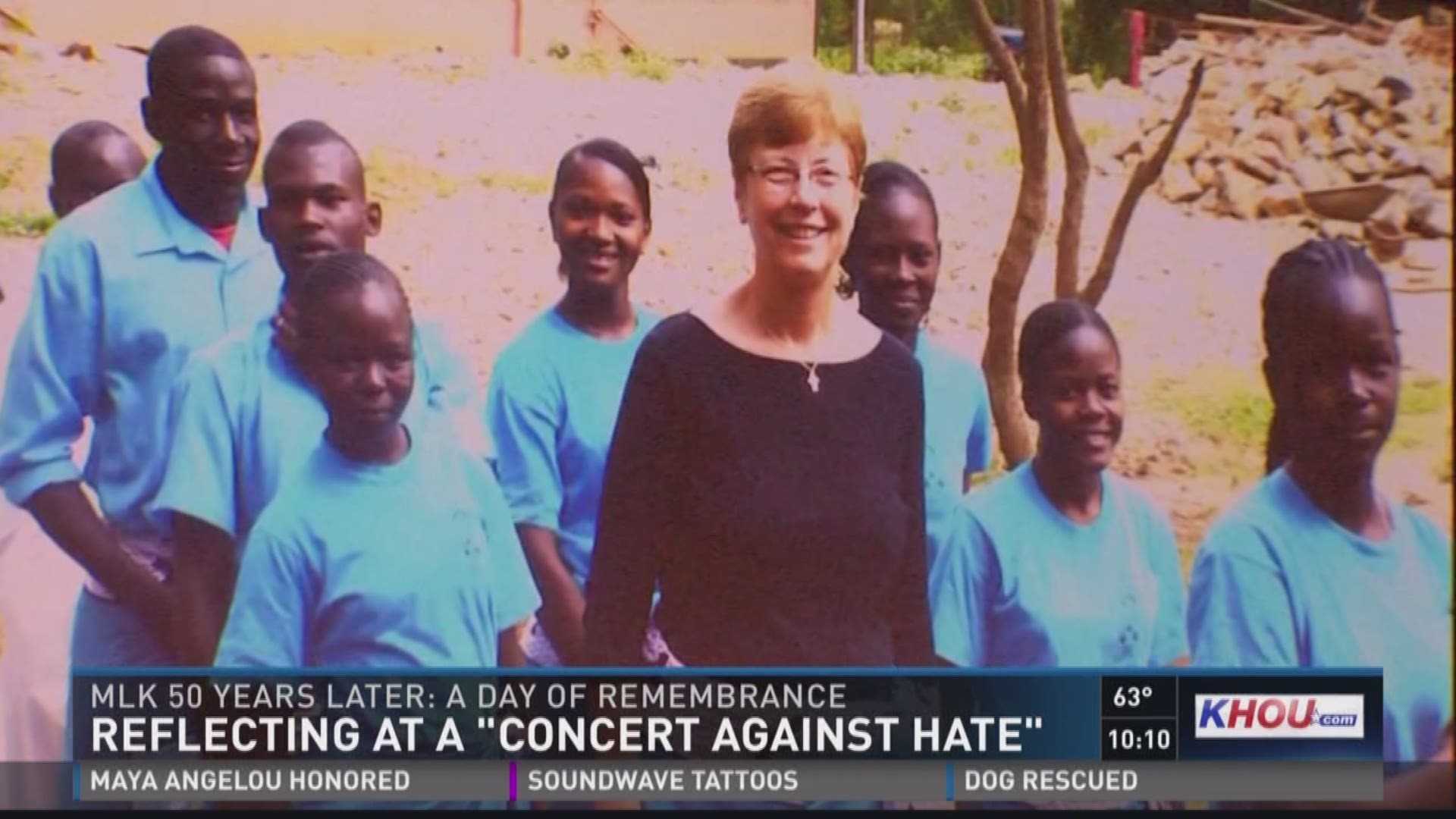 HOUSTON – The Anti-Defamation League reflects on the 50th anniversary of the death of Dr. Martin Luther King Jr., as they pay tribute to Houstonians who carry on his legacy.

The ADL’s Houston 'Concert Against Hate' was an opportunity to recognize the honorees, while showcasing the many musicians and artists that make Houston a diverse melting pot of talent.

-A.J. Durrani, Chairman of the Board of Trustees of the Islamic Education Institute of Texas and the first permanent Asian-American superdelegate for the Democratic National Convention.

The Julie and Ben Rogers Ecumenism Award goes to Sister Jane Meyer, a former teacher and longtime board member of the ADL’s Coalition for Mutual Respect.

There are plenty of differences between the honorees, but the common thread of their message is to have no one forget why Dr. King is still relevant today.

Wednesday marks 50 years since arguably the greatest civil rights leader in the country, was assassinated on the balcony of the Lorraine Motel in Memphis. Many forget that on that day, Dr. King made the trip to support the sanitation workers strike. He along with others fought for the rights of all sanitation workers, no matter the color of their skin.

“It was a turning point in the lives of many people,” said Sister Meyer.

As a former teacher, Meyer embraced the message of acceptance and asked her students to do the same.

“We were helping to form minds and expand heats beyond boundaries and he led us to that,” said Meyer.

Plenty has happened in 50 years and the growing fear now is whether young people will remember who got us here.

“We’ve got a newer generation who don’t know who Dr. King is and what he stood for,” said Tribble.

Around the country however, young people are mobilizing for issues that directly impact them. Marches to Washington may not draw the same crowds as years ago when Dr. King led the way, but in 2018, there’s no mistaking the revolution. Whether it’s gun control or the women’s rights movement, civil discourse has found it’s way into the mainstream.

“That I think in one sense is a continuation of Dr. King’s legacy. That he was addressing injustice at a time when it was rampant,” said Durrani.