When it comes to the best places to chow down in Texas, H-Town takes the cake, according to reviews on Yelp. 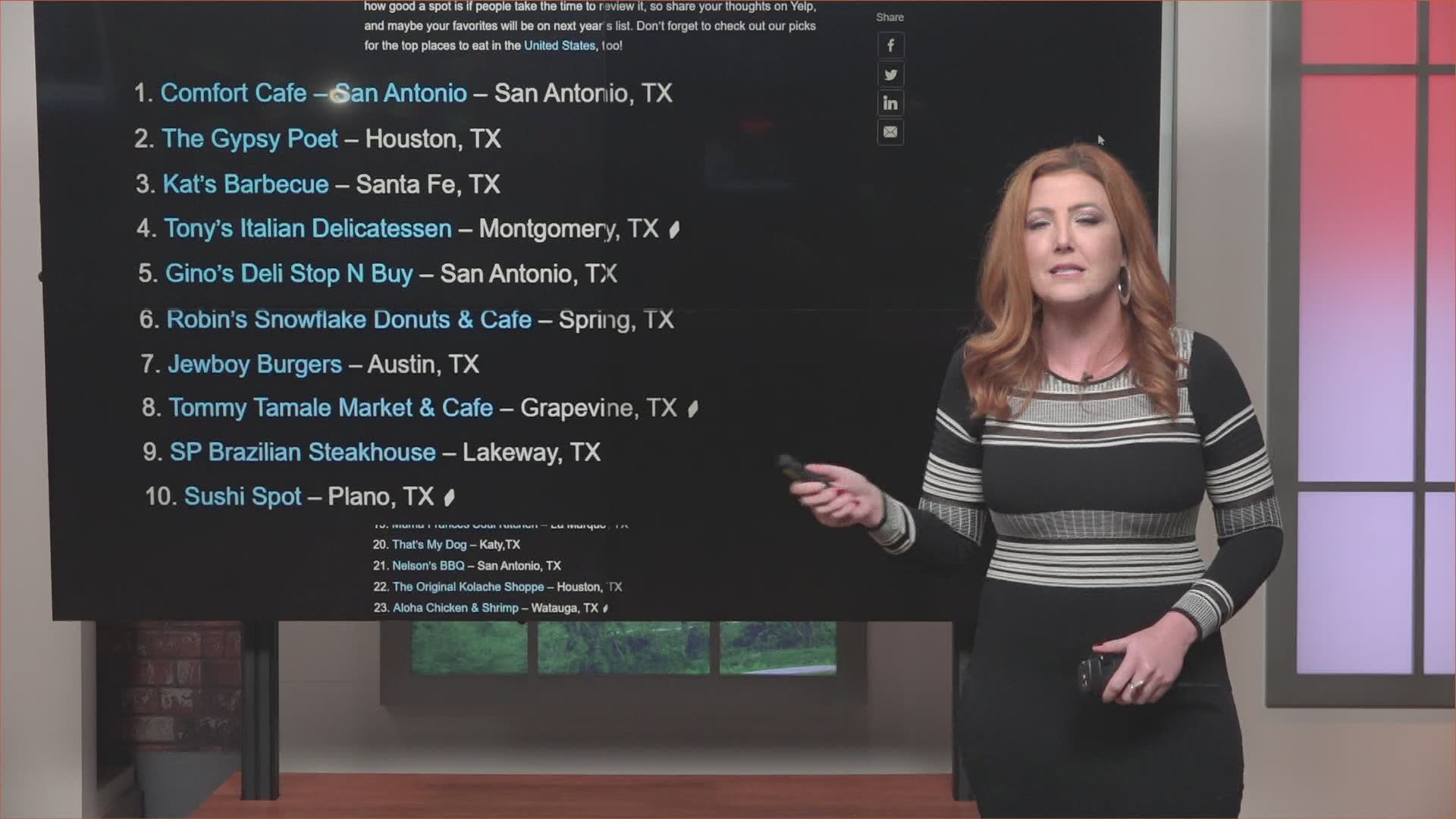 HOUSTON — Houston never disappoints when it comes to food, which is why it's no surprise the foodie city dominated the Yelp's 2021 list of top places to eat in Texas. Nineteen restaurants in the Houston area made the cut.

According to the website, Yelp based the rankings on volume of reviews as well as scores between 2016 and 2021. The restaurants selected had to have a passing health score, too.

Yelp applauded Texas, which is the second most populated state in the country, for its range of diversity in ethnic cuisines and categories of food— from traditional Texas barbecue spots to delicious vegan Vietnamese options. Editors said they felt this year's list perfectly captured that.

On the Texas list, the highest ranking went to San Antonio with Comfort Cafe followed by Houston with The Gypsy Poet, an artisanal wood-fired pizza joint in Midtown.

Kat's Barbecue came in third, Tony's Italian Delicatessen in Montgomery for fourth and finally Gino's Deli Stop N Buy in San Antonio to round out the top five rankings.

On Yelp's national list released back in February, only a couple of Houston restaurants were recognized.

Tacos Doña Lena in the Spring Branch area and Shun on South Shepherd are the only two local restaurants to make it into the upper echelons. Congrats to them — way to represent H-town!

Yelp said the national list included submissions from users, which were then analyzed by the company's data science team that looked deeper into the rating before the list was finalized by community managers from around the country.

"The resulting list is collaborative and passion driven – an accurate reflection of Yelp Community itself," the company said.

Full list of Yelp's top 100 places to eat in Texas:

Editor's note: An original version of this story mentioned there was only one Houston restaurant on the list.  There were actually two.