Drag Queen Storytime is part of a national program which states its aim is to promote love and acceptance. However, not everyone sees it that way. 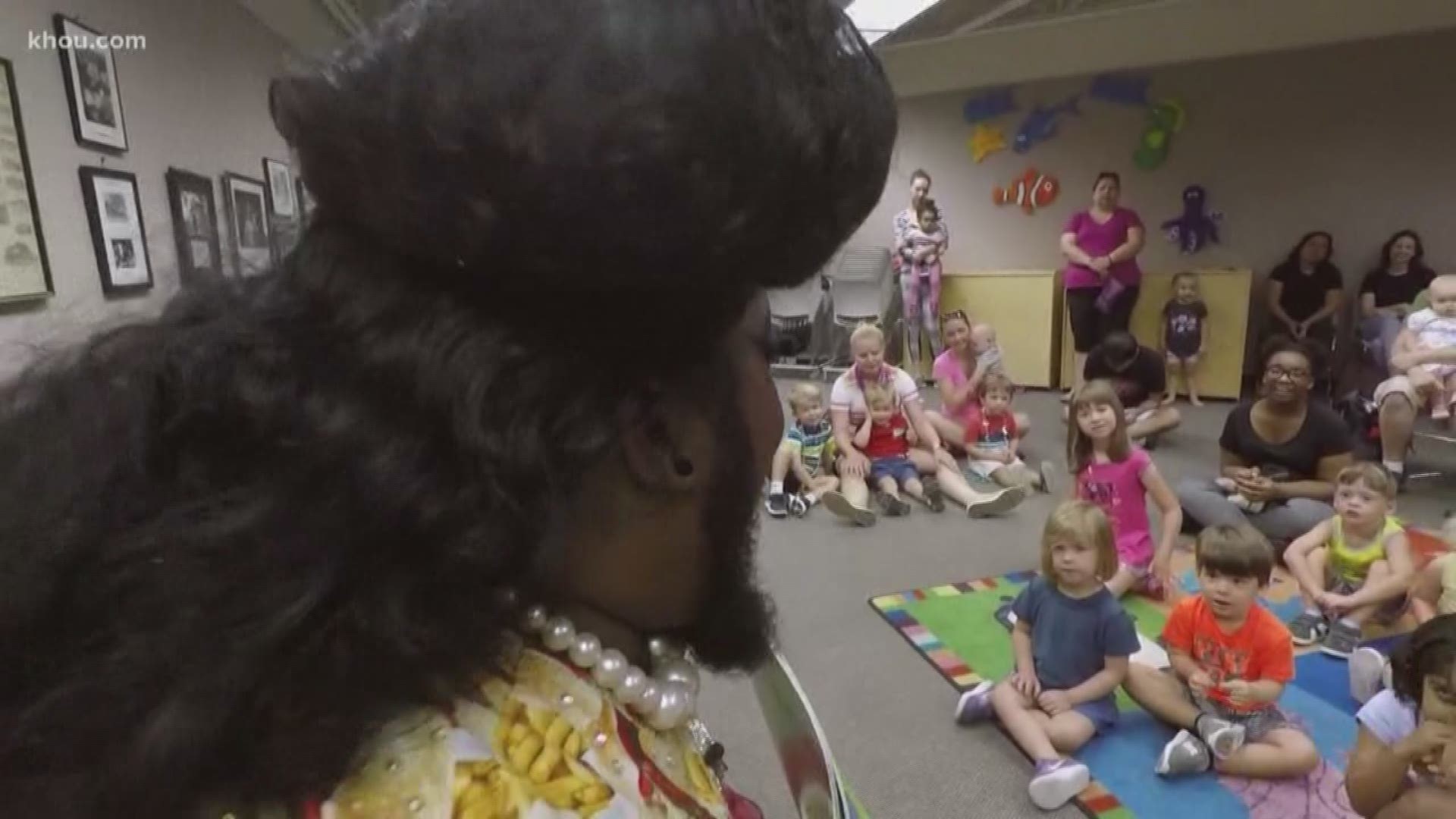 HOUSTON - A program called Drag Queen Storytime that debuted at the Heights branch of the Houston Public Library in July is facing new backlash.

Drag Queen Storytime is part of a national program which states its aim is to promote love and acceptance. However, not everyone sees it that way.

Chris Sevier is among a group of people who filed a lawsuit to stop Drag Queen Storytime in Houston. The suit was filed Friday and names Mayor Sylvester Turner as well as the library.

“Our objection is not against the LGBTQ community,” Sevier said. “It is against the library’s actions.”

Sevier claims the story hour is unconstitutional and violates the First Amendment’s Establishment Clause, which forbids the government from establishing an official religion and prohibits it from favoring one religion over another.

Sevier argues allowing the story time promotes secular humanism, a philosophy, in a nutshell, that humans are capable of morality without God.

Since they debuted, the story hours have been popular with many parents, like Erin Burnett, who in July told us, “I just want to expose them (my kids) to things they don’t get to see every day.”

Drake is the assistant manager of the Heights Neighborhood Library.

Sevier and those listed in his lawsuit don’t see it that way.

“It’s not about acceptance, love and tolerance,” Sevier said. “It’s really about indoctrinating children to the ideals of secular humanism.”

Sevier believes homosexuality is a choice and something like Drag Queen Storytime could lead to homosexuality.

“Sure, it could totally indoctrinate them into it. Just like if you attended a Billy Graham rally you could be led down the path of coming to know Christ, for example," Sevier said.

In a statement Tuesday, Mayor Turner said, “It is a frivolous lawsuit. There is no merit to the lawsuit.”

Turner's press office maintained the program is privately funded by the Houston Library Foundation. However, Sevier believes the program doesn’t belong in any public building and hopes his lawsuit will stop it.

KHOU reached out to the Heights Neighborhood Library for a comment on the lawsuit but have not heard back as of Tuesday night.

At this point, the next Drag Queen Storytime is set to take place at 2 p.m. Saturday.

Sevier says he has also booked a room at the library for 4 p.m. Saturday in which he’ll host a meeting open to adults and the LGBTQ community to discuss the issues of this case further.