For the last six years, Frankie To-ong has added his own flare to decorating for Christmas. 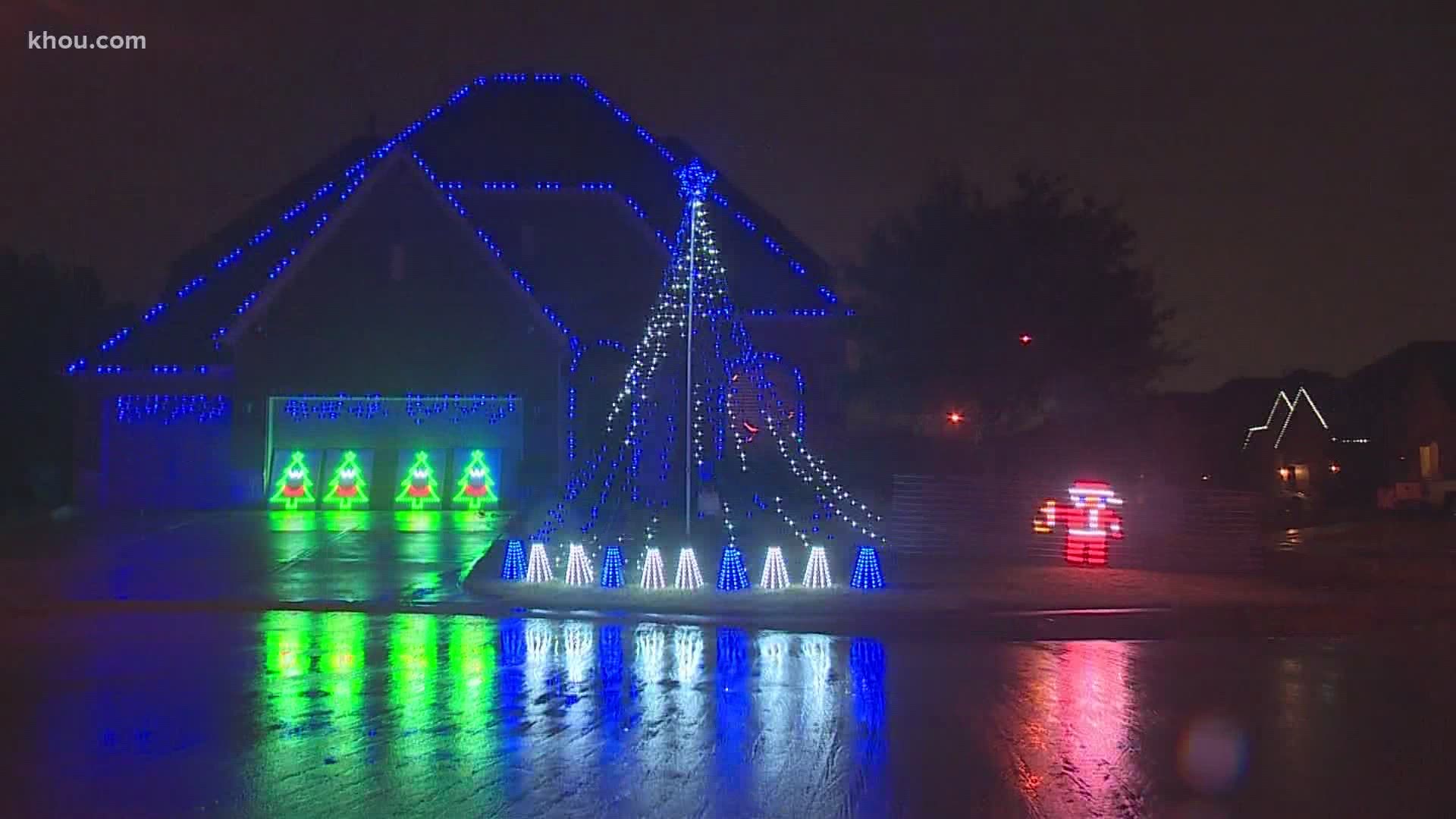 HOUSTON — A proud Houstonian is going viral on social media for his holiday lights display.

It’s not your traditional Christmas music. However, for Frankie To-ong, the lights display at his home get people into the holiday spirit.

“It’s fun to get creative and do things with music and make people laugh, and I like to, honestly, to get kudos for doing something that’s unique," To-ong said.

For the last six years, the former DJ has added his own flare to decorating for Christmas.

RELATED: List: These are the best places to see holiday lights across the Houston area

“I’m just dangerous enough with this type of, these set ups, to make things. It’s kind of like DJ-ing and playing the next song that everybody likes to hear,” To-ong said.

His videos are going viral on TikTok and Instagram.

“Right now, we’re at about 10 million, and it kind of gets sort of intoxicating," To-ong said. "You like look at your phone and see that your inbox is filled up with all kinds of activity.”

But To-ong admits all the attention is driving people to find his house.

“I really don’t play any of the viral stuff just because it becomes sort of a spectacle, and I try to be respectful of my neighbors,” To-ong said. "The first year that we did it, I was like, ‘Yeah, let’s play it and see what happens.’ And it became kind of a parking lot, and I disturbed a lot of people, and that’s not what I want to do.”

Instead he wants to keep people smiling one video at a time.