Harvey repairs at Harris County Criminal Courthouse to continue until 2020

County officials tell KHOU 11 News that it will be 2020 until repairs are complete at the Harris County CJC. Cost estimates top $86 million. We got a look inside at the progress. 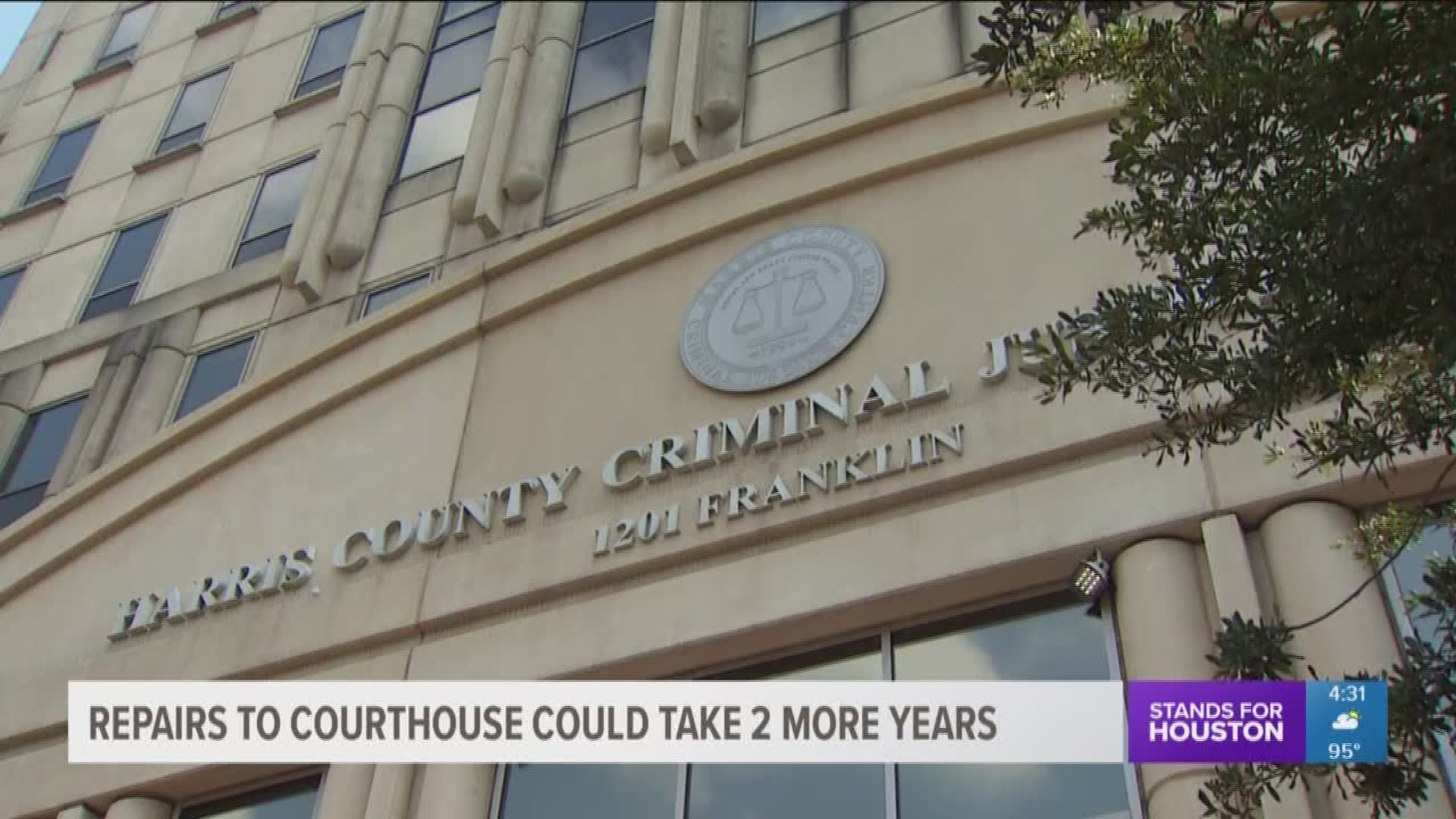 But it will be a nearly 3-year-old memory by the time repairs are complete at the Harris County Criminal Justice Center. That won’t happen until the year 2020.

The building suffered major damage thanks to floodwater and sprinklers that were triggered on nearly every floor.

“Initially, nobody thought it was going to take this long,” said defense attorney Larry Douglas.

Douglas was never a fan of some of the building’s inefficiencies.

“The elevators are terrible,” said Douglas.

But he has no argument over the repair work that’s slowly moving along.

“While nobody wanted to be here when we were here initially,” said Douglas. “Everybody wants to get back because it gets us back to normalcy.”

.. Right now, only 5 of 21 floors of the Harris County CJC are being used. Harvey damage inside wasn’t caused by flood water alone .. But by sprinklers triggered by flooded mechanical areas #khou11 pic.twitter.com/X2PHhvEy4k

Harris County District Clerk Chris Daniels took us on a tour on Friday.

“There’s a lot of work left to do,” said Daniel.

Water got up to where the wood paneling stops in a probable cause courtroom, but the biggest fix is damage caused by burst pipes and sprinklers.

“The timeline is through the middle of 2020 and that’s being optimistic,” said Daniel. “Right now, the price tag is about $86 million and is probably going to rise as time goes on.”

At this point, just the first-level lobby area and the four top floors of the 21-story building are being used. It’s mostly by employees not sent to temporary offices elsewhere. For instance, the Harris Co. District Attorney’s office alone initially relocated to a dozen or so different places.

“The water in here stayed for quite some time,” said Daniel.

Daniel believes the time and money it’s taking to recover is far less expensive than starting over somewhere else.

“If we can just get back to the way we were before, I think everybody would just be really glad for that to happen,” said Douglas.

Daniel said most of the restoration cost is covered by insurance, FEMA, and other disaster funds.

However, there have been delays in criminal cases and leasing space elsewhere for displaced employees has cost a lot of money too.

Parts of the Harris Co. Criminal Justice Center have reopened post-Harvey. But there’s a lot of work left to do. All work won’t be done until 2020. And some think a nearly $90 million price tag may end up costing more. More from my look around: #khou11 at 4:30 & 6:00 pic.twitter.com/kh5gmW59Si