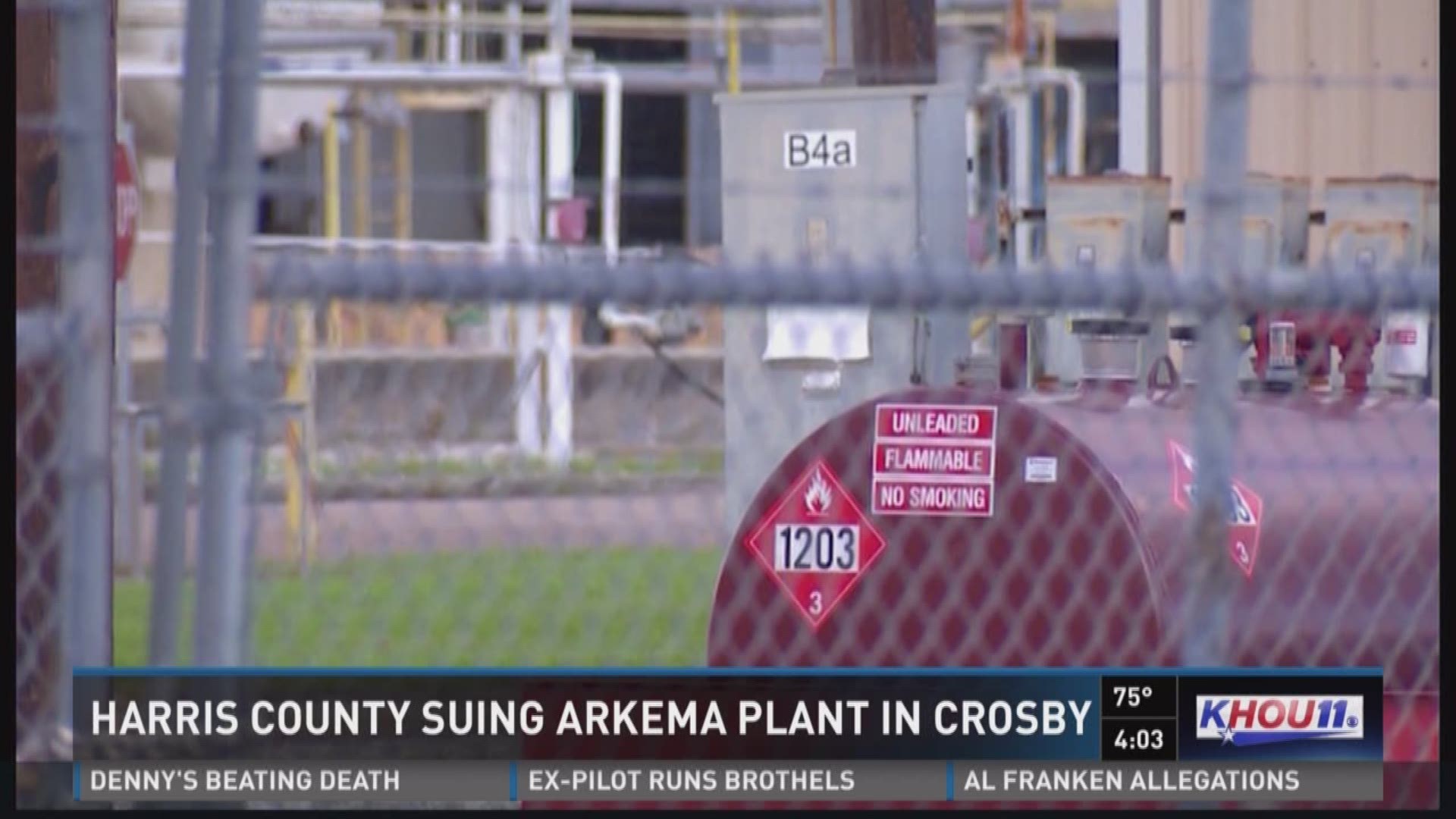 A Harris County attorney is suing Arkema, Inc., claiming it released toxic chemicals following a fire at the plant in August.

The U.S. Chemical Safety Board on Wednesday warned other companies to reevaluate their emergency response plans as a result of the Arkema incident.

Chemical explosions at Arkema’s Crosby facility began around 2 a.m. on Aug. 31, then continued for several days. Nearly half-a-million pounds of liquid organic peroxides were stored at the facility.

The organic peroxides must remain cool, but because of Hurricane Harvey, the plant flooded under six feet of water. The company says that triggered a chain reaction of failures that allowed the chemicals to heat up and explode, releasing smoke into the air.

“This was a very dangerous situation,” Ryan said in a statement. “Arkema must take responsibility for its inability to ensure the safety of the people of the Crosby community and those who protect them.”

The lawsuit claims emissions from the fires violated the Texas Clean Air Act and alleges Arkema allowed waste from its treatment plant to spill onto the facility and into a waterway, which the suit cites as a violation of the Texas Water Code.

“We will seek court-ordered changes that will guard against a similar disaster in the future,” Ryan said in a statement.

Rusty Hardin, the attorney for Arkema, released the following statement:

“Suing a victim is never the right solution to a natural disaster. We are disappointed that this lawsuit was filed when we were in discussions with the county to cooperatively resolve the issues. As they and we all know, this was an extraordinary flooding event. Arkema and its employees, like other businesses and individuals in Harris County, were victims of this storm. Our plant is still not open. Our employees are still not back to work. Filing lawsuits is not the solution here. Arkema plans to continue cooperating with authorities, but we will strenuously defend against any and all unfounded claims.”