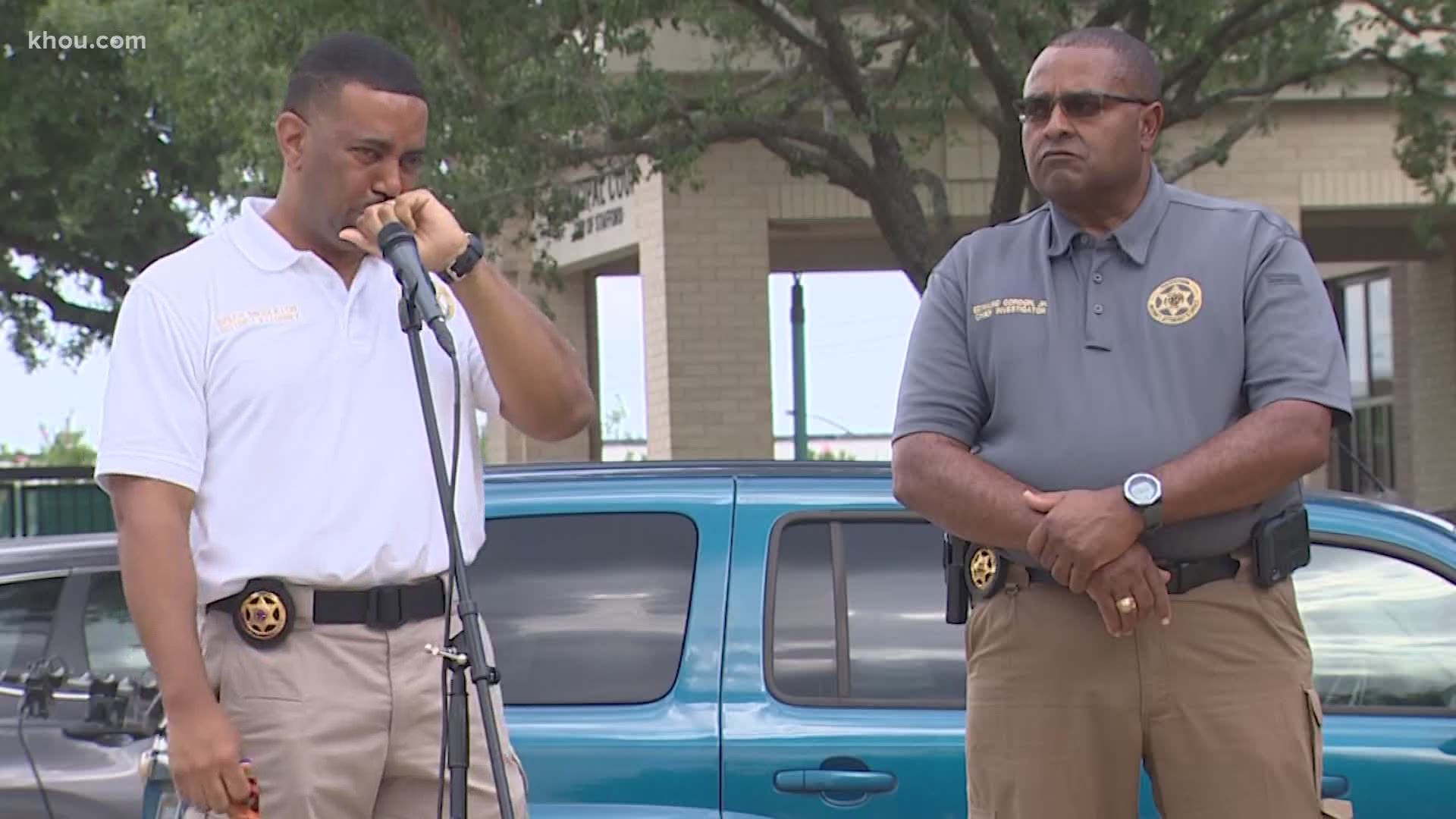 FORT BEND COUNTY, Texas — Dozens of people peacefully protested in Stafford on Saturday to call for criminal justice reform in the wake of George Floyd’s death. Elected officials, including the Fort Bend County District Attorney, promised protestors they are already taking steps to improve the system.

Outside Stafford City Hall, at least 30 people held signs calling for criminal justice reform and an end to police brutality across the country. Many passing drivers honked their horns and gestured in solidarity.

Davis came with several family members, including younger ones like her great-nephew, to expose them to an issue she hopes they won’t have to fight in the future.

“I feel like this time is different,” said Kenton Oleni, Davis’ 19-year-old nephew. “There are protestors all over the world, so I feel like there’s gonna be a change for sure.”

It’s a change many said starts at the ballot box. The protest featured the opportunity to register to vote. The crowd also heard from elected officials like Fort Bend County District Attorney Brian Middleton.

“The pain of racism … you don’t have to get beat up by the police,” said Middletown, getting emotional as he addressed the crowd. “America, you need to wake up.”

Middleton vowed to honor the good officers and get rid of the bad ones. Still, he said Floyd’s death is a symptom of a problem that goes beyond just police.

“It’s the judges, it’s the prosecutors, it’s the teachers in the schools,” he said. “It’s the whole environment. It’s your neighbors.”

“We’re gonna sit down and come up with some solutions to make a difference,” said Middleton. “We’re gonna bring meaningful change to our county and to our criminal justice system.”

Chief Richard Ramirez and several of his Stafford police officers were at the protest, drawing applause at one point from many attendees.

“We’ve been so involved in our community over the last five years that this is kind of like our Fourth of July celebration,” Ramirez said, noting his department’s community policing initiative. “It’s important for us to build that bond with our community because of trust.”

Ramirez said while SPD is not perfect, they strive for transparency.

“Some people claim, ‘Well, you put too much information out,’ because I put out a book every year that tells how many arrests have been made, how many citations have been issued, everything that we do,” Ramirez said. “When we set up our traffic units in specific locations, we tell the public, ‘We’re gonna be working traffic on South Main today.’”

Tim Wood, a Stafford resident who organized Saturday’s protest, told KHOU he’s aiming to have a community forum with Middleton and Ramirez by the end of June.