Derek Chauvin trial: What happens when a jury is sequestered?

Jurors packed their bags and headed to court Monday without any idea of when they'll return home as deliberations in Derek Chauvin's murder trial are set to begin. 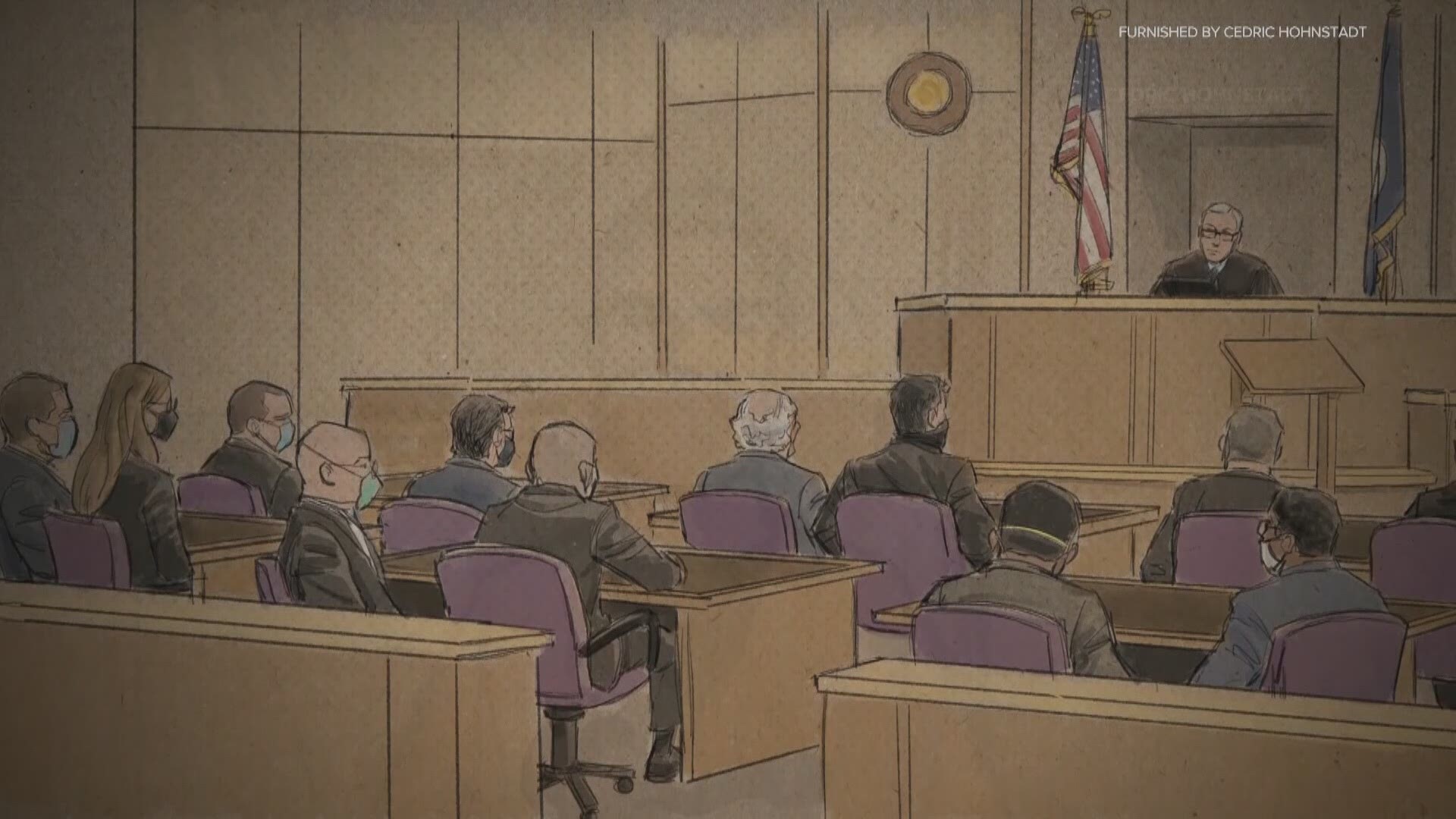 MINNEAPOLIS — The jury in Derek Chauvin's murder trial was sequestered Monday to deliberate the charges the former Minneapolis officer faces in the death of George Floyd last May.

Under the advisement of Judge Peter Cahill, last week jurors were directed to bring their packed bags to court as they won't return home until a verdict is reached. It's unclear how long deliberations could take, and the judge recommended they "plan for long, hope for short."

What does jury sequestration mean?

Sequestering a jury means separating jurors from other people, keeping the individuals deliberating the verdict away from outside influences that could potentially sway their opinions.

Throughout Chauvin's trial, jurors have been partially sequestered, supervised in the courthouse at all times. But they've been allowed to go home at night, according to our VERIFY fact-checking team.

Now, the jury will be required to stay in a hotel until a verdict is reached. Each day, jurors will deliberate until the early evening. They won't have their phones or electronic devices with them, KARE 11 Anchor Lou Raguse said.

"Because this jury is being sequestered, they are in effect going into a bubble," criminal defense attorney Brock Hunter told KARE. "Completely isolated from the rest of the world."

Hunter explained that jurors will also be escorted everywhere by sheriff's deputies, who will make sure they're safe and that no one has contact with them.

"That's going to extend to their hotel. The sheriff's deputies are going to be present and make sure that they're not leaving, that they're not having any communications with the outside world. It's a very strange, twilight zone-like existence for these jurors," he explained.

Mark Osler, a professor at University of St. Thomas Law School in Minneapolis, said the decision to sequester a jury is standard in high-profile cases.

RELATED: The Derek Chauvin trial jury is only partially sequestered until deliberation

What happens inside the jury deliberation room?

Experts expect jurors to begin deliberations by spending a lengthy amount of time on the jury instructions, Hunter said.

He said the instructions for this case are complicated, and it may take time for jurors to understand what the parameters are for reaching a verdict.

Then, Hunter said, the jury will begin deliberating.

"There's no real guidance for jurors as for how to go about doing this, but it's not uncommon perhaps for juries to take an initial vote," he said. "Just to go around the table and see where each juror is sitting and get a sense of where that's at. If they're all in the same place regarding guilt or innocence, it can be a very, very quick thing."

Is there evidence that sequestration forces a quicker verdict?

Hunter said in his opinion, jurors staying away from their families and homes will feel an additional level of pressure to reach a decision.

"It's just a natural human emotion to want to get back to your regular life, particularly after this trial and weeks and weeks of intensive testimony and evidence," he said. "I'm sure all of these jurors are exhausted. They want more than anything to get this over with."