HPD: Man kills wife, self while visiting her at rehabilitation facility

Houston police said the husband and wife were in her room alone when staff heard what sounded like a popping sound. 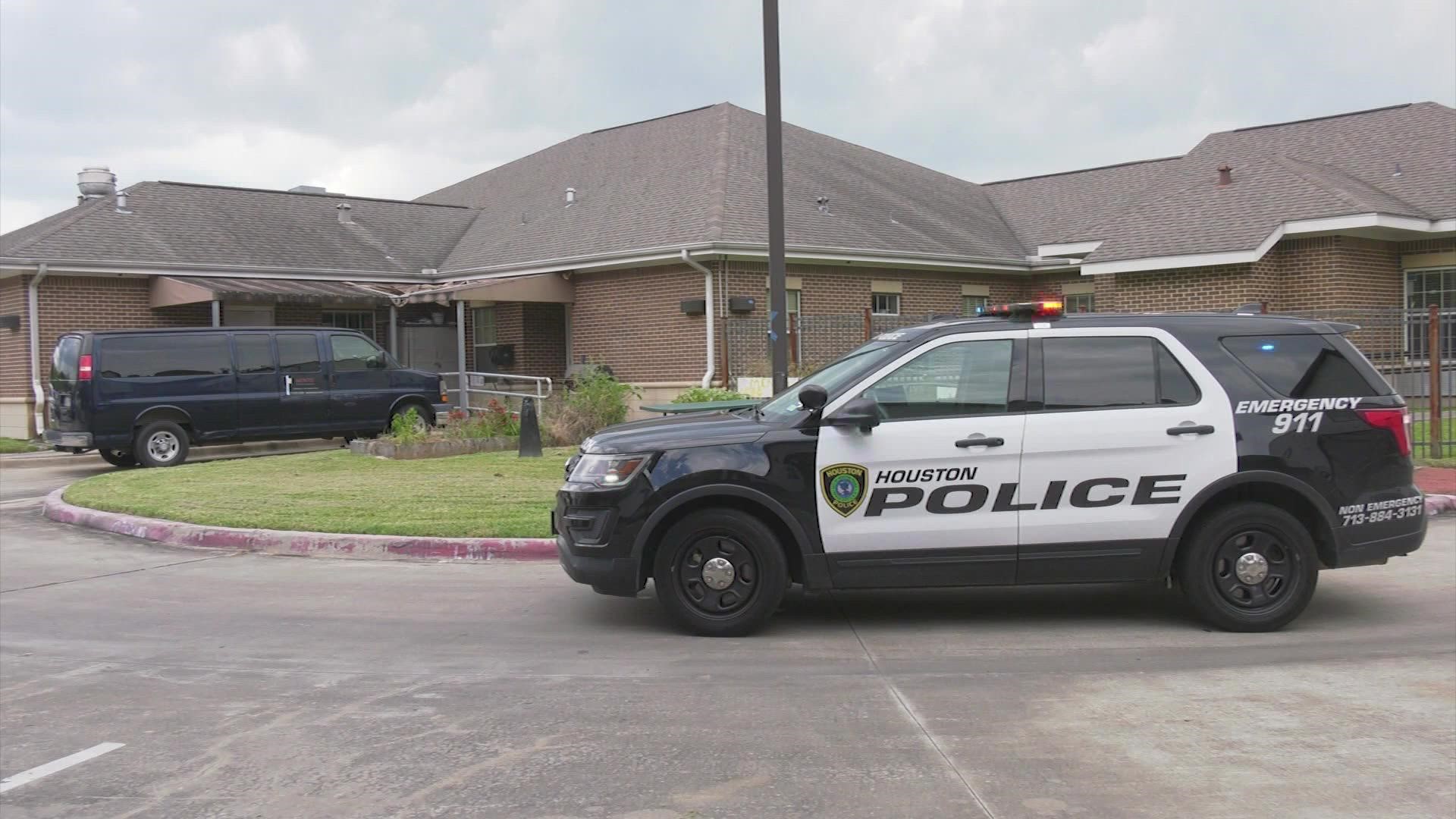 HOUSTON — Houston police said they think a man shot his wife to death before shooting himself Sunday while visiting her at a rehabilitation center.

Officers responded to the center in the 9500 block of Fannin Street, near Almeda and Holmes Road, at about 2:50 p.m. Police said the case is being investigated as a murder-suicide.

Investigators said a 78-year-old woman who had recently suffered a stroke was being treated at the center. They said her 80-year-old husband came to visit her, and at some point, the staff said they heard what sounded like a popping sound coming from her room.

According to police, the staff later went to check on the woman and found her slumped over in a wheelchair. She had suffered a gunshot wound. They tried to perform CPR, and that's when investigators said nurses noticed the husband dead on the floor next to his wife.

A pistol the husband had apparently brought to the facility was found next to him, according tot police.

HPD said no one else was in the room at the time of the shootings.