The driver of the vehicle was trapped in the rubble until firefighters arrived. 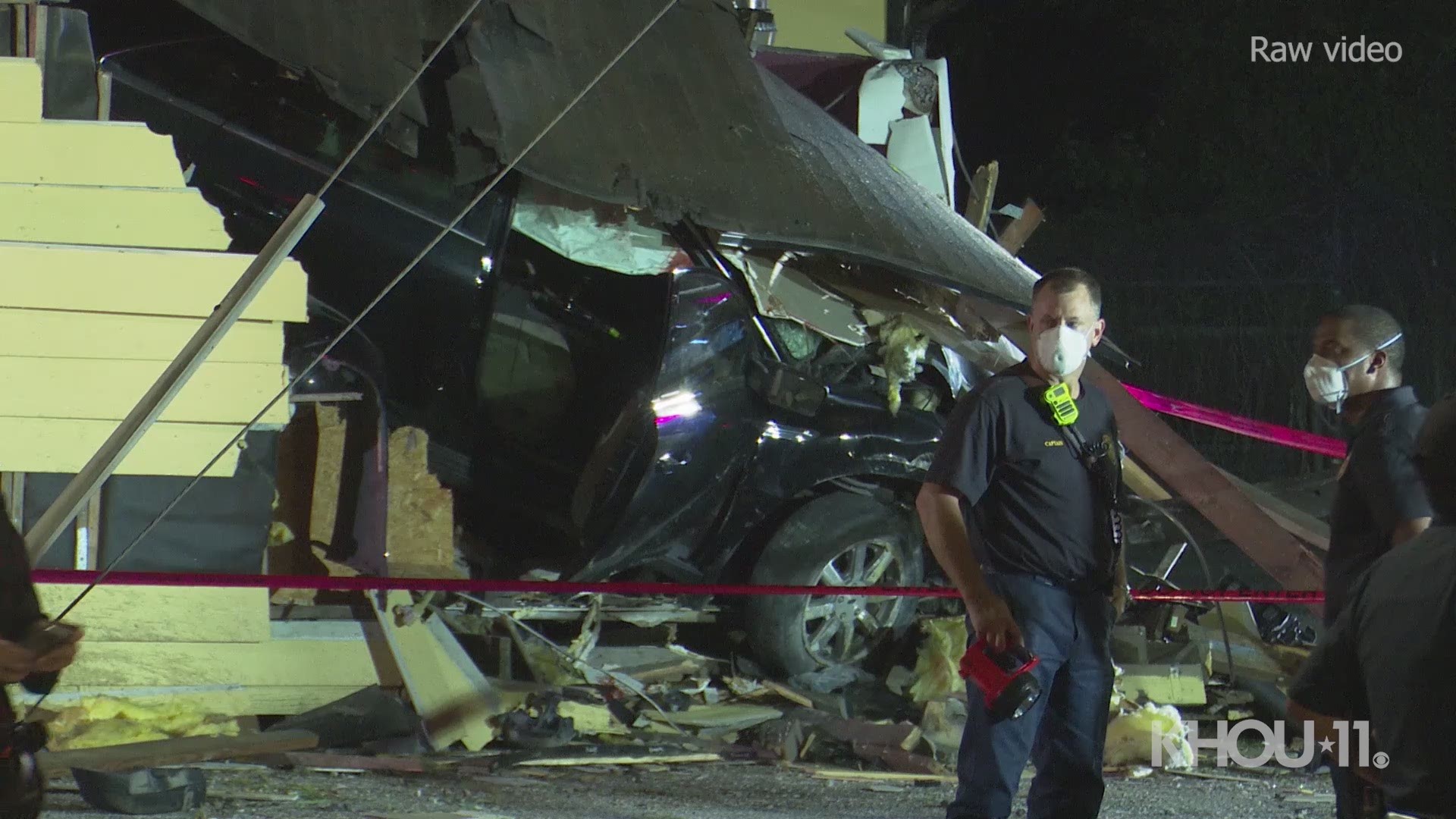 HOUSTON — Houston police and firefighters responded to a major crash early Friday morning that sent a driver to the hospital and destroyed a beauty salon.

A witness tells KHOU 11 News she was opening her business nearby at the time of the crash. She said she could hear the speeding car, possibly going 100 mph, when the driver tried to make a turn and crashed.

The vehicle went airborne and plowed through the roof of a beauty salon, crushing the building and trapping the driver inside.

Firefighters helped to free the driver from the car, a black sedan.

He or she was taken to the hospital and is expected to survive, police at the scene said.