Dr. Stephen Kimmel needed to get to Clear Lake Regional Medical Center in the midst of Hurricane Harvey to perform surgery on an adolescent boy who had testicular torsion. A volunteer rescuer risked his life to help get the doctor to the hospital. 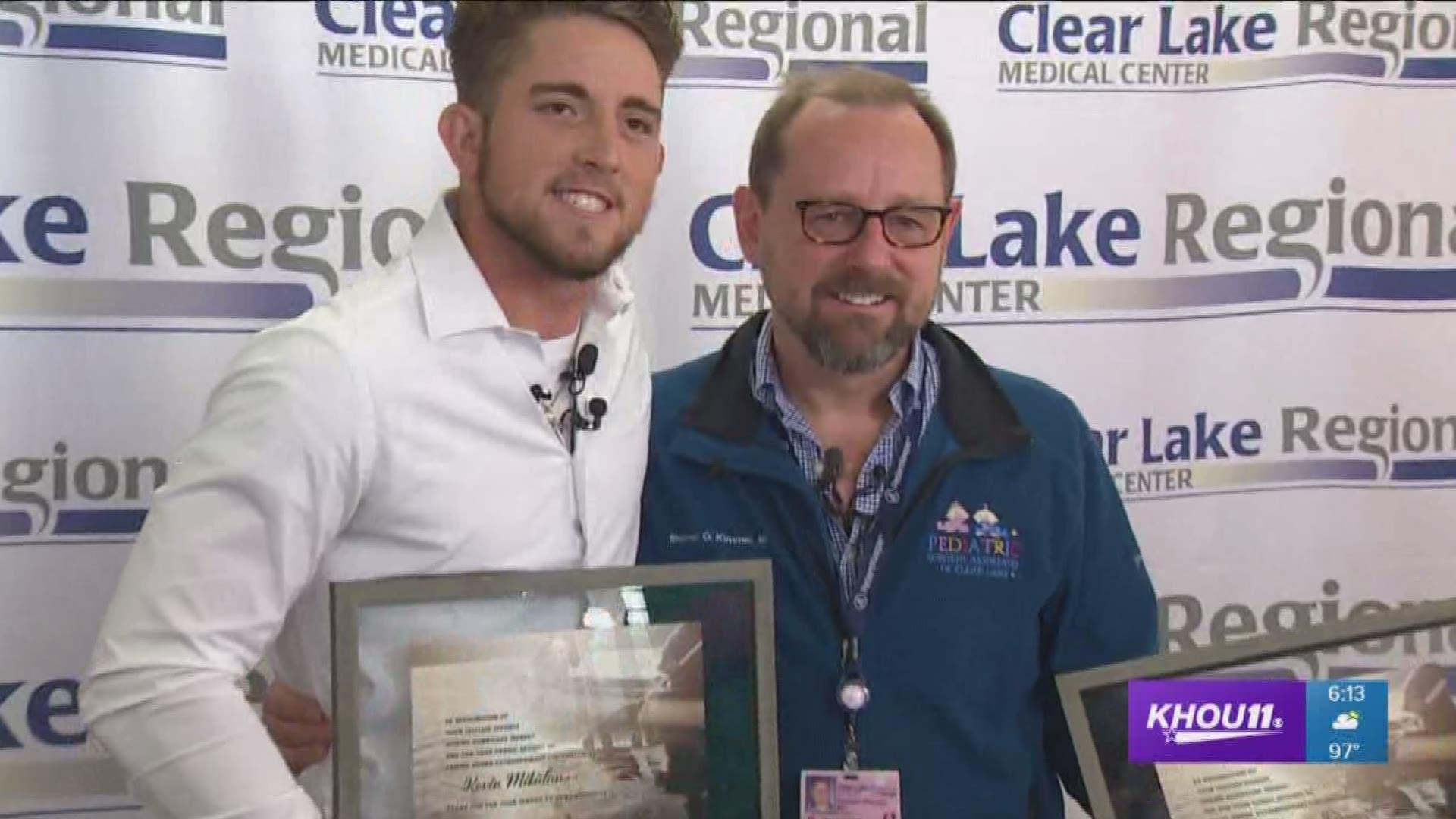 HOUSTON - Two Harvey heroes are reunited for the first time since the devastating hurricane.

They were a volunteer rescuer and the doctor he picked up for a critical surgery in the middle of the night as Harvey barreled down on southeast Texas.

Referring to Dr. Stephen Kimmel, hospital CEO Todd Caliva said, “A lot people don't know the story of how you left your family because you got word that a young man's life was in jeopardy.”

The pediatric surgeon tried but couldn't get to the hospital. So, Kevin Mikulan and his buddy volunteered to go get the doctor at 2:30 in the morning. The pair got the address, slipped the paper into a Ziploc bag and set out with a canoe on the back of their truck.

Mikulan joked, “I was surprised we found the house. I hope this is it.”

Kimmel remembers answering the door and said, “I thought we were gonna get into a big shiny truck and we were just gonna drive out.”

Instead, they ran on foot for almost a mile in 6 to 8 inches of water, then traveled by truck and then by canoe to cover the 11 miles to the hospital. The typical 15-minute trip took an hour in the dark of night.

They were fighting the clock. An adolescent boy had testicular torsion (twisted testicle) and a six-hour window for surgery or risk losing the organ.

Did the men think about their personal risk during the harrowing journey as they passed motorists sitting on the hoods of their flooded cars?

An emotional Kimmel choked up answering, “Not till after. Glad I didn't think of it till then.”

In fact, Kimmel had to leave his own family in their two-story home. Eventually the Coast Guard rescued them.

On this day, the hospital saluted both men. Clear Lake Regional gave them plaques and thanks for their courage, selflessness and for being Houston strong.

Mikulan is now heading to the Air Force where he will be a firefighter.