Gully said over the years, he and his adoptive dad tried to track down his birth mom, but without success. In November, he used the at-home Ancestry.com DNA kit to help find her. 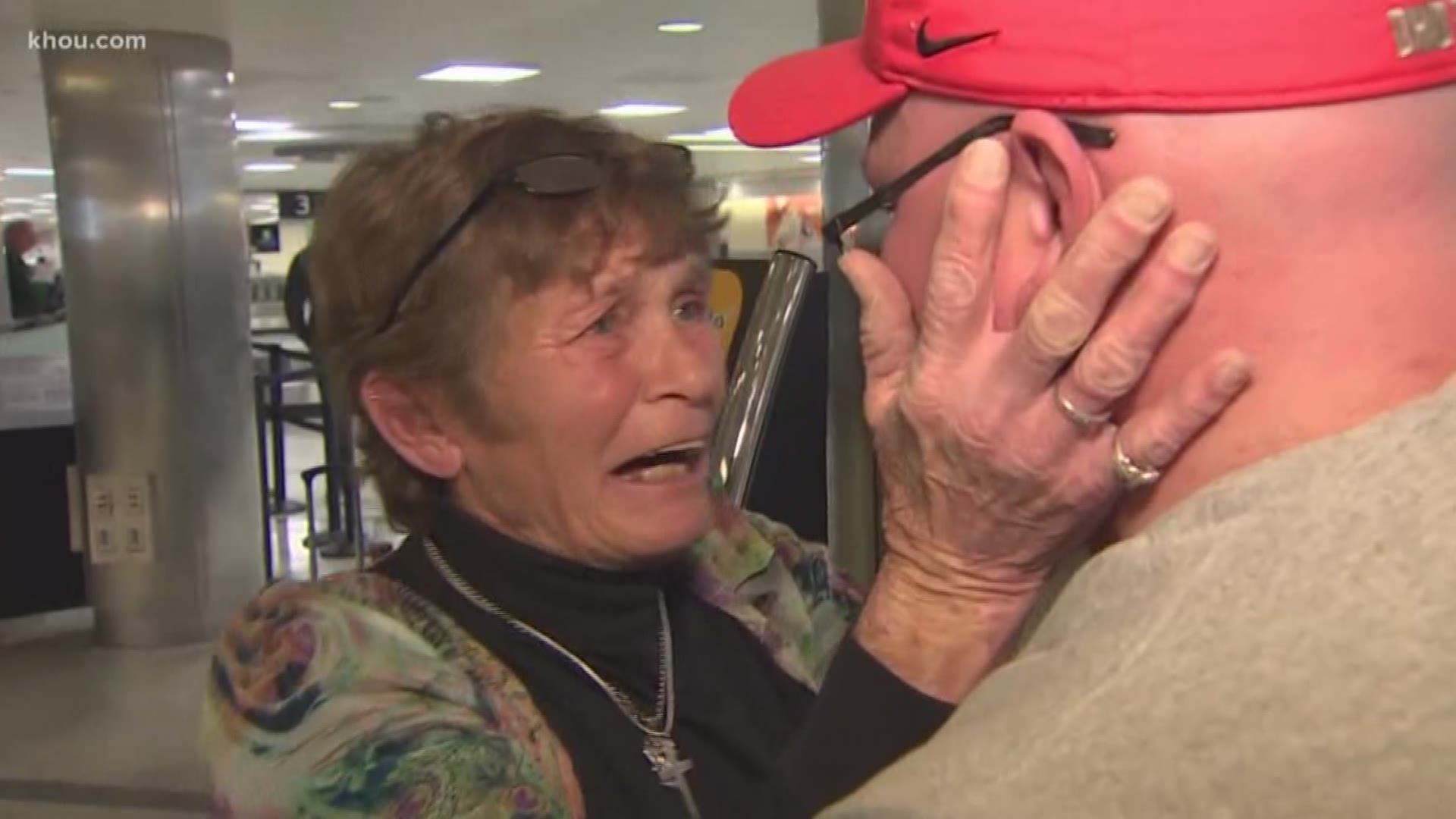 His biological mother, whom he has waited 40 years to meet, is a native Houstonian.

He flew in to Hobby Airport on Wednesday from Charleston, West Virginia, where he currently lives. Gully said reuniting with his mother has been his dream ever since learning he was adopted at a young age.

“It’s always been a question, an emptiness,” Gully said.

Gully said over the years, he and his adoptive dad tried to track down his birth mom, but without success. In November, he used the at-home Ancestry.com DNA kit  to help find her. The results helped him connect him with a cousin in Illinois who also had used the kit.

“She said that she knew my mom and that she was looking for me,” Gully said.

That’s all Gully ever wanted to hear. He immediately called his mother, Patricia Copeland Weaver, and they made a plan to meet.

The reunion was filled with emotions and the two embraced for a long time.

Crying happy tears while hugging, Weaver said, “Let me look at you. Look at you, you’re so grown."

Weaver said she never stopped wondering about the baby boy she put up for adoption.

Gully was raised in Cincinnati, Ohio, in a family he describes as loving and supportive.

“I prayed that he wasn’t abused,” Weaver said.

The 58 year-old native Houstonian says she wasn’t able to care for him when she gave birth 40 years ago.

“They put him on my chest when he was born, and I said, ‘I love you. Please come find me,'” she said.

Gully, a father of two boys, says he was on a mission to do just that.

The two credit the DNA kit for reuniting them.

“I have my baby back,” Weaver said.

Gully will be in town for the next two weeks reuniting with aunts, uncles, cousins and two half-brothers. His birth mom said her father is turning 90 years old next week, and getting to meet his grandson is the greatest gift anyone could give him.