During a press conference, Kim Ogg, HPD and Crime Stoppers stood together in support of criminal justice reform. 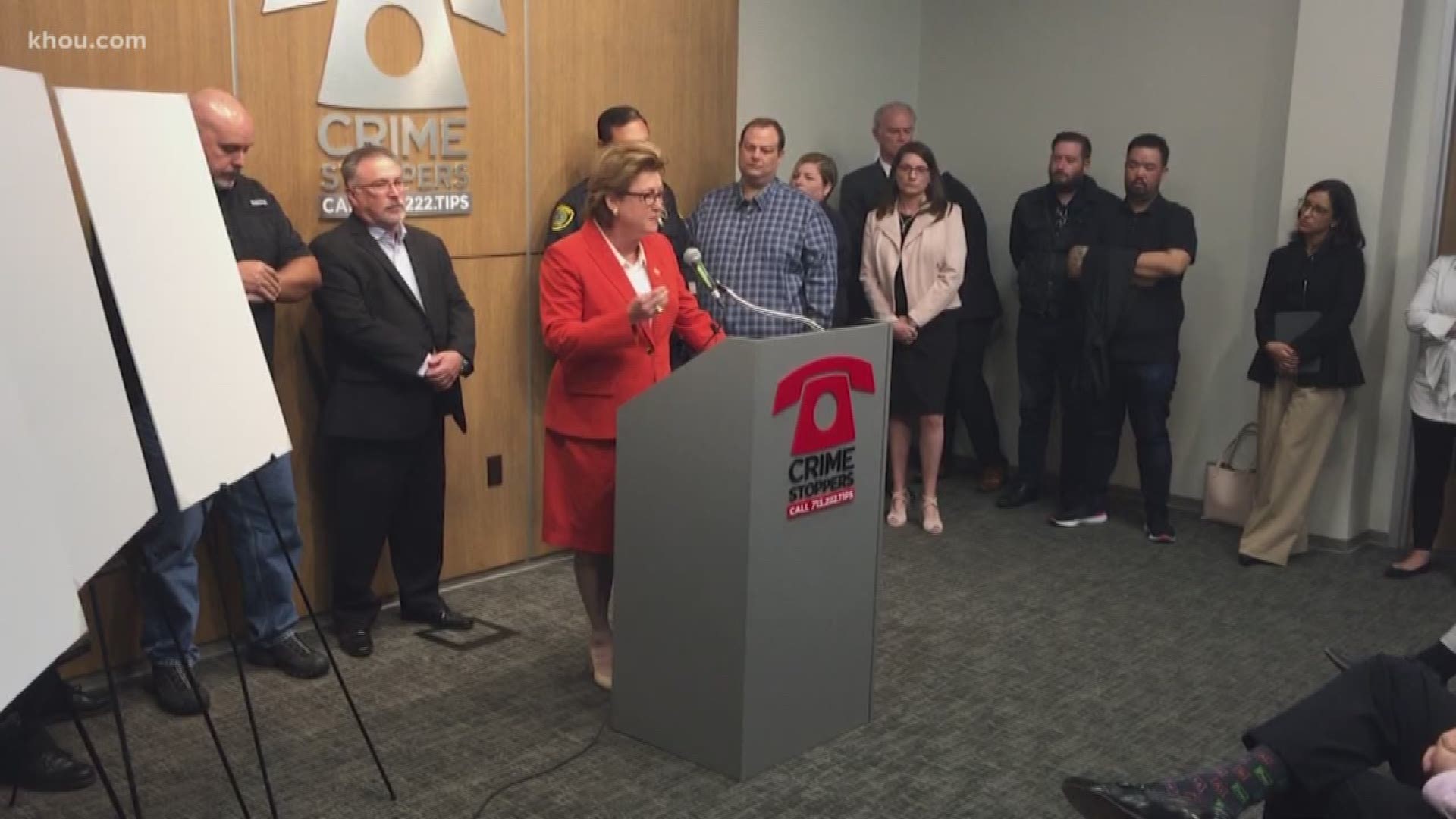 Next Monday a federal judge is set to hear arguments in a lawsuit on the issue.

District Attorney Kim Ogg said they want to be included in the process of drafting bail reform. However, they also wanted to clear some misconceptions as to who is responsible for issuing bonds.

Bond reform is a complicated issue and Harris County District Attorney Kim Ogg says she’s encountered a lot of confusion as to how they work.

“Bail is determined by judges. The judiciary has the sole responsibility and decision making authority in bail,” Ogg said.

Ogg said the district attorney’s office role is to present evidence about a defendant’s likelihood to reappear in court or their threat to the community. She said she’s fought to keep nonviolent misdemeanor offenders out of jail if they couldn’t afford bond.

But, Ogg said some judges are letting violent repeat offenders slip through the cracks.

“Felony and district court judges have been granting bonds in cases that historically we didn’t see then,” she said.

Crime Stoppers director of victim services Andy Kahan said there are about 3,000 defendants out on bond for aggravated offenses including capital murder, aggravated robbery or assault.

Kahan said they will now showcase all known suspects and fugitives’ prior convictions, criminal history and whether they are on parole, probation or bond.

Houston Police Chief Art Acevedo said this is a problem.

He said judges need to do their jobs as the future of bond reform remains undecided.

“We’re not going to let you be behind closed doors and make decisions that place officers and the community at risk and then not speak about it,” Acevedo said.