“We are in track for a turnout rate that will be unprecedented," said Bob Stein, KHOU 11 political analyst and political science professor at Rice University. 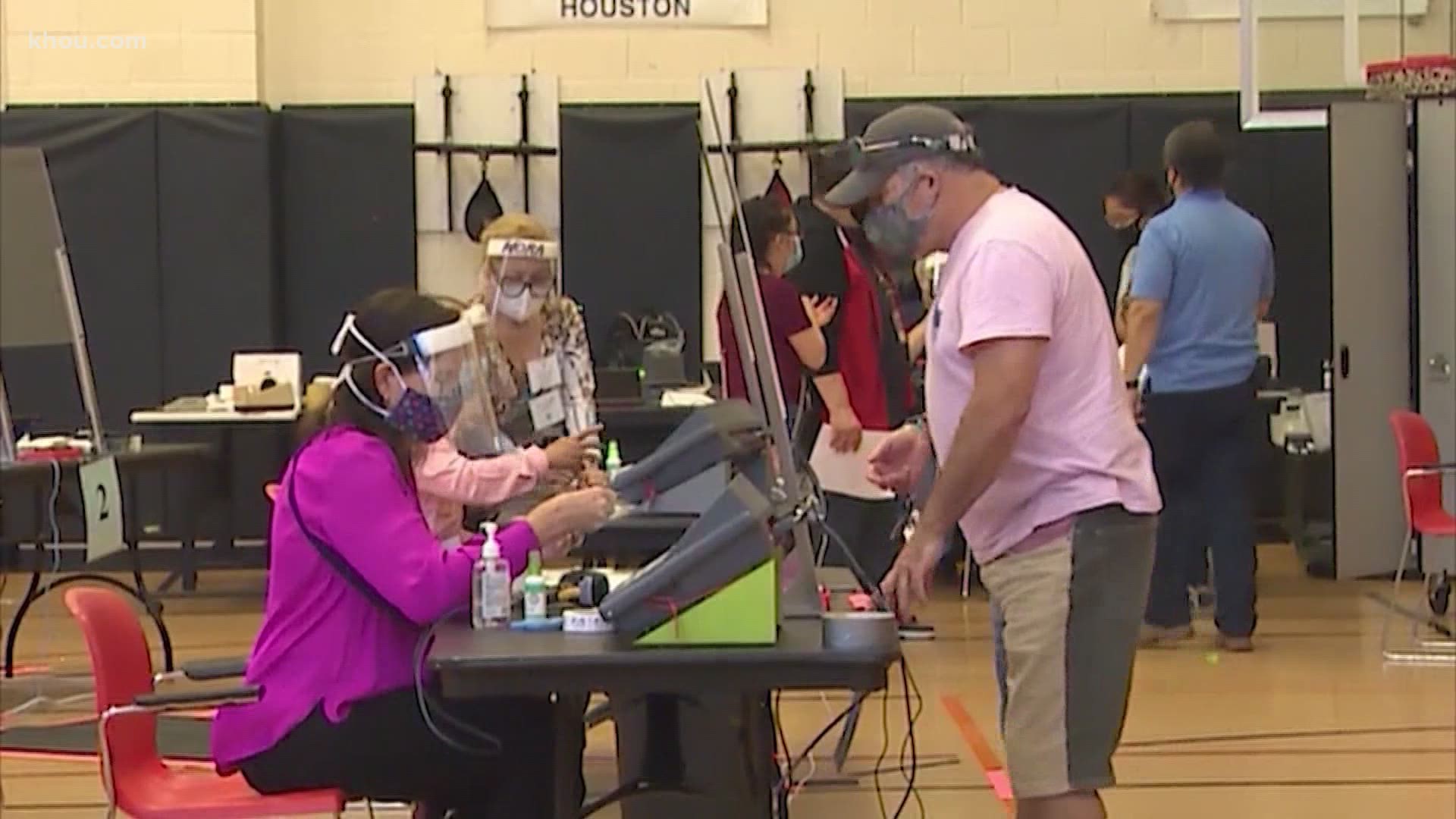 HOUSTON — The weekend did not stop voters from casting their ballots.

The Harris County Clerk’s Office said more than 55,000 people voted early on Saturday. As of Friday, more than 511,000 people have voted in person since voting centers opened on Tuesday.

Another 241,000 have mailed-in their ballots. It more than doubles all the mail-in votes cast during the 2016 election.

“We are in track for a turnout rate that will be unprecedented," said Bob Stein, KHOU 11 political analyst and political science professor at Rice University.

Stein is not surprised by the amount of people who have voted early in the 2020 election. He predicts up to 75 percent of all votes cast in the county will be done before Election Day.

“Just in Harris County, we will have about a 1.6 to 1.7 million votes casts in this election out of about 2.3 million voters,” Stein said.

He said since the last election, 250,000 more people registered to vote in Harris County.

“The most likely person in that new registered pool to vote were men and women, in particularly women, of color, and particularly Latinx,” Stein said.

At the moment, Stein said almost 60 percent of mail-in votes and 62 percent of in-person early votes have been made by Democrats.

He said President Donald Trump’s criticism of mail-in voting may drive more Republicans to wait until Election Day to vote.

So who benefits from the higher turnout in early in-person voting and mail-in ballots versus waiting until Nov. 3?

While Stein said Texas is considered a battleground state, he expects it to go to President Trump by a smaller margin than in 2016.