It might be the first time a sitting president has made a stop this small city where 72 percent of its 2,300 residents voted for President Trump in 2016. 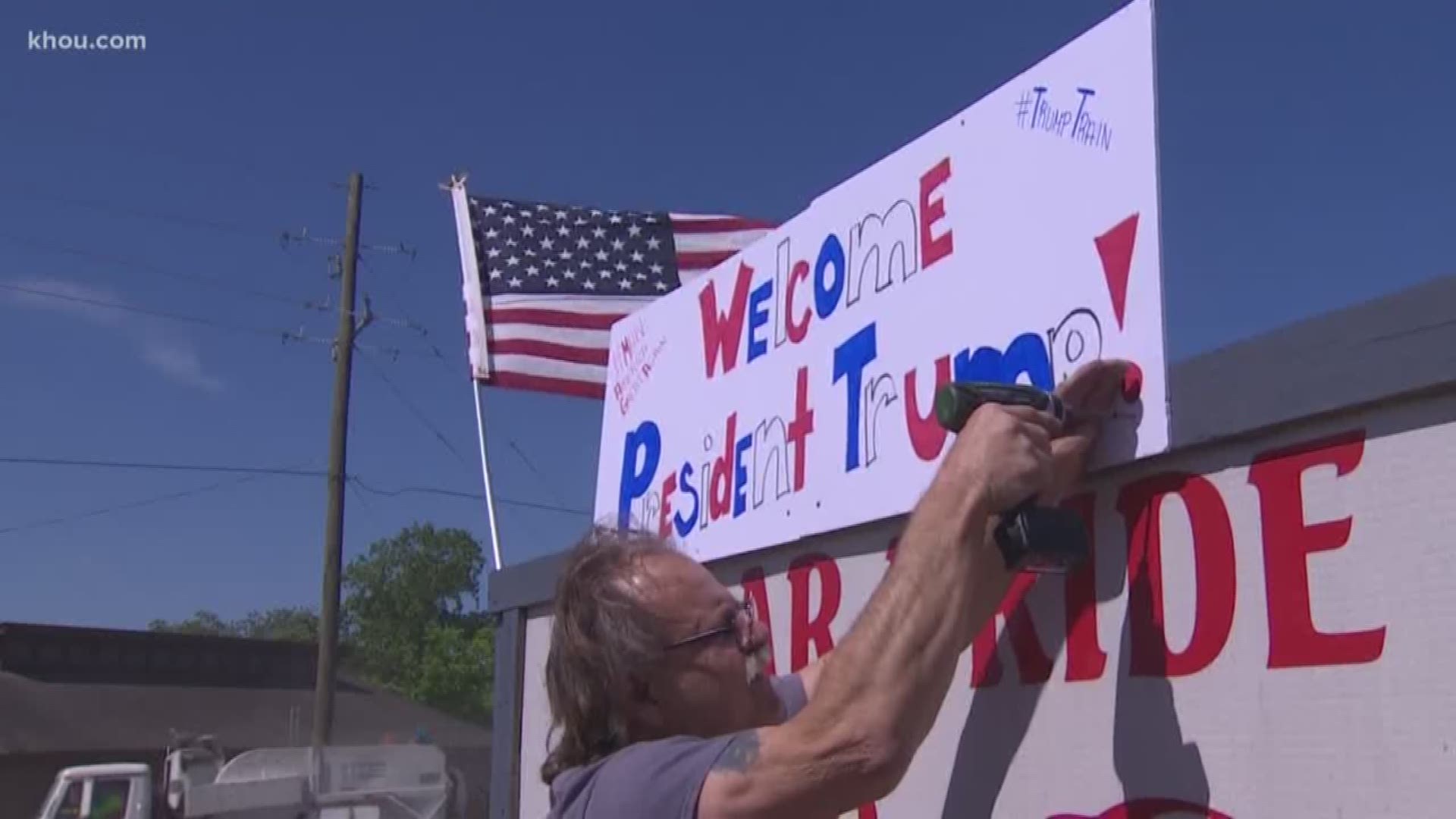 CROSBY, Texas — Residents in the small city of Crosby were gearing up early for the historic presidential visit. They started posting handwritten welcome signs along the main thoroughfare, taking advantage of the picture-perfect weather.

“I feel like he’s doing a lot of good things for our country,” said 14-year-old Shelby Kouba, who stayed home from school today.

Supporters started to line FM 2100 early to get a spot and put up their umbrellas.

Angelica Rodriguez and her two kids made a 1-mile trek to be close to where President Donald Trump will be delivering his speech.

“Even though we won’t meet him, we will at least see the motorcade,” Rodriguez said.

It might be the first time a sitting president has made a stop this small city where 72 percent of its 2,300 residents voted for President Trump in 2016.

“I think he’s done a lot, as far as getting jobs for people,” said Denise Harrison, who has lived in Crosby for 28 years.

The president spoke at a union-run heavy equipment training facility where he outlined his plans to boost the country’s oil and gas production.

His visit took place just one week after the deadly explosion at the KMCO chemical plant in Crosby. Residents are very concerned about plant safety.

“That was pretty scary,” Harrison added.

Not everyone is pleased with the president’s visit to Crosby, which sits on the eastern edge of Harris County. A group of protestors held up signs saying “Dump Trump” and “Putin’s Puppet.”

“He is tearing this country apart,” a protestor said.

Shelby Kouba, who was joined by her two sisters and grandmother, said she’s just happy the president has made it to her hometown.

Trump's order would make it harder to block pipelines