Sheriff Ed Gonzalez said one suspect is in custody. However, they believe two more suspects are still at large. 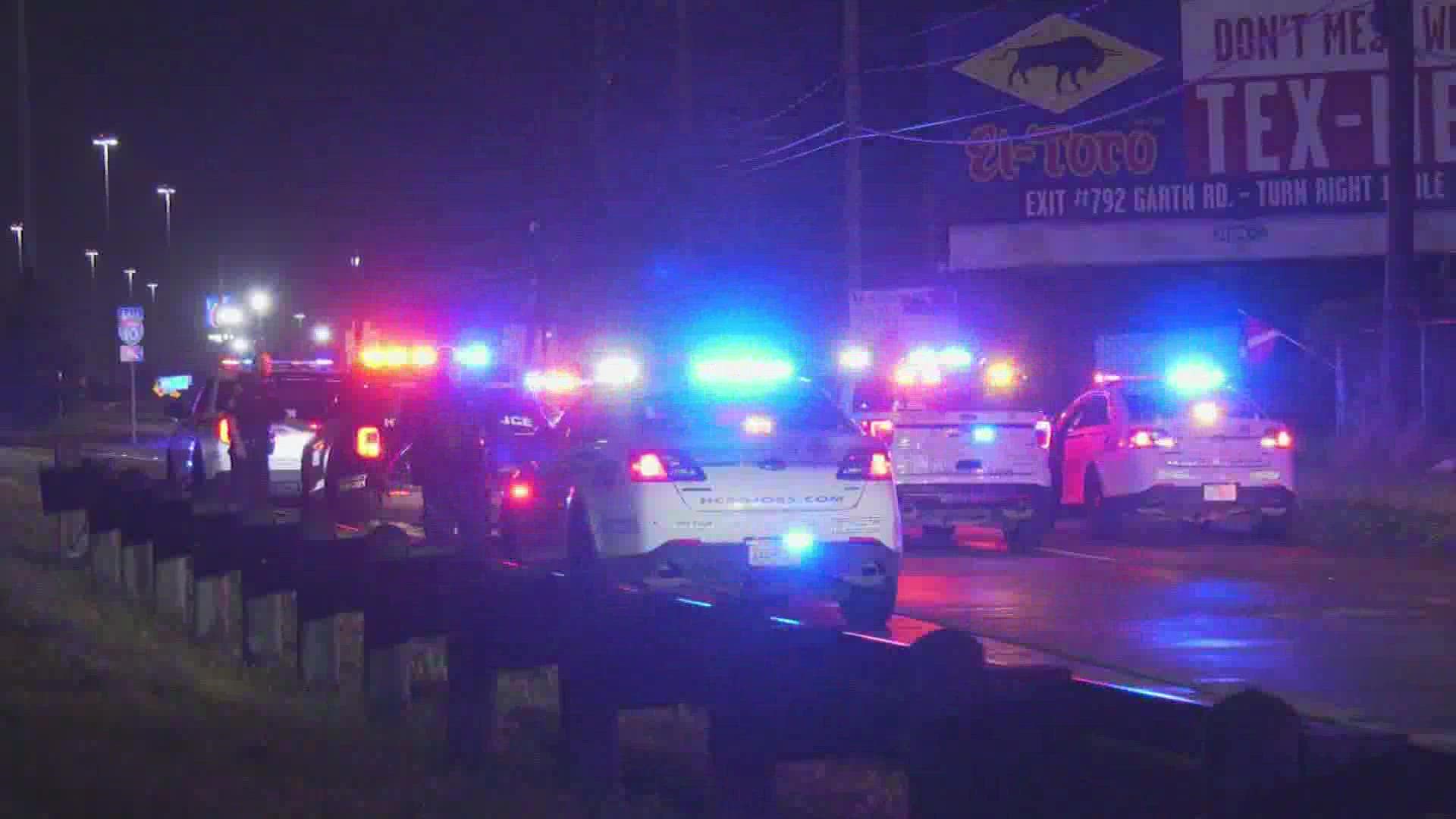 CHANNELVIEW, Texas — One person is dead and another is injured after a SWAT situation unfolded overnight at a game room in Channelview, according to the Harris County Sheriff's Office.

Officers responded to a robbery in progress call just before 2 a.m. Monday in the 16200 block of Avenue C. HCSO was told three men were robbing the business.

HCSO Lt. Susan Cotter said an officer responding to the scene arrived and found the deceased victim outside the building. Investigators said he went inside, where he was met with gunfire. He shot back.

"It's unknown if [the officer] struck anybody with that return fire," Cotter said.

SWAT officers were called to the scene. Sheriff Ed Gonzalez said one suspect has been taken into custody as of 6 a.m.

Cotter said the suspect had surrendered to officers. Investigators believe at least two others suspects may still be at large.

Update to incident on Avenue C: one suspect has been taken into custody. #HouNews https://t.co/R5gNo4ibUy

One person was reportedly pistol whipped during the incident. Cotter said they were taken to Memorial Hermann hospital.

No word of any other injuries.

The deceased person's name has not been released. Cotter said officers don't believe they're a suspect, but investigators are still working to confirm.