The HCSO bomb took the 80-pound cannonball to a county gun range to detonate it in a safe environment, a Precinct 1 spokesman said. 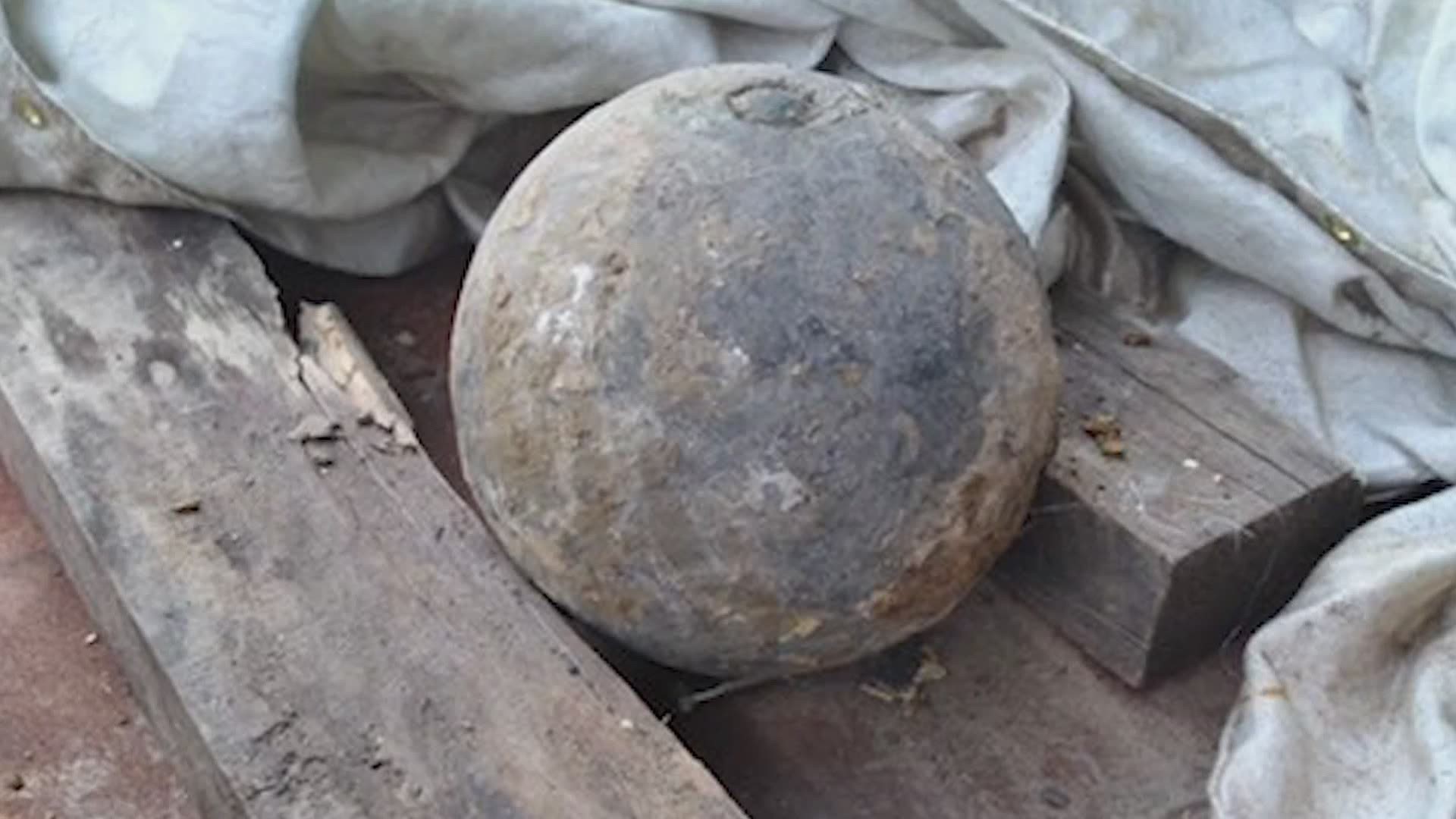 A spokesman said it appeared to have some sort of charge, so a bomb detection crew and bomb-sniffing dog were brought in.

“They first noticed sort of a brick wall -- as I understand it -- and then a wooden pylon. When they broke through that, that’s when they apparently hit what we now believe to be this cannonball," said Kevin Quinn, Harris County Precinct 1 Constable’s Office Director of Communications.

The bomb squad was able to remove the piece of history safely. But how did it get there?

The 80-pound cannonball was 18 feet below ground on Caroline Street near Preston.

Matt Clavin, a history professor at the University of Houston, said it’s a rare find but not unheard of in this part of Houston.

“Well, it’s not a modern cannonball in any way, shape or form,” Clavin said. “It is old, and it is massive.”

Clavin believes the cannonball dates back to the Civil War. He said these types of things have been found in Houston and along Buffalo Bayou since the war ended in 1865.

Closing street near Caroline and Preston as precaution. Construction workers have located what appears to be cannonball or other potential explosive device. Bomb squad will work to ensure diffused safely. #hounews pic.twitter.com/zHbE3uXA80

Clavin thinks it may have been moved around on land.

“This cannonball they found is so heavy, I don’t see it being moved in a century and half of flooding. I think someone just dumped it on the earth and it just sunk deeper and deeper over the decades,” Clavin said.

“The Civil War was very relevant to all Texans and Houstonian sin the 19th century, and this is a concrete or lead example if you will of how this really mattered to Texans,” Clavin said.

Cannonball estimated to weigh 80+ lbs. Discovery made underneath Caroline Street (approximately where you see the construction workers standing in first pic) during Harris County construction project. 18’ down, 18’ from curb. #hounews pic.twitter.com/tG64yy7SIP

On Thursday, the bomb squad couldn't tell if it's active with an X-ray machine so they decided to get it out of there.

Caroline at Preston was closed until they removed the device. Two floors at the nearby Juvenile Justice Center were briefly evacuated.

Once it's detonated, the device will be turned over to the local historical society so they can take a look. They said other cannonballs were found in the area about 30 years ago.