It is incredible that both drivers survived the incident. 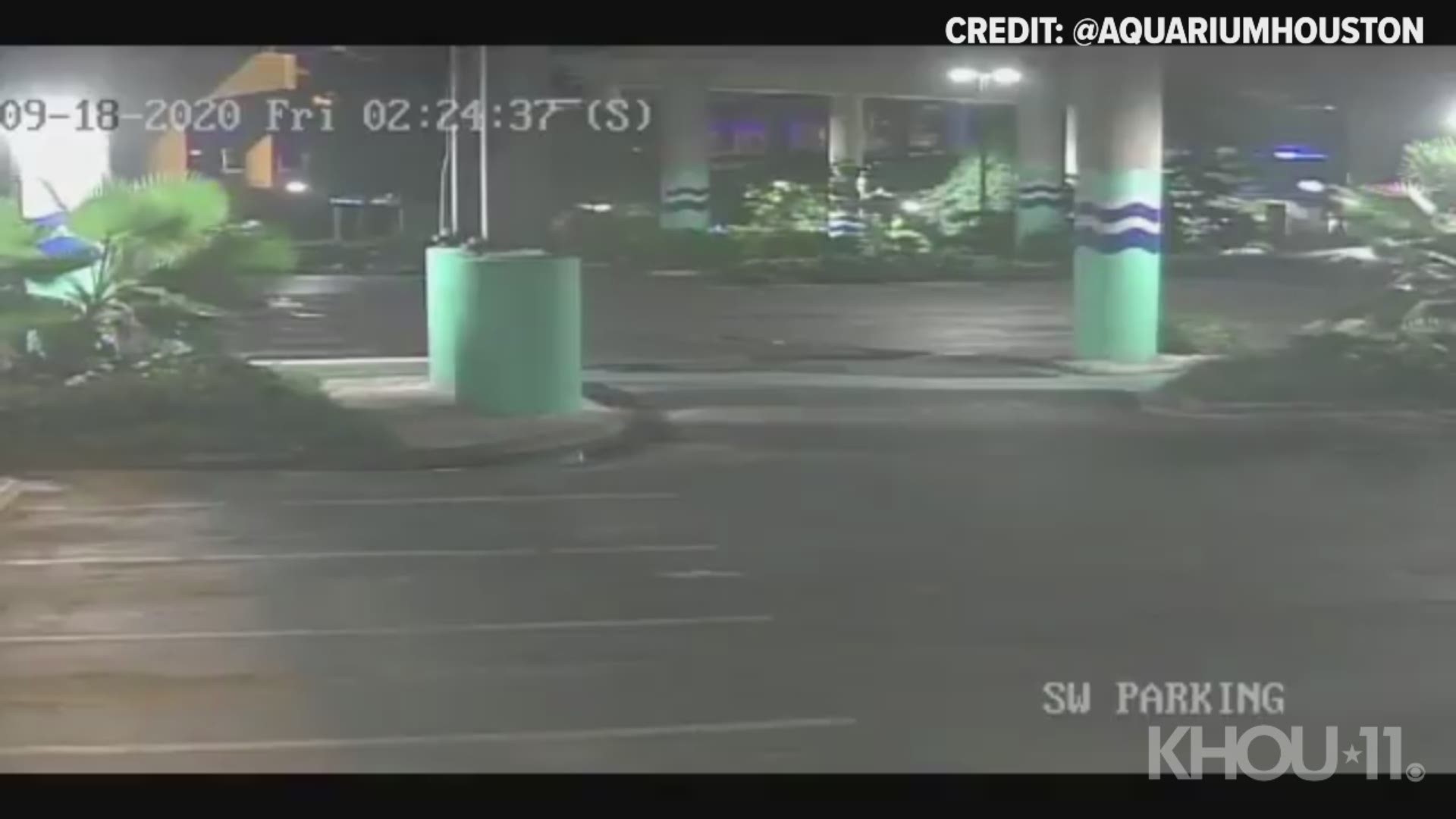 HOUSTON — A woman traveling the wrong direction on I-45 caused a head-on crash, sending a big rig falling onto the Downtown Aquarium parking lot below, Houston police said Friday.

The crash happened in the early-morning hours, shutting down the freeway’s southbound lanes near I-10 for several hours.

Police told KHOU 11's Janel Forte that a woman, 56, was traveling northbound in the southbound lanes of the Pierce Elevated when she crashed into the 18-wheeler. The truck fell about 30 feet and was demolished on the parking lot below.

The crash was caught on surveillance video.

It is incredible that both drivers survived the incident, but both were taken to the hospital with various injuries. The big rig driver, 65, suffered lacerations and was placed in a neck brace before being loaded into an ambulance. Even still, authorities at the scene described his injuries as "minor."

The freeway’s southbound lanes were blocked until after 7 a.m. so hazmat crews could clean up fuel and investigators could check out the Pierce Elevated for any damage. The freeway has since fully reopened.

No names have been released, but police indicated the woman who caused the crash may face charges.