It took about 20 to 30 firefighters to knock out the large fire that firefighters believe started on a second-floor balcony. 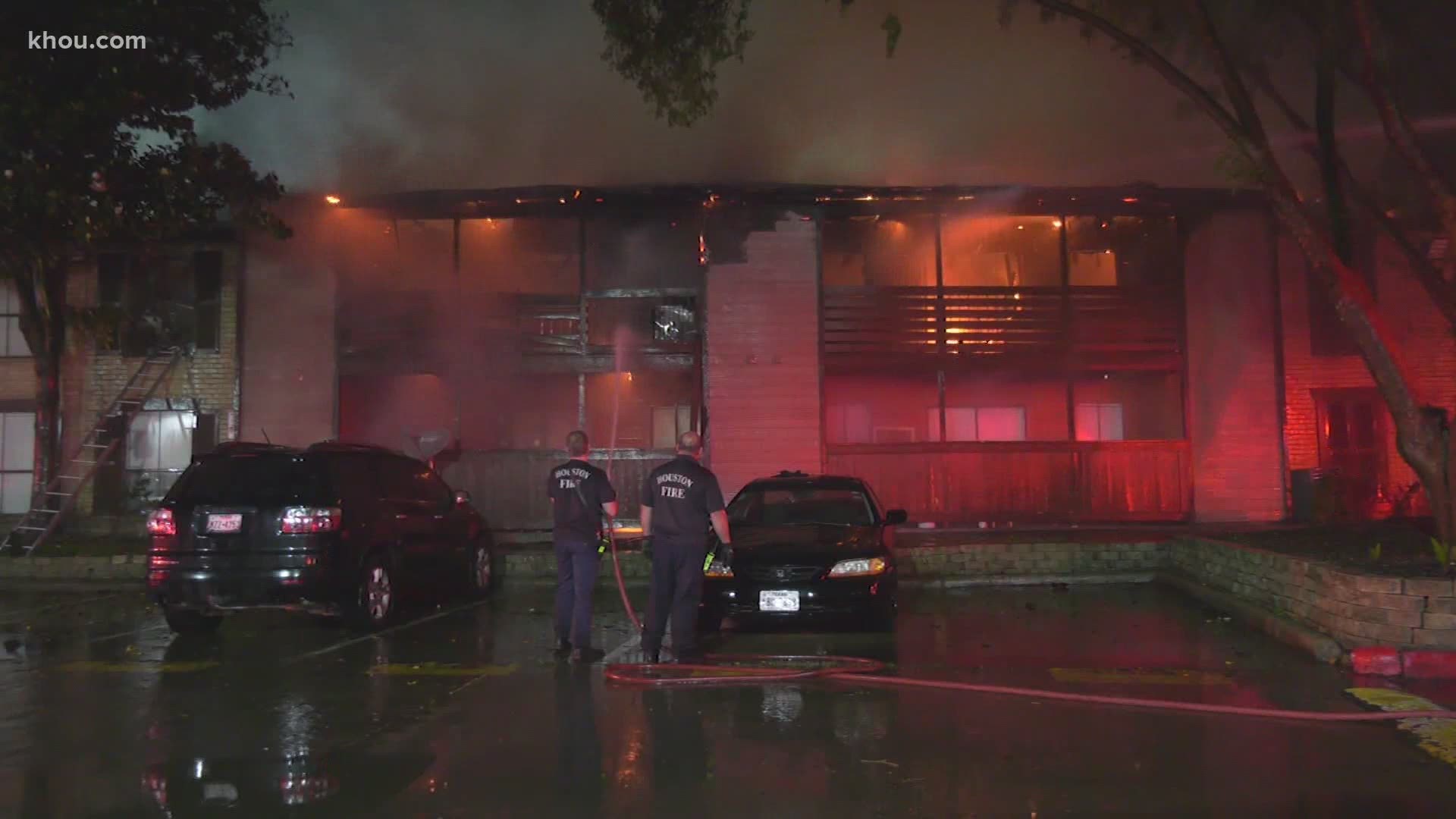 HOUSTON — Several families have been displaced after a fire tore through an apartment complex late Saturday night.

The fire broke out at The Hudson Apartment Homes at 3131 Hayes Road just before 11 p.m.

Witnesses said they saw someone cooking on the balcony porch where the fire may have started. Arson investigators are looking into the reports and are trying to determine the origin of the fire.

“A majority of the damage was on the balcony. You can see that the fire started getting progressively worse. Once it got into the attic and then the roof then we tried to knock it down from there,” said Houston Fire Department District Fire Chief Isaac Garcia.

Uriel Pillado and his girlfriend were eating when a stranger knocked on their door and told them to get out because their building was on fire.

Thankfully, no residents were injured and all of the firefighters who battled the fire are safe.

“Thank God it was just me and my girlfriend. We got out quickly. Thank God my family wasn’t here to experience this,” Pillado said.

It took about 20 to 30 firefighters to knock out the large fire.

“It did get up in the attic but crews did a fantastic job from letting it getting any further,” Garcia said.

The Red Cross was called in to help the displaced families.