The driver who was hit called 911 to report that she was trapped in her vehicle. 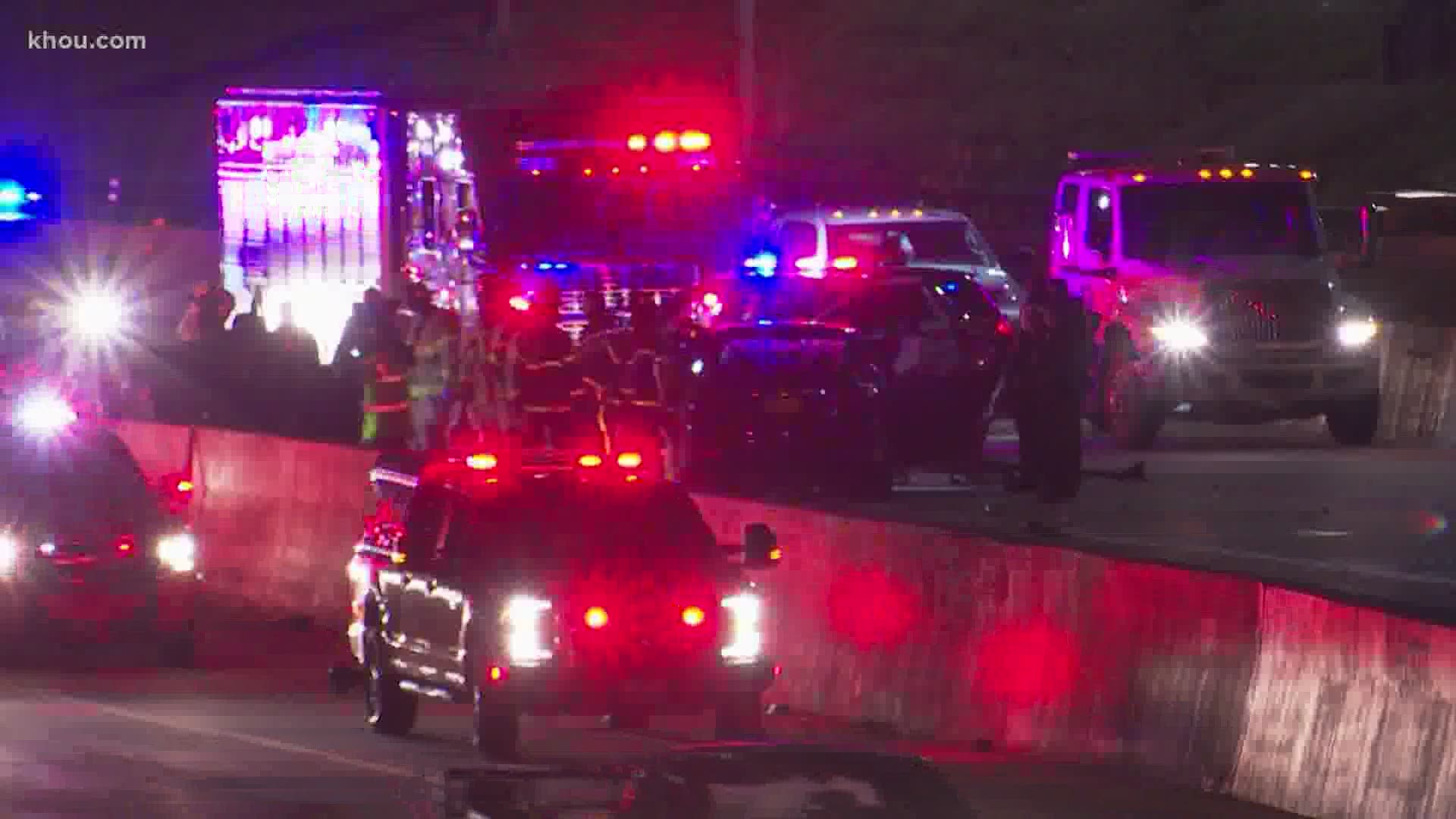 HOUSTON — A wrong-way driver and her passenger were both killed when they crashed head-on into another vehicle late Tuesday, Houston police said.

The crash happened at about 10:25 p.m. along the newly-opened Highway 288 express tollway.

Police said they started receiving 911 calls, including one from an off-duty police sergeant, about a wrong-way driver in a black Mazda 3 near the beltway. The driver continued northbound in the southbound lanes as police attempted to locate her.

Just minutes later, another driver in a red Honda Accord called 911 to report that she had been hit by the wrong-way driver. Police responded and found the victim was trapped in her vehicle. She was taken to the hospital with a broken leg.

Police said the wrong-way driver’s vehicle flipped after the impact. Both the driver, age 21, and her passenger, age 25, were pronounced dead at the scene.

The crash remains under investigation. The toll lanes were partially closed in the overnight hours but have since reopened.

The toll lanes are part of a new expressway along Highway 288 that just opened last month.