Students said Dimitrios Pagourtzis often wore the same coat to school, which was adorned with pins and medallions representing rebellion and evil. 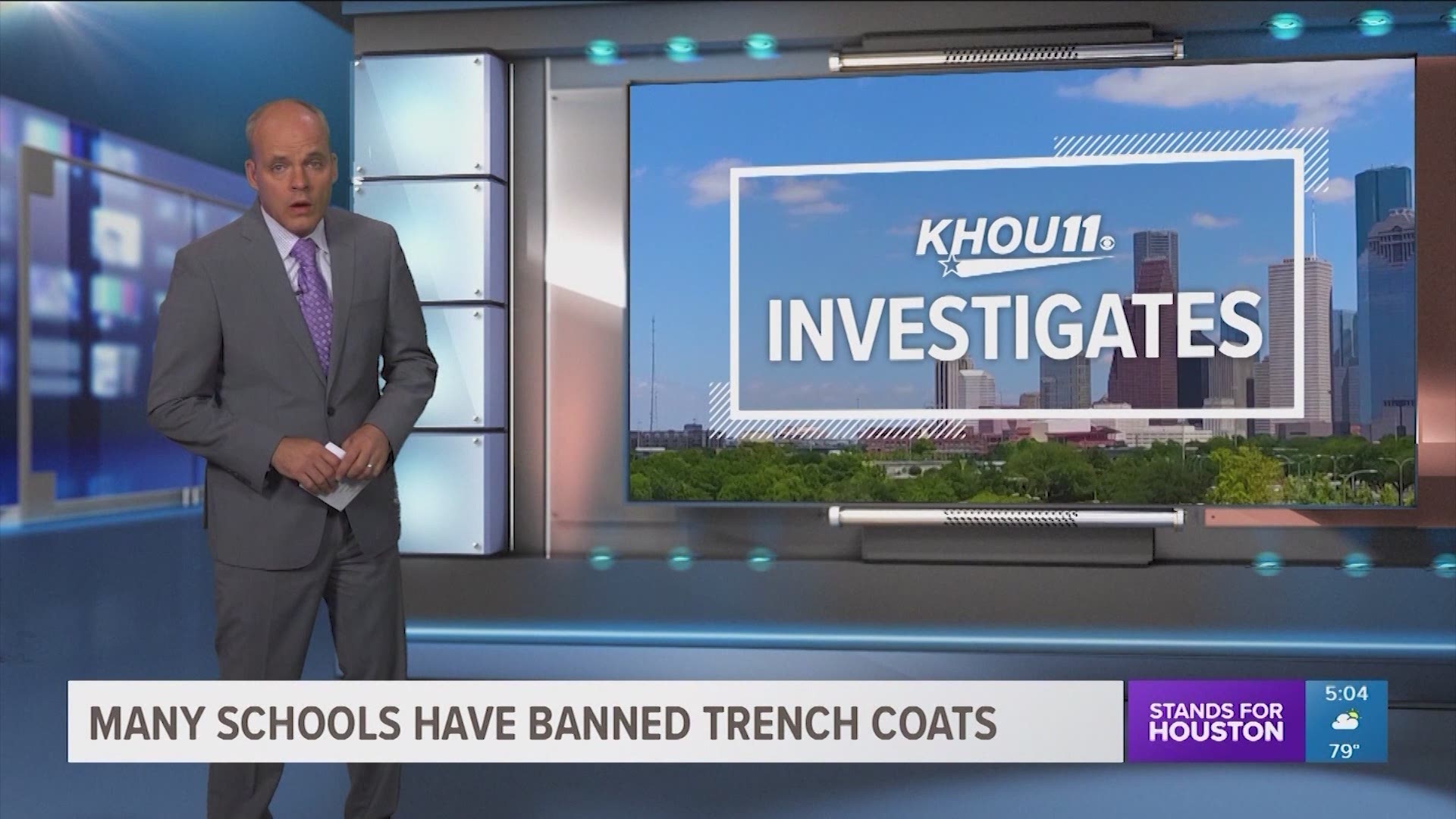 Many school districts changed their clothing policies since the 1999 Columbine High School massacre in Littleton, Colorado. Both gunmen in that mass shooting wore long coats and were investigated for ties to a student group known as “The Trench Coat Mafia.”

“From what we know, this dude walked in today with a long coat and shotgun under his coat,” Texas Lt. Gov. Dan Patrick said Friday. “It’s 90 degrees.”

Several students told KHOU Pagourtzis often wore the same coat to school, the same duster-style coat he posted on Facebook weeks earlier. It was adorned with pins and medallions representing rebellion and evil.

Santa Fe ISD’s student handbook states “trench coats are not acceptable as a form of outwear and will not be accepted at school.”

The ban on the long coats is common in school.

KHOU 11 Investigates checked all 45 school districts in the Harris, Brazoria, Fort Bend, Galveston and Montgomery counties. Twenty of those districts prohibit trench coats district wide. Those include Cypress-Fairbanks ISD, whose superintendent sent a note to parents and students about the ban two days ago.

In Conroe, The Woodlands, Oak Ridge and Caney Creek high schools ban trench coats. Caney Creek’s student handbook states, “Clothing that could conceal any form of weapon from a visual inspection is prohibited.”

Santa Fe ISD would not directly answer questions about the trench coat Pagourtzis was wearing.

District Spokesperson Patti Hanssard provided the following written statement: "Our top priority as we work alongside federal, state and local law enforcement agencies is planning for our students safe return. Dress code is a part of our annual planning and review."