Injured dog gets second chance thanks to HISD teacher

The math and science teacher started raising money to get the dog medical help and networking to find him a home. His fund exceeded expectation. 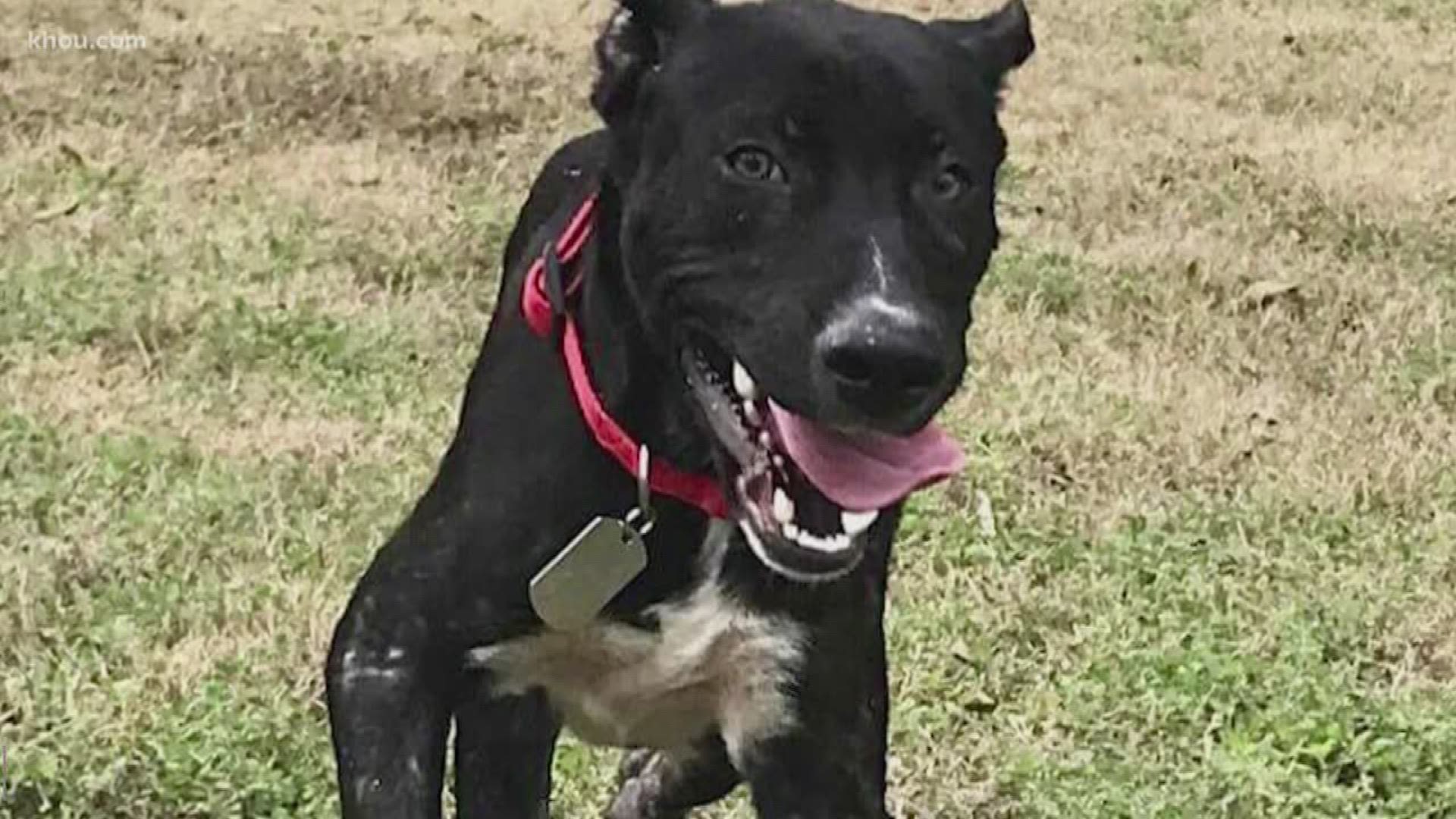 HOUSTON - Caleb Schaffer started teaching at HISD’s Elmore Elementary in August. In October, the 28-year-old pulled into the parking lot before sunrise and saw something strange at the front door.

“I saw this shadow of something hunched over by the door,” Schaffer said. “I kind of walked up and was like, 'Hey, buddy.' He sort of walked up to me a little bit, but he was cowering and really scared.”

The dog was in bad shape, and at the end of the day, he was gone. Staff told the new teacher "Clive" had been around for awhile, and he was uncatchable.

“Nobody could get him or do anything with him, so on the third day, I got there at 6, and he was there again, and this time he ran to me,” Schaffer said.

Schaffer lured Clive to his car with a piece of tofu he packed for lunch. After lifting the pup into his car, he could see how bad he was suffering.

“He was covered in sores,” Schaffer said. “He looked like he had really bad mange, he was bleeding in several parts of his neck. His legs were bleeding from scratching so bad.”

With three rescues of his own, Schaffer couldn’t keep Clive at his apartment. Since the lab needed medical care, Schaffer took him to the animal shelter in Harris County. Before leaving the shelter, he asked a staff member if they could call him if Clive was going to be euthanized.

“They said, 'There’s not any way to do that,'” Schaffer said. “'You can check on him, but a dog in this shape, he’s probably not going to last very long.'”

The math and science teacher started raising money to get Clive medical help and networking to find him a home. His fund exceeded expectation, and an adoption group reached out to Schaffer.

Lucky Lab Rescue and Adoption got Clive out of the shelter and into the arms of a foster family in Austin. Clive and Schaffer are still in touch.

“It’s amazing to get those videos and pictures of him as he heals, and he comes into himself,” Schaffer said. “It makes me love people a little bit more.”