It was a moment captured in time that's also captured the attention of thousands on Facebook. And that sweet gesture was rewarded with a sweet surprise. 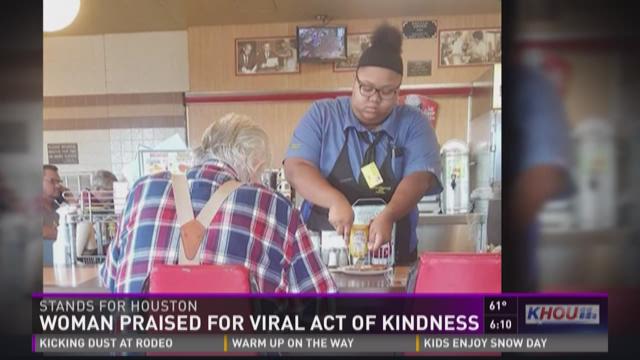 LA MARQUE, Texas - Her kind gesture went viral on social media, and on Thursday, it was returned with a big surprise for one Galveston teen caught in the act cutting up food for her customer at a Waffle House in La Marque.

Hoping to save up for college, 18-year-old Evoni Williams tallies her tips at the end of every shift.

She was working towards her higher education that busy Saturday morning when she met Adrien.

“He was like, 'My hands are not functioning too well.' He needed me to cut his food. And I did," Williams said.

Having trouble cutting up his meat, the 78-year-old asked for help.

“My hands are not up to par. If I want to cut my meat, I look like I'm stabbing it," Adrien Charpentier said.

Of course she said yes, but what the two didn’t know is they were being watched by another customer.

“It was so busy in here, and she actually took the time to stop and hear what he had to say instead of walking past him. That just meant something to me," Laura Wolf said.

Laura Wolf snapped this photo in the middle of that moment.

“They got a fancy picture of my suspenders in the back," Charpentier said.

But what no one expected was what happened next.

“Someone told me a few days later that I was very popular because they got me on Facebooks," Charpentier said.

A moment now captured in time also captured the attention of thousands on Facebook.

The sweet gesture was rewarded Thursday with a sweet surprise by the City of La Marque.

“I got my own day," Williams said.

She also received a $16,000 scholarship donated by Texas Southern University -- a life-changing gift for a girl who still says she did nothing special.

“It’s something I would do any other day," Williams said.

Texas Southern University says they have assigned a counselor to help Williams enroll at the university and start her degree plan. She wants to study business management. 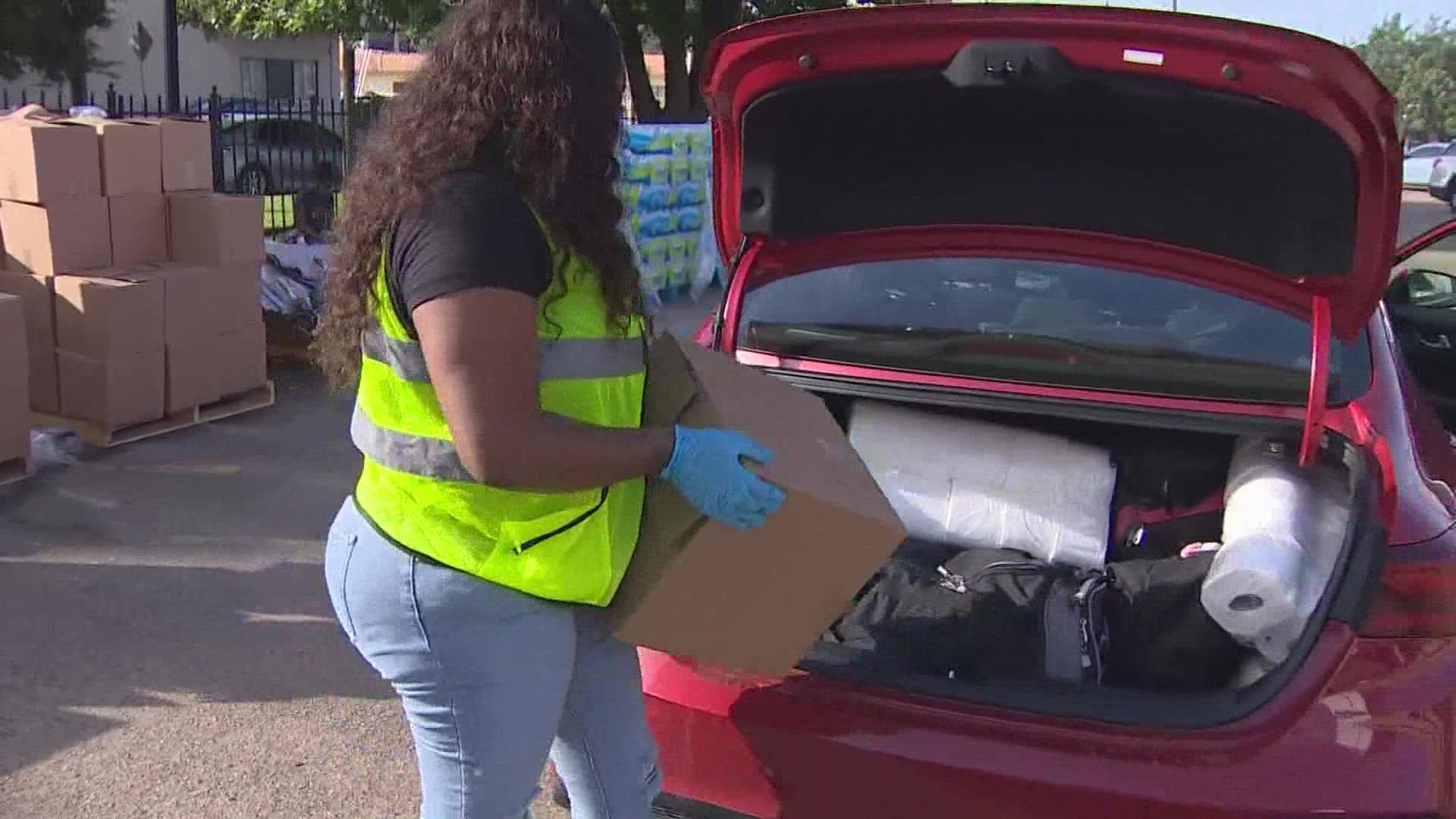