They registered, they were approved, but hundreds of Houston providers have yet to receive COVID-19 vaccine

Of those who were approved, providers in minority neighborhoods were the least likely to receive shipments of the vaccine. 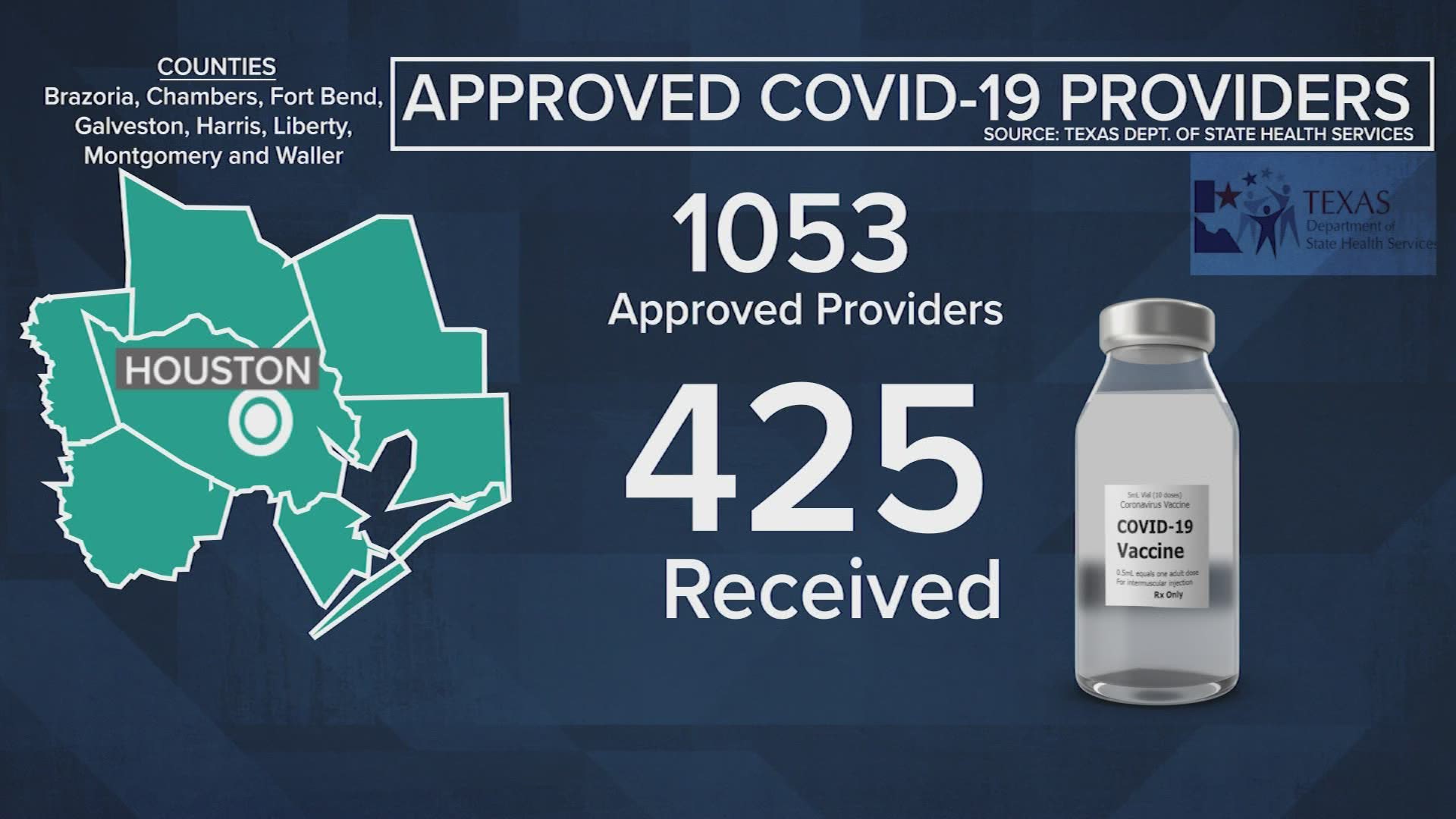 HOUSTON — Less than half of Houston-area health care providers approved to distribute COVID-19 vaccines have received any doses, according to a KHOU 11 analysis of data from the Texas Department of State Health Services.

Of those who were approved, providers in neighborhoods of color were the least likely to receive doses.

Hillcroft Physicians P.A is one of those providers. The Southwest Houston clinic was among the first to register and was approved on November 30. But more than six weeks later, they are still waiting for a shipment.

“We have not received any, not even for our staff,” said Medical Director Dr. Forough Farizani.

Farizani said they have contacted DSHS almost daily since distribution began in December.

“They just say like, ‘yes you’re on the list, you’re going to get getting it,’ but they don’t say when,” Dr. Farizani said. “It’s very frustrating.”

Here's how slow the #COVID19 vaccine rollout is going in the greater Houston area. More than 1000 health care providers have been approved by @TexasDSHS to distribute the vaccines, but only 40% of those have actually been shipped any doses. #KHOU11 Investigates at 6. pic.twitter.com/wwXXUjQtjZ

The frustration is widespread in the greater Houston area. As of Jan. 12, the DSHS approved 1,053 providers to distribute vaccines in Harris and the seven surrounding counties -- Brazoria, Chambers, Fort Bend, Galveston, Liberty, Montgomery and Waller.

But the data reveals DSHS has pushed out available vaccine to a larger percentage of providers in white neighborhoods than communities of color. In majority-white zip codes, 46% of approved providers have received doses, while only 36% received vaccine in predominantly minority zip codes.

“Patients that have underlying conditions such as diabetes, asthma, COPD, and we don’t have any vaccines to give to them,” Farizani said.

But beginning in January, DSHS has been giving COVID vaccines to large-scale hubs across the state. That has left small community clinics questioning whether they’ve been pushed to the back of the line.

“It’s not pushing back because we are going to see the supply of vaccine expand,” Van Deusen said. “And so don’t thing that just because vaccine distribution looked like it did in the first three to four weeks, that that’s how it’s going to be forever.”