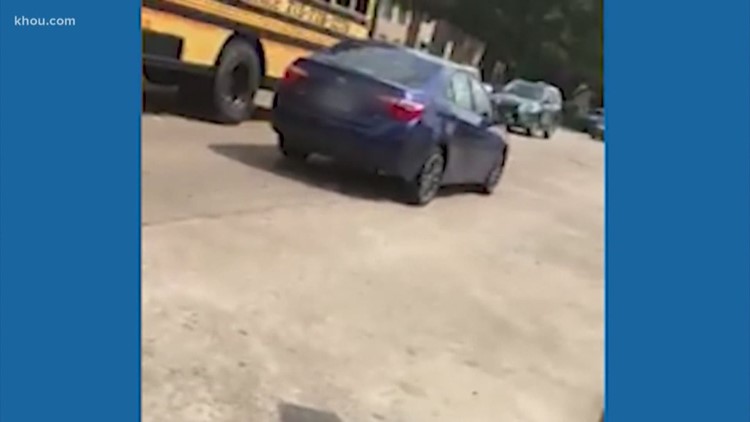 Based on updated information provided to KHOU, Houston Police wrote 441 tickets for passing a school bus between August 2016 and August 2019. For perspective, HPD wrote more than 302,000 speeding tickets during the same period.

Of the 362 cases that have made their way through the court process, 54% were thrown out because the officer did not show up in court.  Meanwhile, 22% of all passing school bus tickets were written at a single location, in the 10100 block of Westview Drive.

Despite the arrest of a teenager who almost hit a young girl while allegedly blowing through a stop sign, the Houston Police Department does not have a strong record of enforcing school bus rules of the road, KHOU 11 Investigates has found.

Of the 124 passing school bus cases that have made their way through the court process, a sizable chunk—25%—were thrown out because the officer did not show up in court.

Almost half—45%—of the passing school bus tickets were written at a single location in Spring Branch in the 10100 block of Westview Drive.

Houston Police did not respond to low numbers of tickets written or the cases dismissed, but a spokesperson sent the following statement:

“The Houston Police Department’s Traffic Enforcement has been working a division wide operation targeting school zones/areas to provide overall school safety and enforcement of traffic laws. Additionally, the Traffic Enforcement Division has recently started a new initiative specifically targeting violators who are passing school buses while loading/unloading passengers.  Furthermore, Houston Police Department Patrol Divisions and other partnering local area law enforcement agencies are intricately involved in the enforcement of traffic laws while ensuring the safety of all those in and around our city’s educational institutions.”

Records also showed that passing a school bus can be costly. Over three years, the average fine that violators paid was $629.