A KHOU 11 Investigates investigation found that among the stolen items include: guns, jewelry, cell phones, boxes of cigarettes and even a boat. 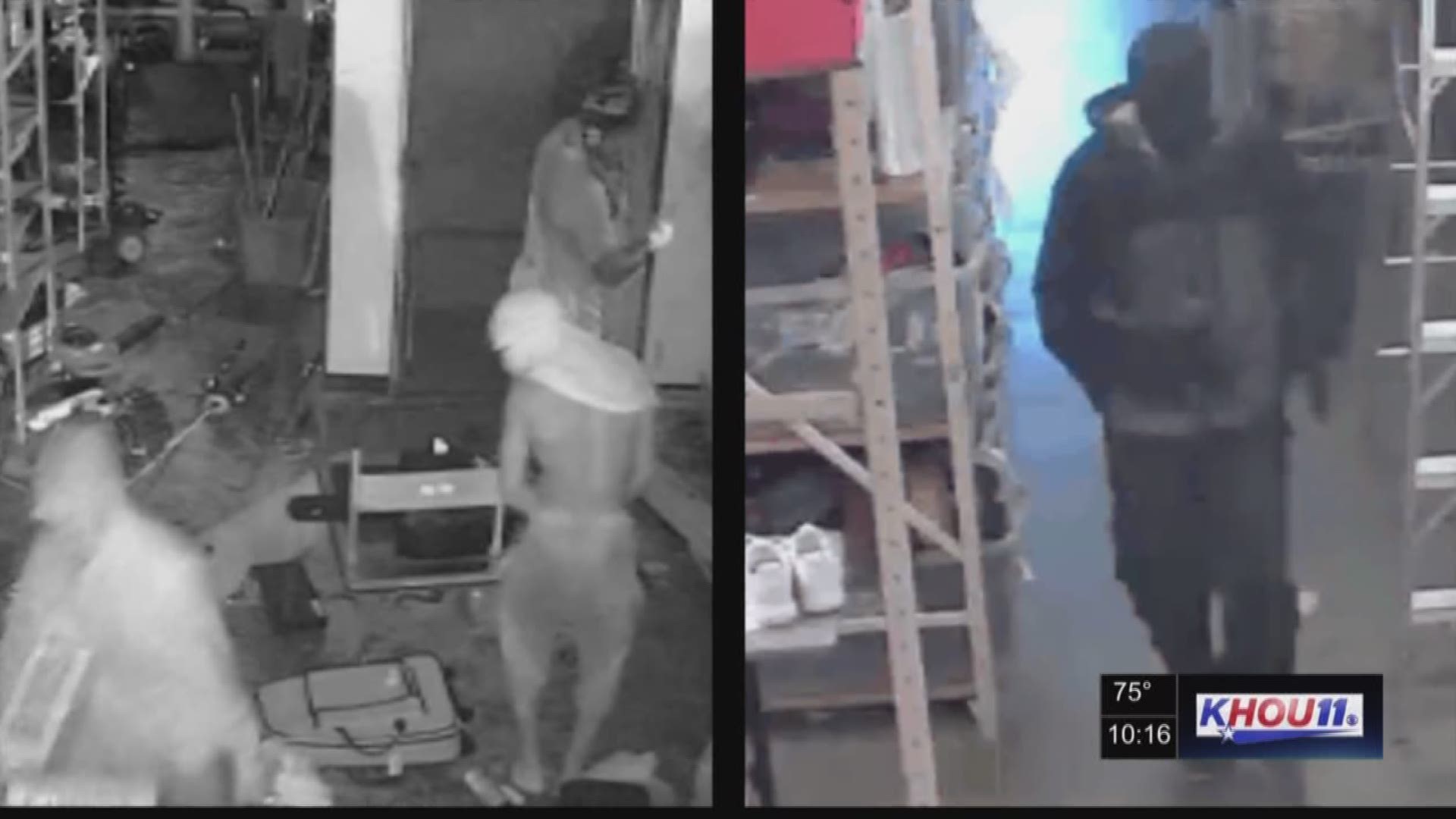 As the country rallied to help Houstonians following the devastating floods of Hurricane Harvey, a disturbing number of people were helping themselves to whatever they could find inside stores shuttered by the storm.

Looting was the last thing on Belinda Russell’s mind as her Kashmere Gardens neighborhood filled with water.

She knew just how to do it.

A few blocks away was the collection of boats her father left behind after he was killed in a house fire.

“I put signs at the house,” Russell explained. “No trespassing. Do not enter. Violators will be prosecuted.”

But they were signs someone ignored. One of her father’s boats was missing.

Worse, police say it wasn’t taken to help others, but to prey on them.

Investigators say her father’s boat was caught on camera being used to loot a nearby beauty supply store.

Russell, whose father was a deacon in his church, considered it a slap in the face.

“What would he have said if he knew someone was taking his boat to go steal from people?” KHOU 11 Investigates asked Russell.

“Oh, he probably would have shot him,” Russell said. “I know my dad, he would have, because my dad worked hard for what he had.”

The owner of the store, Supreme Beauty Supply, says in all, looters stole $400,000 worth of stuff.

Just up the street at Space Liquor, a worker stood in front of a cooler with shattered glass he blamed on the looters. He estimated they stole 70 to 80 percent of the liquor in his store.

“I was devastated,” said the worker, who didn’t want to be identified because he feared retaliation. “I have to start all over again. I was miserable, feeling really sad.”

But a review of search warrants showed, when it came to looting, no business or item seemed off-limits.

· Nearly 1,700 boxes of cigarettes stolen from a Family Dollar store on North Wayside

· More than $100,000 in cash and high-end cell phones taken from a T-Mobile store on the Eastex Freeway

· 84 rifles, shotguns, and pistols stolen by looters from the Cash America Pawn on Tidwell

“It’s a concern for us anytime we have brand-new, high-powered weapons on the street,” said Fred Milanowski, special agent in charge of the ATF’s Houston Field Office.

The ATF is investigating break-ins at six area gun dealers following the storm. In four of the cases, thieves made off with a total of 109 guns.

“We want these people prosecuted to the full extent of the law because they took advantage of the situation,” said Milanowski, who believes mandatory curfews and the agency’s use of special response teams to conduct surveillance outside gun stores helped keep looters away.

“Are these people the lowest of the low?” KHOU 11 Investigates asked.

“Absolutely,” Milanowski said. “To take advantage of your fellow citizens at that time, it’s just unacceptable.”

The ATF is offering up to an $11,000 reward for information leading to the arrest of looters in some of the cases.

Back in Kashmere Gardens, Russell believes justice can’t come soon enough for the man who stole her father’s boat.

“I can’t stand a thief,” said Russell. “Thou shall not steal.”

Adding to her pain, the man police say was caught on video looting from the boat, 32-year-old Markeith Whiting, grew up next door to Russell.

“I know my dad’s boat, and I know Markeith,” said Russell watching the surveillance video. “Look at my daddy’s boat. Yeah, it hurts. It hurts. Yeah, that’s it. That’s him.” 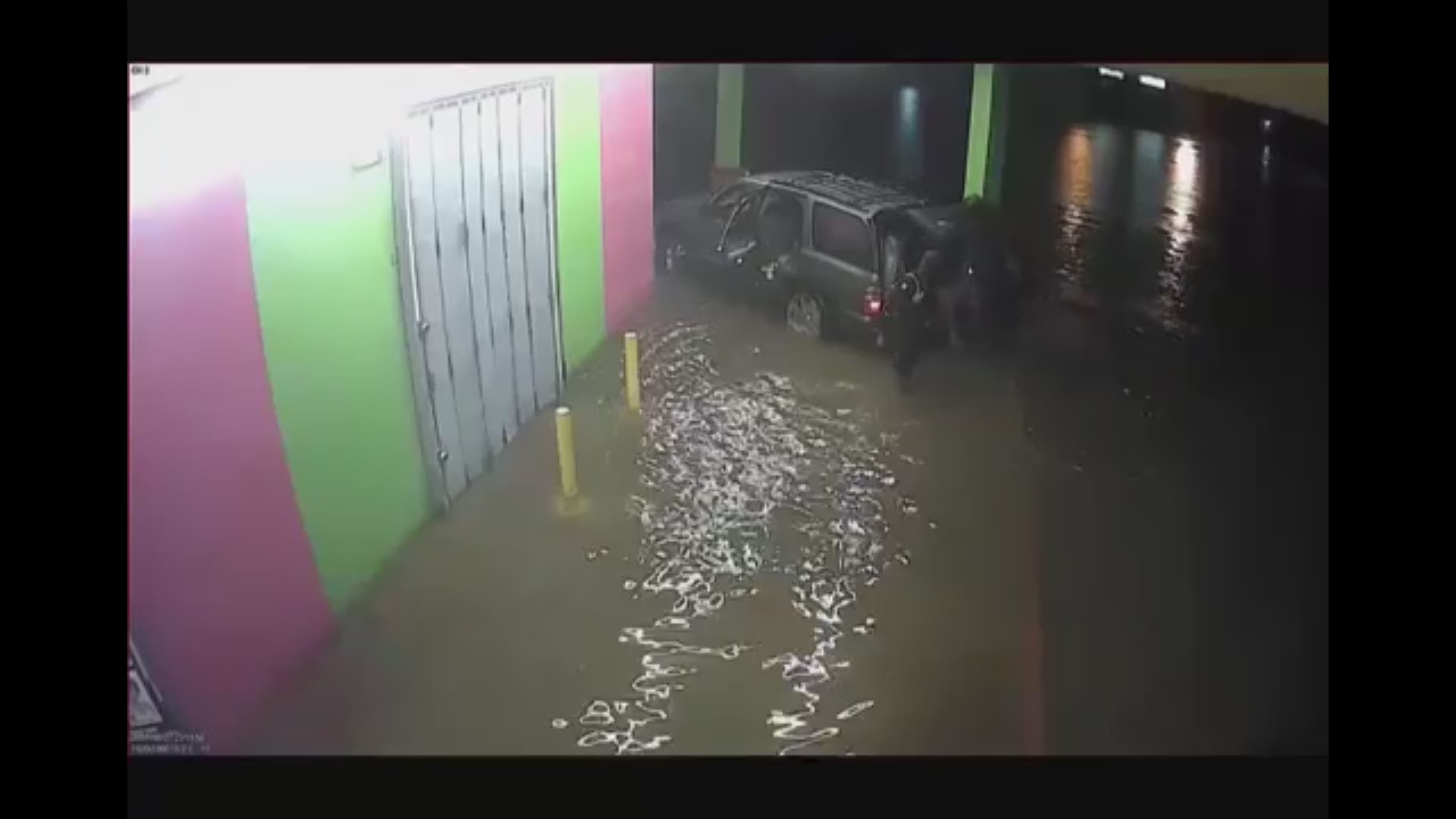 He remains on the run.

If you have information about any of the looting cases, call Crime Stoppers of Houston at 1-800-392-STOP.