A limited number of charter buses will still be used to shuttle students from Hurricane-Harvey damaged schools to temporary campuses. 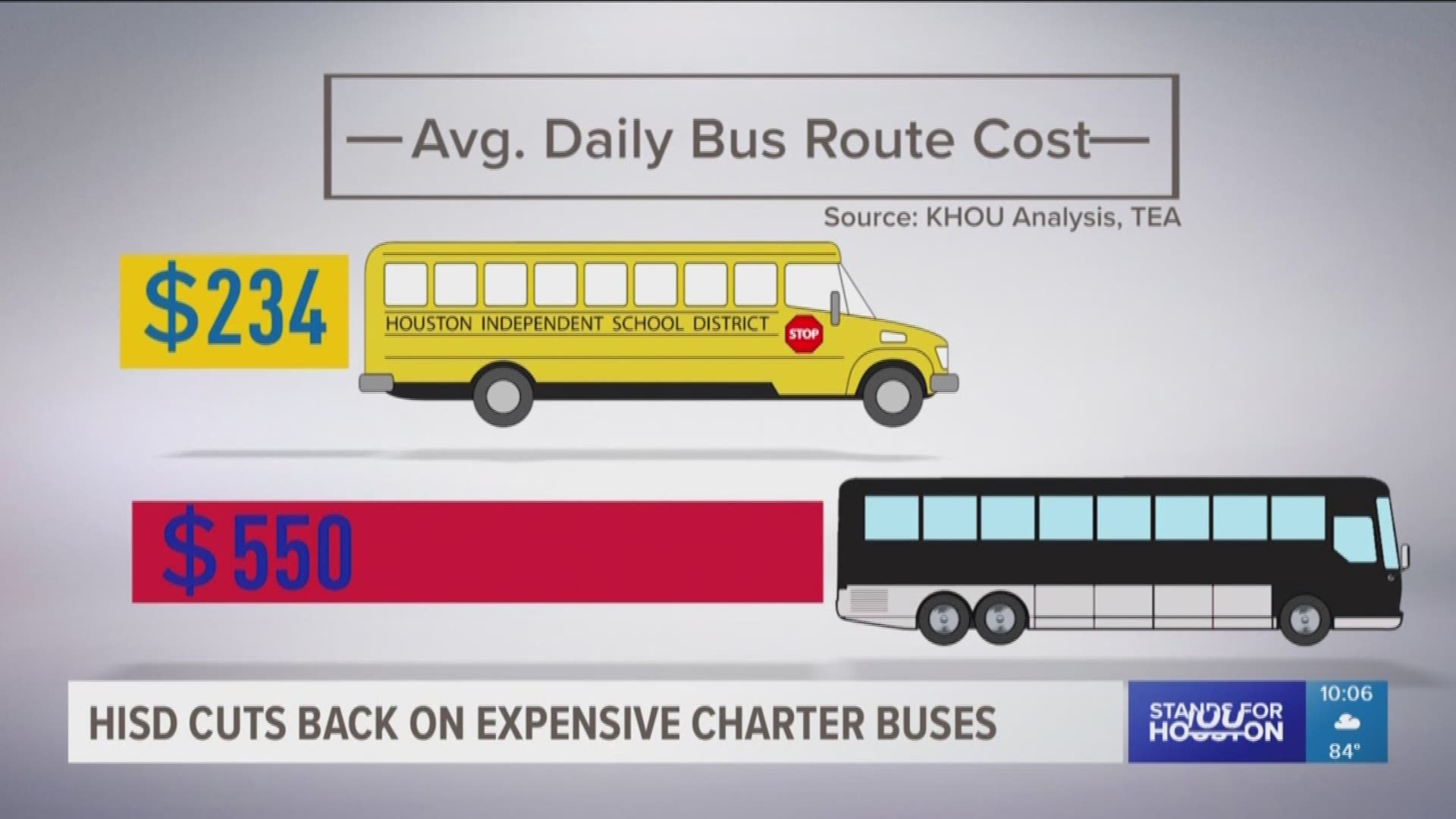 HOUSTON — After the Houston Independent School District spent millions on fancy charter buses last year, the district spent the summer overhauling its transportation program, to erase what some critics call a waste of taxpayer money.

HISD had spent more than $8 million on the fancy charter fleet to get students to and from school on more than two dozen daily routes. What normally cost around $234 a day for a regular school bus, was instead costing $400-$450 for a one-way trip on a contracted charter bus.

District officials had said the spending was not by choice, but rather necessity. They said Hurricane Harvey displaced many bus drivers, while others left for other jobs during talks of massive budget cuts. That “perfect storm” of circumstances saddled HISD with a shortfall of nearly 300 bus drivers.

But the price tag for the private charters left some HISD parents steaming mad.

“That’s how much I’m paying? HISD you need to do better,” parent Jasmine Taylor added.

“From a district standpoint, we’ve made a lot of improvements,” Busby said.

A limited number of charter buses will still be used to shuttle students from Hurricane-Harvey damaged schools to temporary campuses. Busby said only four elementary schools are affected. Otherwise, he said charter buses will not be used for daily routes this school year.

“As a matter of practice, no, that’s not our goal,” he said.

HISD hopes to recoup some of the millions spent on charter buses from either FEMA or the district’s insurance. It argues that extra cost should be a covered loss, because Harvey forced many drivers to relocate and find other jobs.