The President is eager to get an economy that has lost 16 million jobs to the coronavirus pandemic working again. 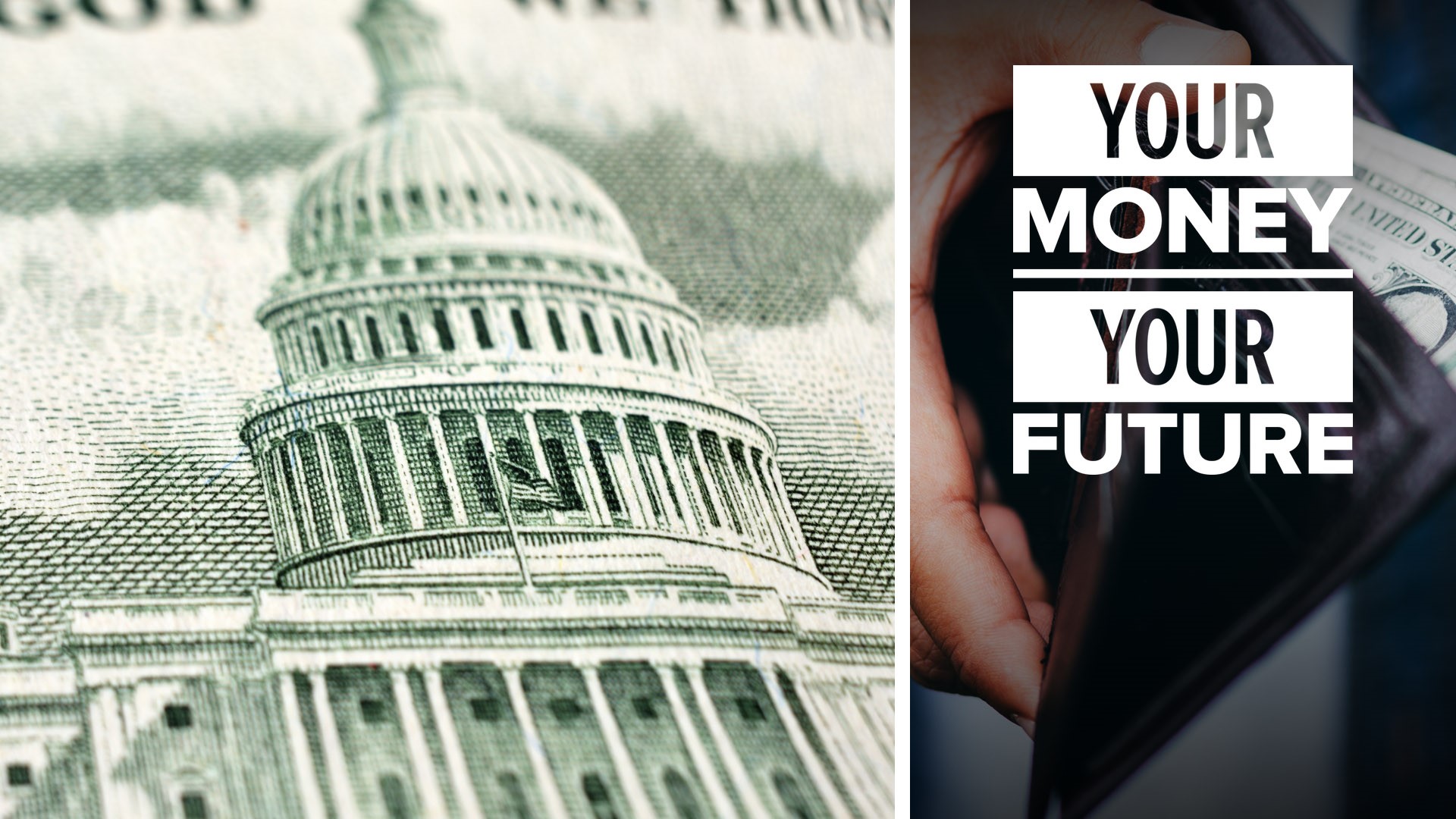 WASHINGTON — Every day, a team of public health officials turns up in the White House briefing room to lay out measures being taken to contain the coronavirus pandemic. A different team, expected to be formally announced as early as Tuesday, has begun meeting behind closed doors in the West Wing to tackle another matter paramount to President Donald Trump: how to begin reopening the American economy.

The council, which is not expected to include health officials, could bring to the forefront the push-pull tensions within the White House between economists and public health officials over how quickly to reopen the economy vs. proceeding cautiously to ensure the virus doesn’t spike again.

With the country barreling toward a likely recession ahead of November's election, Trump is eager to spur an economic revival, hoping to steady financial markets and restore some of the 16 million jobs already lost due to the pandemic. He originally hoped to have the country stirring again by Easter but now wants at least a partial reopening by the end of the month.

Many medical experts in the government, including Dr. Anthony Fauci and Dr. Deborah Birx, have cautioned that easing up on social distancing too soon could lead a new wave of the disease that would require shuttering the economy again, with disastrous results.

RELATED: President Trump says decision on easing guidelines will come from him, not governors

As for the new council, Trump said he expected “they will give us some also good advice but no, we want to be very, very safe. At the same time we’ve got to get our country open.”

Some ethics experts and participants in past councils created by Trump voiced concerned that the president may not be open to using the new panel to explore diverse viewpoints and hard truths about the best path forward.

“It doesn’t work if you bring in the hallelujah chorus,” said Thea Lee, president of the Economic Policy Institute, a left-leaning Washington think tank. Lee served on a short-lived manufacturing council that Trump established early in his presidency.

Senior White House aides Jared Kushner and Ivanka Trump had been expected to be part of the team, but Trump, who previously declared the group would be comprised of “the greatest minds," said Monday they would not be included. It would work separately from the coronavirus task force led by Vice President Mike Pence, though there could be some overlap of participants.

Some outside business leaders and perhaps governors also may join the group of administration officials who already are informally meeting and holding conference calls with the president.

The new council is expected to act as an internal West Wing counterbalance to health experts who want Trump to go slow in reopening the nation. The president said Monday the new panel would seek counsel from various industries and include committees representing fields like manufacturing, transportation and religious interests.

Arthur Laffer, an economist Trump has praised, acknowledged that the economy was severely damaged but said it was difficult to tell when it should reopen.

“There’s nothing smart about doing it too early,” said Laffer.

The expected new group, so far, largely resembles the upper echelon of the Trump administration: white and wealthy. Carson is the council’s most prominent African American.

The U.S. economy is so vast that the council will need to consider the needs of workers in food services, health care, transportation, construction and other sectors in which a diverse workforce that often makes lower wages will be on the front lines of a re-opened economy.

“You do need a range of opinions and a range of experiences,” said Jay Shambaugh, an economist at George Washington University and director of the Hamilton Project at the Brookings Institution. “This is one of those cases where the minority report is really important — you need people who aren’t all thinking the same thing.”

Danielle Brian, executive director of the Washington watchdog group Project on Government Oversight, said she is concerned that Trump may not be open to contrary opinions, citing his recent ouster of government inspectors general who had criticized administration actions.

“We’ve seen very starkly recently how, even when it comes to the sort of the fundamental questions of oversight, people are discounted or fired when they say something that he doesn’t want to hear,” said Brian.

Donald Sherman, deputy director for the oversight group Citizens for Responsibility and Ethics in Washington, said Trump's track record of “choosing patrons and sycophants to run significant parts of his government” leaves him skeptical the council will be much more than a rubber stamp.

The White House said Trump's decision-making process would be measured and involve consultation with the public health officials.

“The President wants to see this economy open again so people can get back to work, but scientific data will drive the timeline on those decisions because his number one priority is to protect the safety and well-being of the American people," said deputy press secretary Judd Deere.

During his first year in office, Trump put together several high-profile advisory economic groups, which included Intel’s Brian Krzanich, Tesla’s Elon Musk and AFL-CIO leader Richard Trumka. Those panels fell apart as executives resigned in protest against Trump’s response to violent, race-infused protests in Charlottesville, Virginia, and his decision to pull the U.S. out of the Paris climate accord.

Scott Paul, president of the Alliance for American Manufacturing, served on Trump’s now-defunct manufacturing council. He said the administration used the advisory group in a “self-congratulatory” manner meant to spotlight “a bunch of CEOs talking to the president about something that was important to him.”

There were “a lot serious people on the advisory council,” Paul said, “but I didn’t see it as doing serious work.”

Lemire reported from New York and Madhani from Chicago. Associated Press writers Josh Boak in Baltimore and Jill Colvin and Zeke Miller in Washington contributed to this report.