The governor tweeted Monday that the first sites could launch in Dallas and Houston. 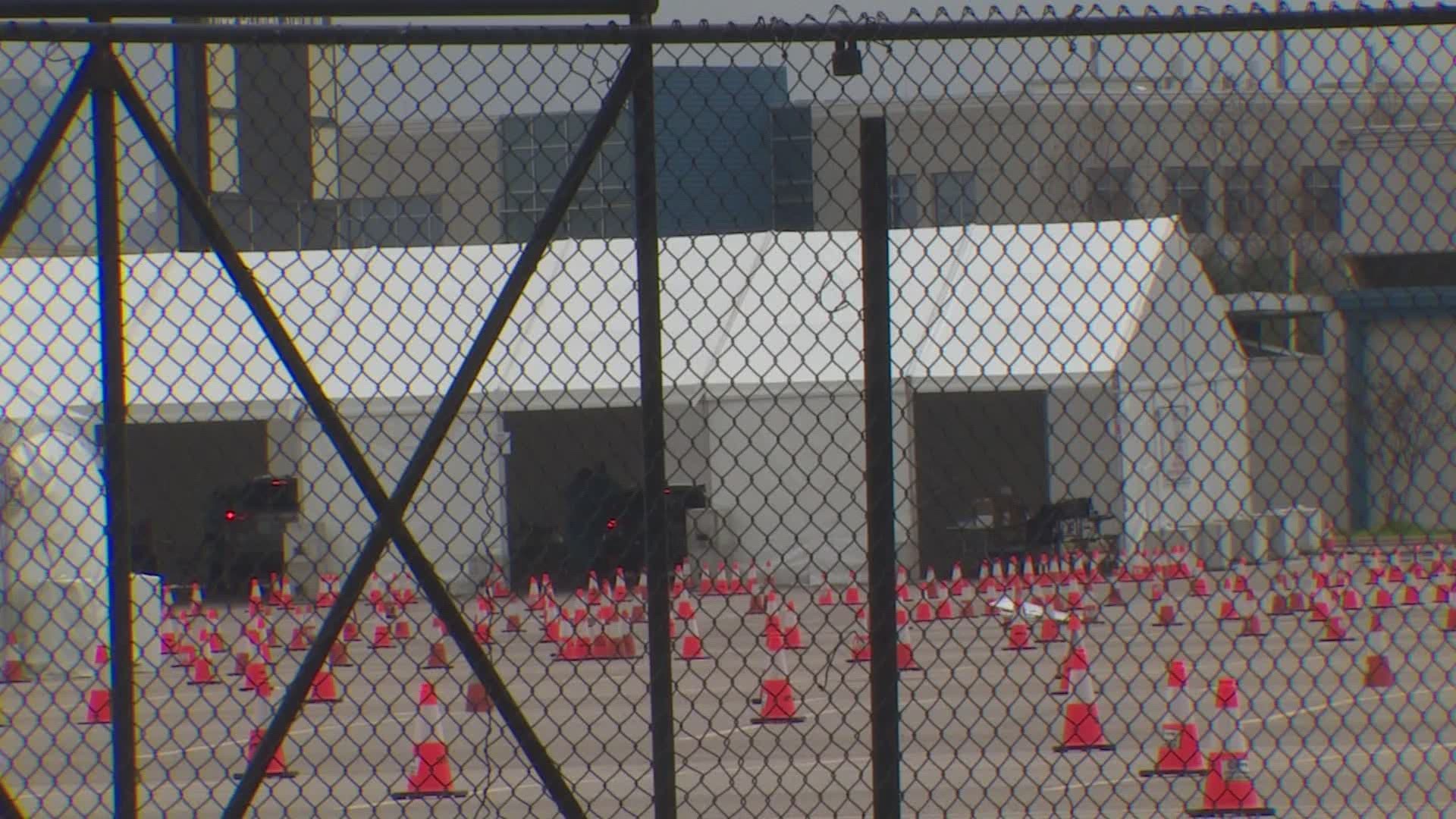 HOUSTON — The State of Texas is working with FEMA to create what it calls "Super Sites" to offer thousands of coronavirus vaccine doses daily, everyday of the week, announced Governor Greg Abbott on Monday.

It wasn't immediately estimated when these new sites could launch, however, as the COVID-19 vaccine remains in short supply. Currently, the state remains in Phase 1A/1B of its distribution plan, focusing on the vulnerable.

"Initially it would likely be 2 sites with 5,000-6,000 additional vaccinations per day, 7 days a week for 8 weeks," Abbott tweeted. "It would likely start in Houston & Dallas -- with possible expansion to other locations."

They say their goal is to open these centers up to efficiently get more people vaccinated, with a focus on making sure communities with a high risk of COVID exposure and infection are included.

By doing these as pilots, it allows FEMA to make sure the centers work properly before rolling out more in the weeks and months ahead.

The announcement comes just one day after President Joe Biden said his administration intended to take up the NFL on its offer to use all of the league's stadiums as COVID-19 vaccination sites. In Texas, that means the Dallas area and the Houston area.

Texas is working with FEMA to create some Super Sites for vaccinations.

Initially it would likely be 2 sites with 5000-6000 additional vaccinations per day, 7 days a week for 8 weeks.

It would likely start in Houston & Dallas -- with possible expansion to other locations.

KHOU reached out to Mayor Sylvester Turner's office as well as the office of Harris County Judge Lina Hidalgo. They say they weren't aware of the sites. We also reached out to Gov. Abbott's office. They referred us to the tweet and said details would be coming.

At this point, we don't know specifically where these sites would be or if registration would work the same. As soon as we know more, we'll let you know.

Dallas County hopes it will get a federal site to help distribute the COVID-19 vaccine if the state and the Federal Emergency Management Agency approve.

Dallas County Judge Clay Jenkins said in a news conference last month that the federally-run FEMA site could help speed up vaccinations and allocate the North Texas area more doses than what is currently expected from the state.

'Mega Sites' already held in some parts of Texas

Last month, facilities like Houston's Minute Maid Park and Fair Park in Dallas served as "Mega Sites" for coronavirus distribution, vaccinating thousands. But those have only come online temporarily when vaccine doses are available, which still remain in short supply

The NFL's offer to the federal government

As of early February, seven NFL stadiums are already being used as vaccination sites. Goodell's recent offer extends to the rest of them. In a letter obtained by Axios, Goodell wrote to Biden that the NFL is "committed to doing our part to ensure that vaccines are as widely accessible in our communities as possible." The NFL commissioner explained that each of the 32 teams in the league plan to make their stadiums available "in coordination with local, state, and federal health officials."

There are 30 NFL stadiums. Both the Rams and Chargers play in Los Angeles' SoFi Stadium. The Jets and Giants play in MetLife Stadium in New Jersey.

The Associated Press and TEGNA Staff contributed to this report