More than 60 dogs and cats were transported from Harris County to Tulsa, Oklahoma, on Thursday after a new partnership between the Harris County Animal Shelter, Houston PetSet, and the Humane Society of the United States. 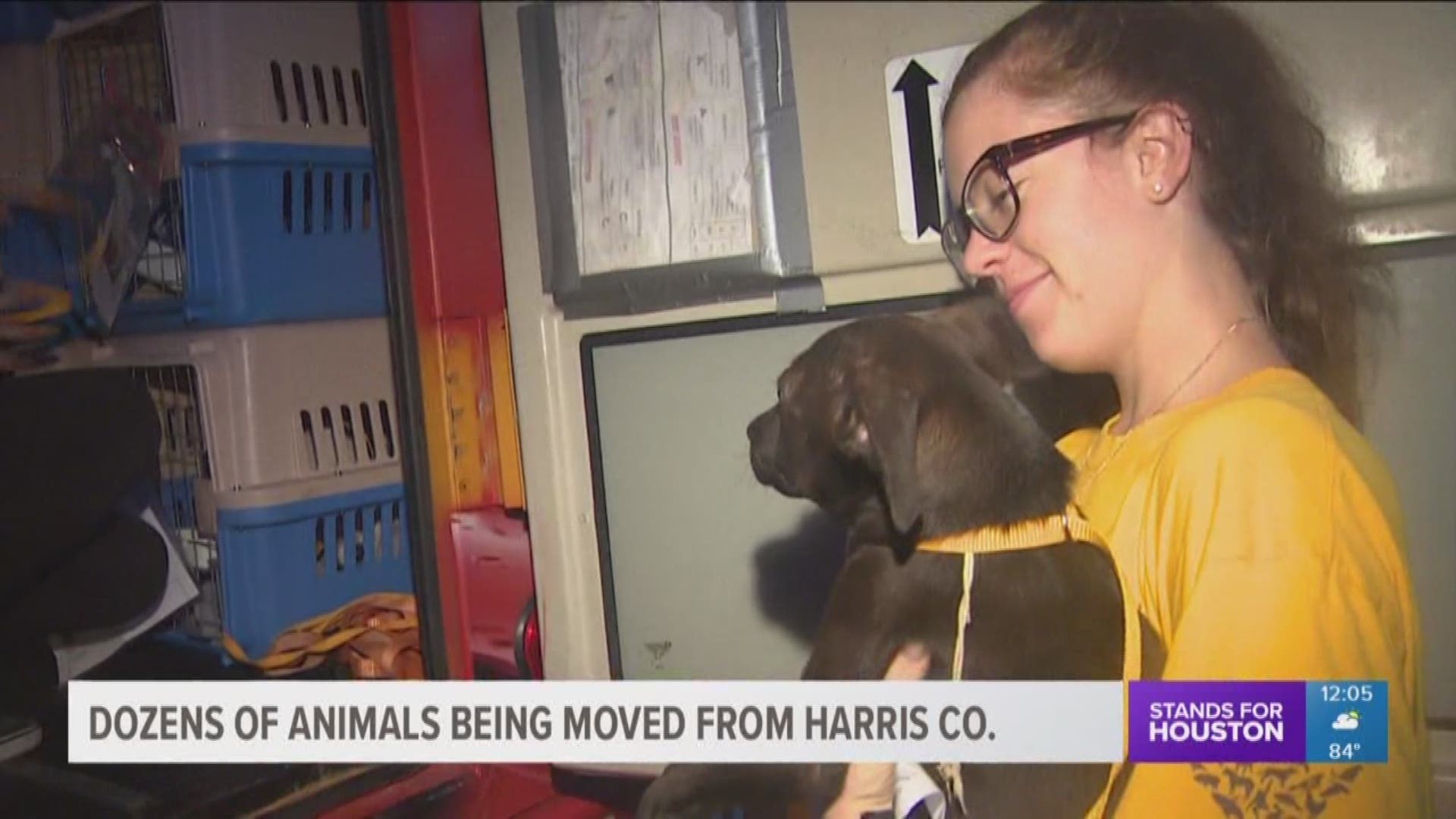 “It’s gonna be fun,” said Juan Virguez, one of the bus drivers, who also helped prep the bus and coordinate logistics. “It’s a new option. That’s what we’re here for.”

Virguez says he has a special mix CD with nature sounds to help the 61 dogs and cats onboard the “Rescue Express” bus sleep on the eight-hour drive and will make “at least two stops” along the way.

The bus pulled out of the Harris County Animal Shelter’s parking lot around 7:15 a.m. Thursday, bound for the Humane Society of Tulsa.

“At that point, the Humane Society United States will kind of take over, all the animals will be vetted, they’ll have a bit of a quarantine process just to make sure that they’re healthy,” said Kerry McKeel, Senior Communications Specialist with the Harris County Animal Shelter.

McKeel says those animals will then be moved to HSUS shelters around the U.S. and Canada, which, unlike the Houston area’s chronically overcapacity shelters, need more adoptable animals to meet their community’s demand.

“I think Houston is unique in that we have winters that don’t freeze out, and we also have kind of a topography that lends itself to animals living on the street,” said Tena Lundquist Faust, Co-President of Houston PetSet, the nonprofit that raised money to fund Thursday’s transport. “There are rural pockets where they can hide. They don’t have that in the North.”

Houston Pet Set and the Humane Society are partnering on the plan to keep transporting about 150 animals per month from the Harris County Animal Shelter.

“It’s a huge impact,” said McKeel. “We receive about 40 to 60 animals every single day, so even later today when we open, we’ll be getting more animals in. So, the more that we can keep getting animals out and have a positive outcome for them, the better.”

Lundquist Faust said the transports will continue through 2019 and years to come.

“There’s a huge price tag for doing that, but it’s worth it,” said Lundquist Faust, who estimates each transport costs between $5,000 to $7,000. “It’s worth it to get these animals a loving home, to get them off the streets so they’re not continuing to breed exponentially.”

Lundquist Faust says anyone wanting to help can donate through the Houston PetSet website.