Sugar Land drama: Tom Hanks’ son Chet sues ex-girlfriend who got a restraining order against him

Chet Hanks came under fire this week after declaring it will be a “white boy summer” and now details of his messy love life are making headlines. 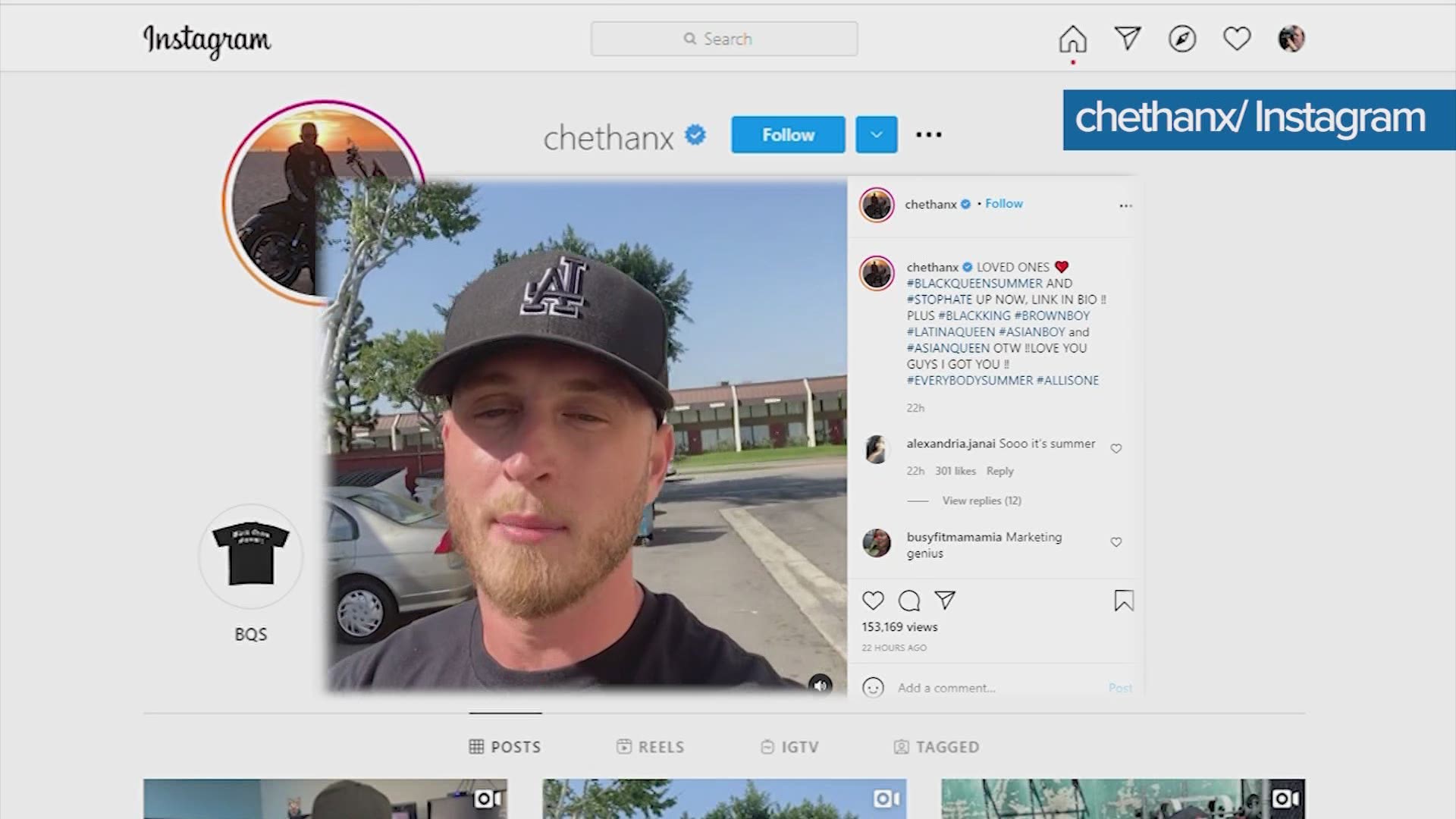 SUGAR LAND, Texas —  A lot of people had never heard of Chet Hanks until recently.

The oldest son of Tom Hanks and Rita Wilson is an actor who’s appeared in “Empire,” “Shameless,” and “Your Honor.”

The 30-year-old lived in Sugar Land where he shared a home with ex-girlfriend Kiana Parker -- until recently when things went south.

'Take it how you want it'

Hanks – who also rapped under the name Chet Haze -- came under fire this week after declaring it will be a “white boy summer.”

"Take it how you want. I’m not talking about Trump, NASCAR-type white. I’m talking about me, Jon B., Jack Harlow-type white boys, you know what I mean?” the Trump critic said in a video.

Hanks is cashing in on all the attention by selling WBS and “Black Queen Summer” and "Stop Hate" merchandise on Instagram.

April 13 update: Parker filed a lawsuit against Hanks alleging assault and battery and asking for $1M.

In January, she was granted a restraining order against Hanks after accusing him of violence.

Parker, who began dating Hanks two years ago, said the violence started during an argument in a New Orleans hotel room last October. She said he shoved her, pushed her into a table and wouldn’t let her leave. He called her “ghetto Black  b—ch” and other names, according to the restraining order.

Parker said security came to the room but she told them everything was fine because she didn’t want to “tarnish his name or brand” while he was filming “Your Honor” for Showtime.

Things “turned dark” again in December, Parker alleges, when Hanks threatened to “blow her brains out” and take his own life. She said she waited for him to fall asleep and took her 9-year-old twins to her mother’s house. Parker said she went back two days later but hid Hanks’ gun.

According to the order, Parker ended things on January 6 and returned to the house on January 8 to pick up her belongings. She said Hanks grabbed a knife in the kitchen so she swung a pot at him and tried to run away. She said he chased her outside where she screamed for help and police were called.

Hanks tells a different story in a lawsuit filed against Parker on March 4. He said she’s the one who had the knife and cut his face after hitting him over the head with a pot.

The lawsuit alleges assault and battery and theft.

“The day after Chet Hanks confronted Kiana Parker about stealing money from his credit card, while Ms. Parker was accompanied by a huge male carrying a gun she viciously attacked Chet with a knife, which caused him to profusely bleed,” attorney Marty Singer said in a statement to KHOU11. It is all on video and the undisputed video tells the whole story. Her claims are completely false, fabricated and fictional.”

Hanks said Parker stole more than $5,000 from him by using his credit card to pay for rent, trips and other things. He also accuses her of stealing nearly $14,000 worth of furniture and electronics from the Sugar Land home.

Hanks has been open about his drug problems in the past but said he quit using after the birth of his daughter in 2016.