Woman gets gun, shoots at attackers in southwest Houston driveway

Police say the suspects beat the woman, who managed to make it in her home and grab a gun. She opened fire, but the suspects got away. 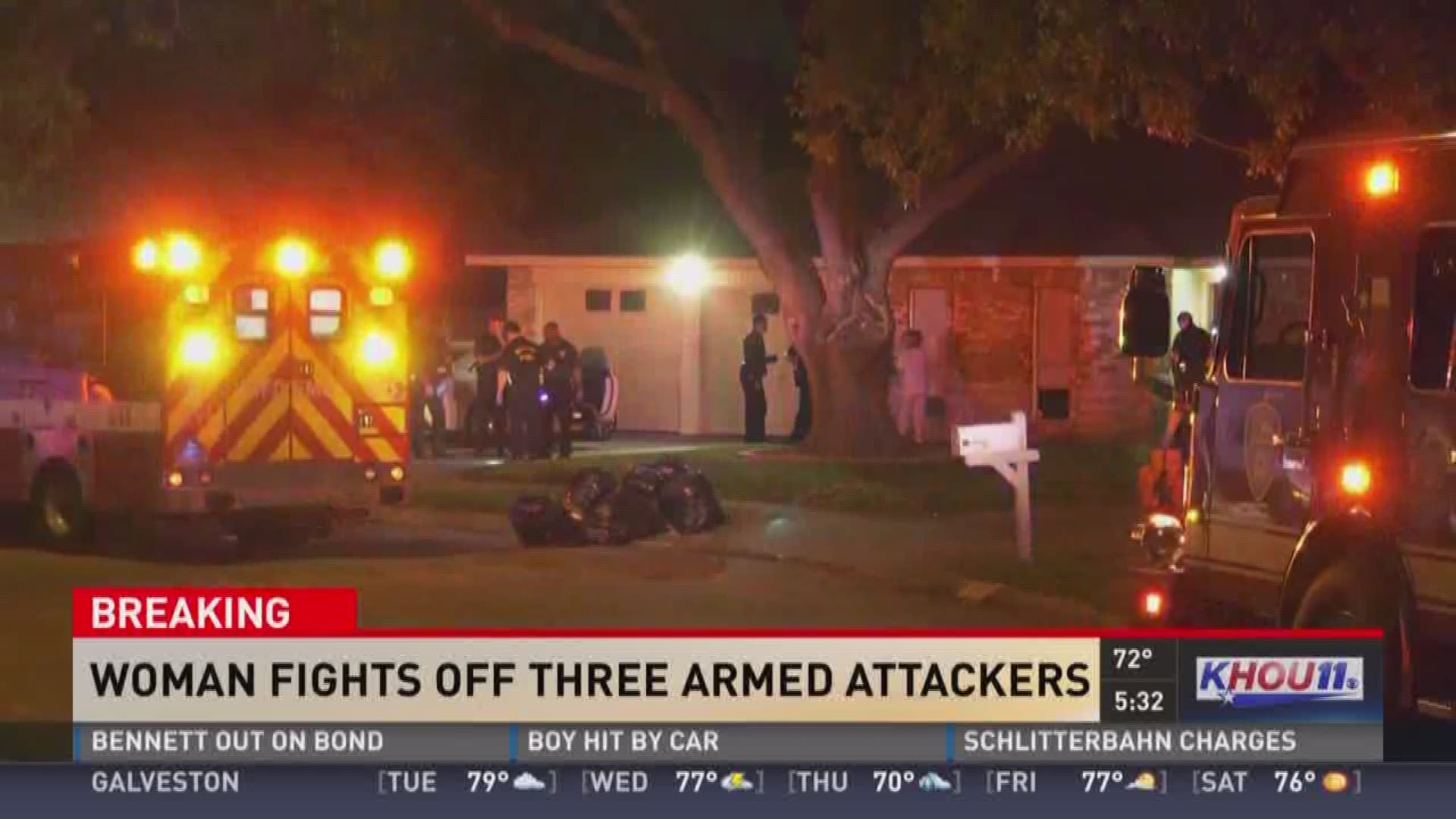 HOUSTON – Police are looking for three armed men who ambushed a woman in her driveway in southwest Houston early Tuesday.

The crime happened around 2:30 a.m. in the 11500 block of Montverde as the woman returned home.

When she got out of her Cadillac, the three men attacked and beat her. The victim's mom was inside the home and called police as the attack continued.

Somehow the victim managed to get away and get inside the home. As the men tried to break into the home, the woman grabbed her gun and opened fire. The suspects then fled the scene with the woman's wallet.

Police are checking area hospitals to see if any of the men were wounded.

The woman was taken to the hospital with a jaw injury.

Investigators say the men were wearing masks and may have been driving a dark colored Toyota. Police do not believe the crime was random and say the woman may have been targeted.