Multiple arrests as local, national authorities crack down on violent crimes in Houston

Leaders say they're spreading a message of unity between their agencies and with the Houston community. 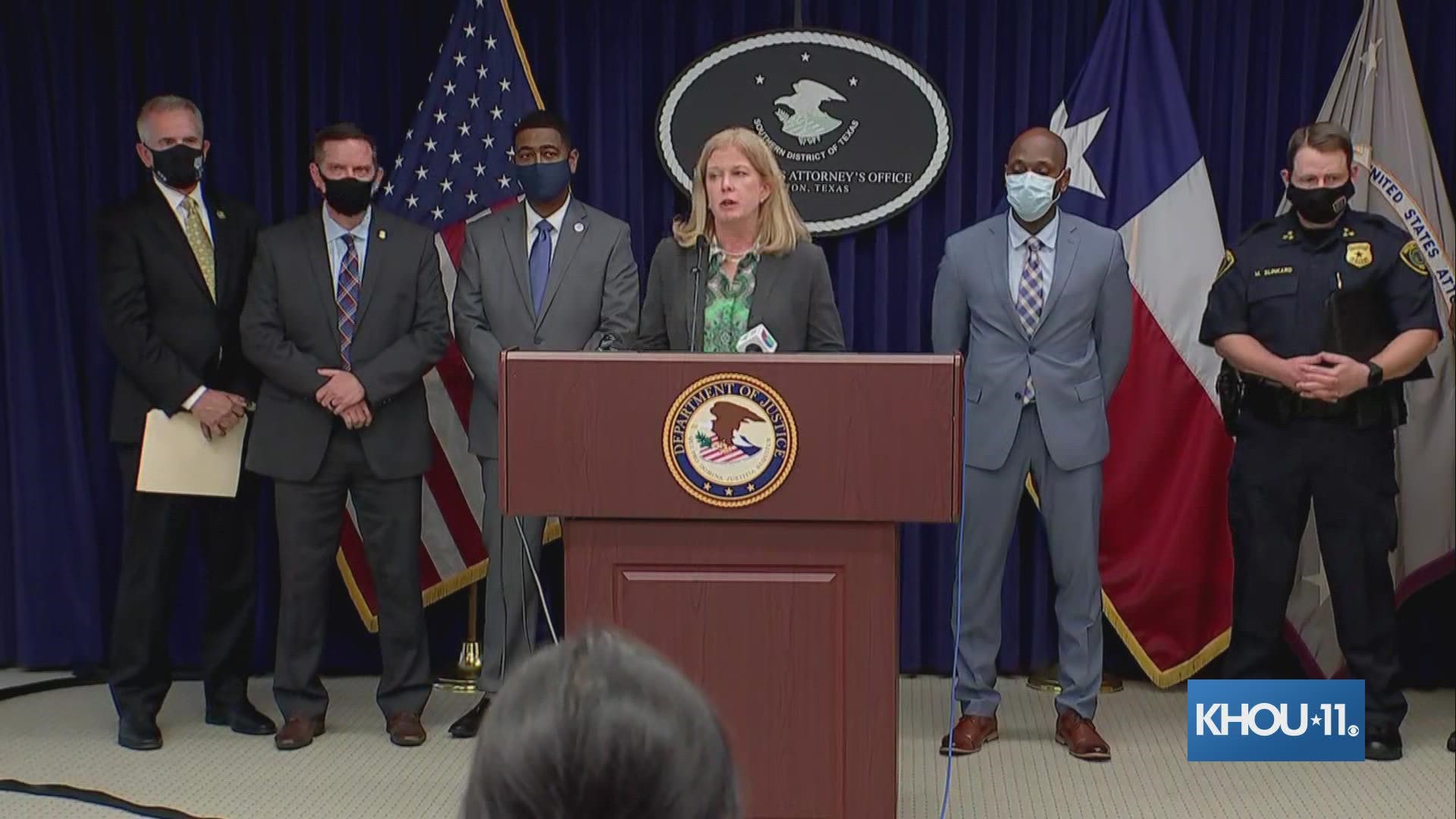 U.S. Attorney Jennifer B. Lowery says 10 men are facing penalties related to firearms, carjacking, robbery, and other charges. Three of them were arrested Thursday morning for an alleged robbery and murder at a drug stash house in 2018. They’ll be charged with another man who’s already in custody.

All 10 suspects are facing sentences between 5 years to life in federal prison as well as fines from $250,000 to $10 million.

Leaders of agencies like the FBI and Houston Police say they’re sending a message of unity as they maximize their resources to solve violent crimes. Houston FBI Special Agent Ted Docks says the agencies are counting on each other and the community.

As they resolve current crimes, authorities are asking Houstonians to help them prevent future crimes. They say many guns that are used in violent crimes were stolen by the original owners, especially from their cars.

Houston Police says approximately 3,800 guns in the city are reported stolen every year. The ATF is asking gun owners to keep their gun secure and out of reach from criminals.