Baby survives crash after truck flips over into water-filled ditch during chase in Splendora, police say

The baby, fortunately, was not injured and was taken to the hospital as a precaution. 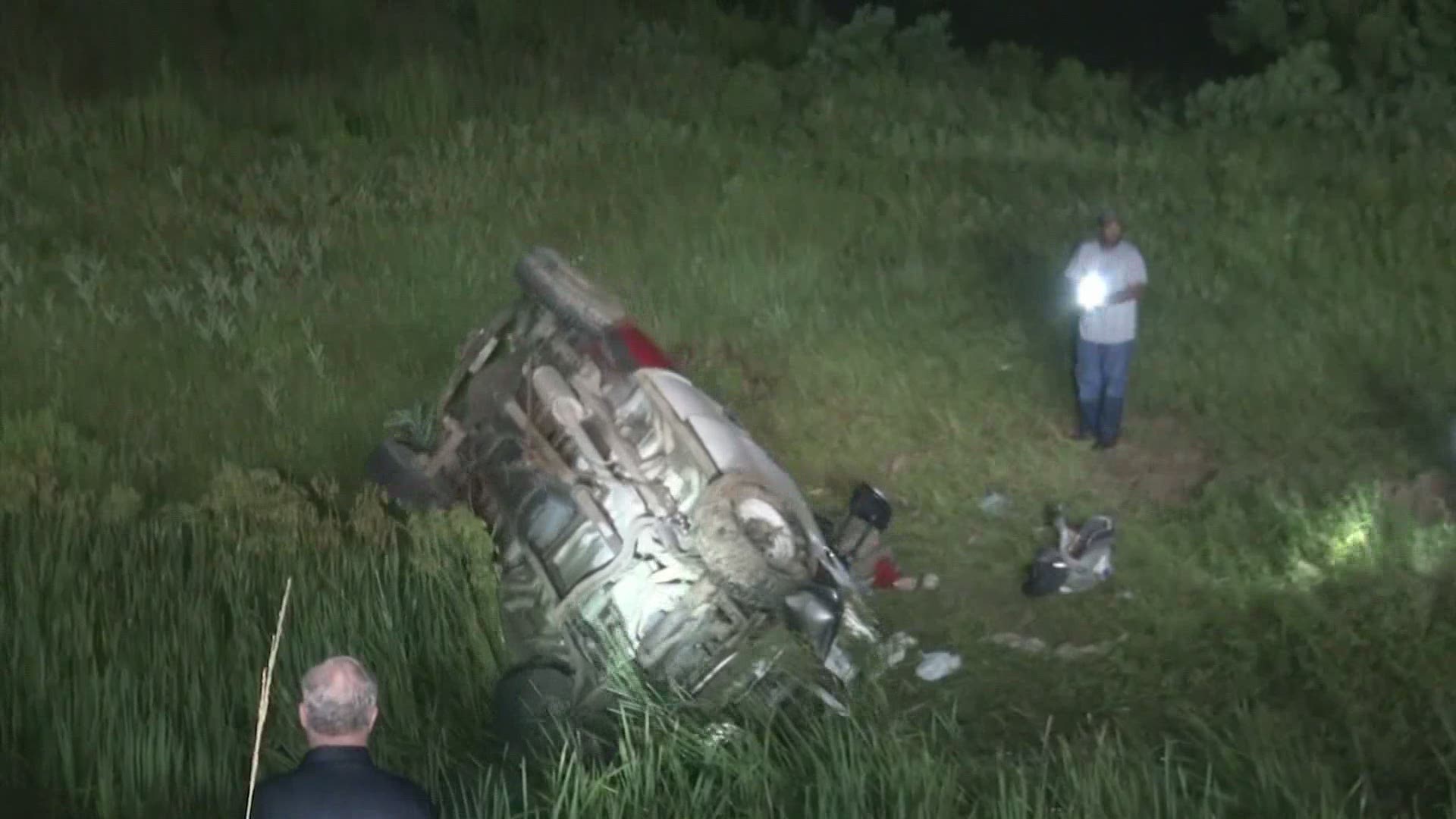 SPLENDORA, Texas — Police got quite the scare Saturday night after a 7-month-old baby was pulled from a truck that flipped over into a water-filled ditch during a chase.

The Splendora Police Department said at about 10 p.m., an officer saw a white and red Ford truck stopping near the intersection of 59 southbound and FM 2090 with no brake lights.

The officer turned on his lights to attempt to stop the driver, but the driver kept going and a chase began, police said.

The driver led the officer on and off 59 several times, weaving in and out of traffic, reaching speeds near 90 mph, before the driver lost control and his truck flipped into a ditch off the service road past the FM 1485 exit ramp.

Splendora police Chief Wally Wieghat said the ditch was about 4-feet deep and filled with water and as officers approached the truck, the driver and a 16-year-old girl was seen exiting the vehicle.

The two then pulled out a child's car seat with a baby inside, police said.

The baby, fortunately, was not injured and was taken to the hospital as a precaution.

The driver, who has been identified as 18-year-old Jose Aragon, and the child's mother were also taken to a nearby hospital. They suffered minor injuries.

Wieghart said Aragon already had several felony warrants, including three in Fort Bend County, against him and was out of jail on bond.

“This guy didn’t need to be in the streets," Wieghart said.

Splendora police are adding to his record a child endangerment charge and felony evading charge.

The 16-year-old mother has been charged with tampering with evidence after Wieghart said she was seen throwing drugs and a magazine from a gun outside of the window during the chase. She is also being charged with felony possession of a controlled substance.

Child Protective Services has been notified in regards to the baby.

Check back for any updates to this story.