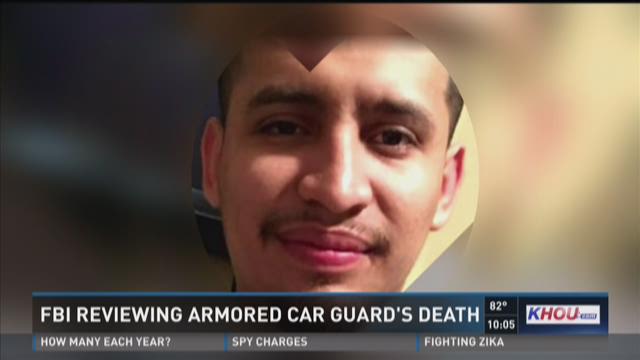 HOUSTON – A Brinks security guard was fatally shot outside a Wells Fargo in northwest Houston.

Detectives with the Houston Police Department believe the guard was reloading an ATM when he was ambushed around 6 p.m. off the Northwest Freeway and Hollister.

The security guard, identified Tuesday as 25-year-old David Guzman, died at the scene.

A group of students at a nearby massage school said they heard the commotion.

"We were outside. Everybody was coming in front of the school having a conversation like we always do," said student Chris Robinson. "We just heard two gunshots and then our teachers grabbed us and told us to get inside." 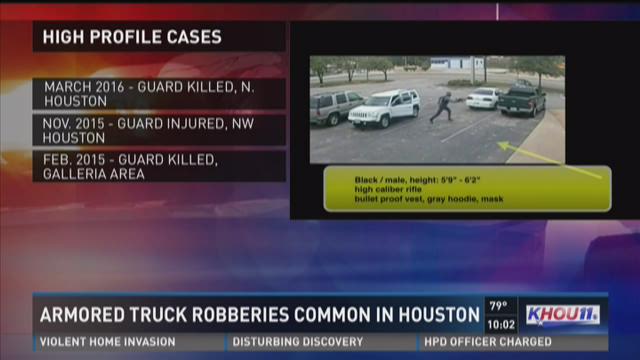 Detectives said they are canvassing the area: speaking with witnesses and reviewing surveillance video to help identify the suspects. Witnesses said the gunman, described as a black male, escaped in a blue Toyota Camry.

Another security guard was in the armored truck at the time of the shooting. That guard wasn’t injured.