The district received a donation of six walk-through metal detectors from American Guard Services, which retail at around $24,000. The same company is offering to donate the labor setup and training for an estimated cost of $2,000. 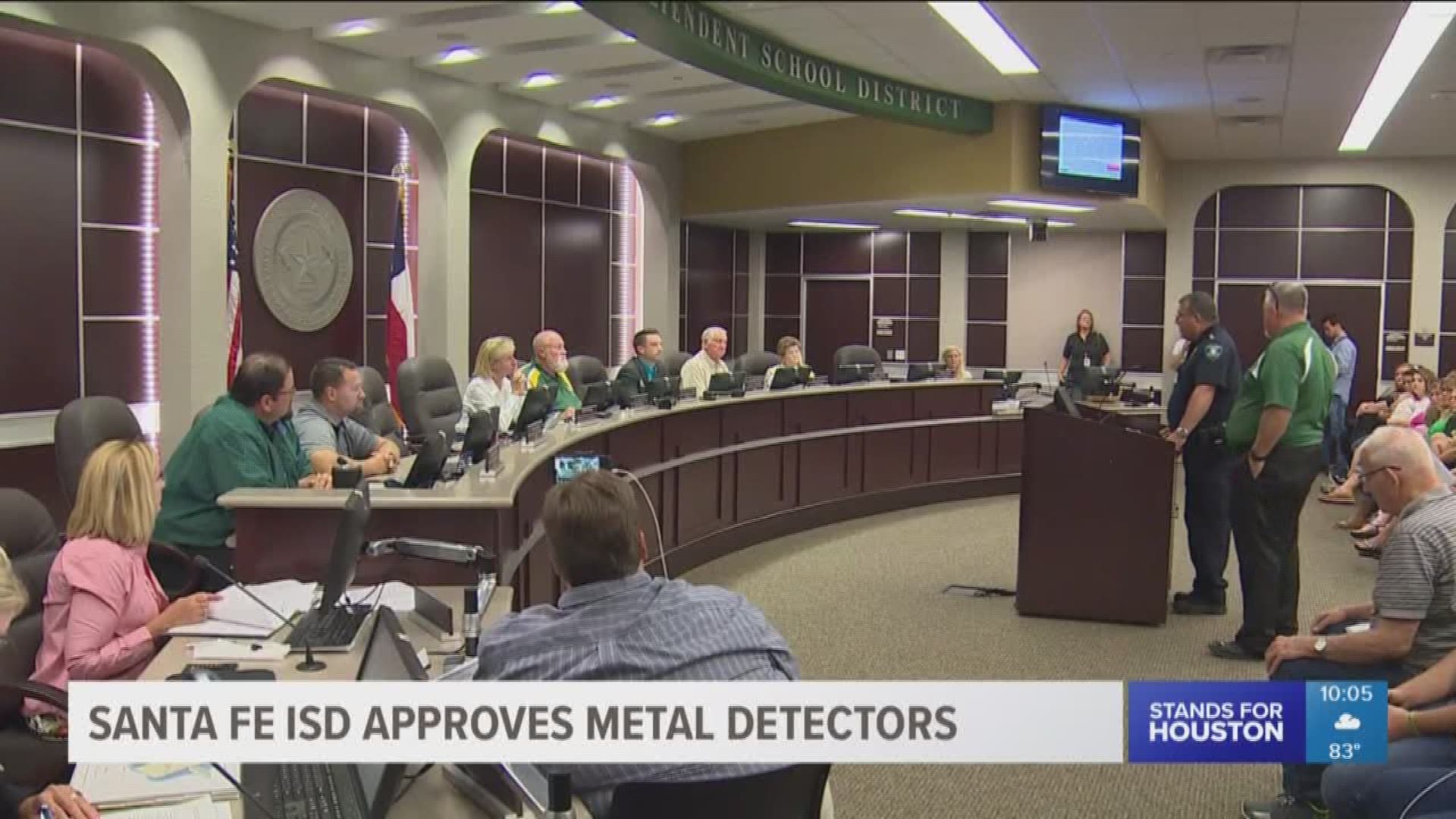 After a 4-2 split, school board members agreed to begin assessments on logistics behind installing the metal detectors.

A packed special meeting Monday was expected following the board’s decision to host meetings once a week until safety measures were agreed upon.

One officer, who also serves as member of the Santa Fe Strong Safety and Security Committee, addressed the board with the recommendations.

Promising no guarantees, the officer told the board how metal detectors have been a proven deterrent in neighboring schools.

Board member Eric Davenport asked the officer if there was any plan currently in place to support the addition of metal detectors at SFISD.

The officer replied that no plan would be in place until a full assessment was completed at all the SFISD schools. They would then determine how many metal detectors are needed, how many personnel would be required and at what cost.

The district received a donation of six walk-through metal detectors from American Guard Services, which retail at around $24,000. The same company is offering to donate the labor setup and training for an estimated cost of $2,000.

Assesment services are being donated by Garrett Metal Detectors, a value ranging between $4,000 and $8,000 according to the district.

Officers say at this point the only other details they can offer is that school start times will be impacted. Research from other schools with metal detectors have shown officers that it could take as many as 40-45 minutes to get students through security in the morning.

In spite of the details that have been figured out, one question seemed to give everyone pause.

Neither Parkland, nor Columbine have metal detectors, so why Santa Fe?

It was a question board members continue to wrestle with, but know they’re running out of time.

“The time comes where you just have to make a decision,” Davenport said.

Davenport was among the two dissenting votes, but clarified he is in full support of any decision the board makes.

“I don’t want anyone leaving here tonight thinking we didn’t consider this or that. I can promise you without a doubt, things have been considered over and over again,” Davenport said.

While the vote was closer than some imagined, the ensuing roar of applause suggested that parent’s support for metal detectors was nearly unanimous.

Mark Bratcher is a SFISD parent who has supported metal detectors and commends the district for their decision.

“You’ve got to have the board willing to have community involvement, but you have to have the community stepping up willing to give up their input. We have two sides working right now and tonight was a success in the security of our kids,” Bratcher said.

Other measures voted on Monday include making no changes to the school dress code policy. However, the discussion on clear backpacks was tabled for another day, after a deadlock vote within the security committee.

A decision was also made to approve a resolution declaring intentions to reimburse expenditures related to these projects.

The hiring of more mental health counselors and police resource officers will be included in phase 2 of the major security overhaul.