Officers said the man was in an argument with his girlfriend when he attacked the family pet in front of his 4-year-old. 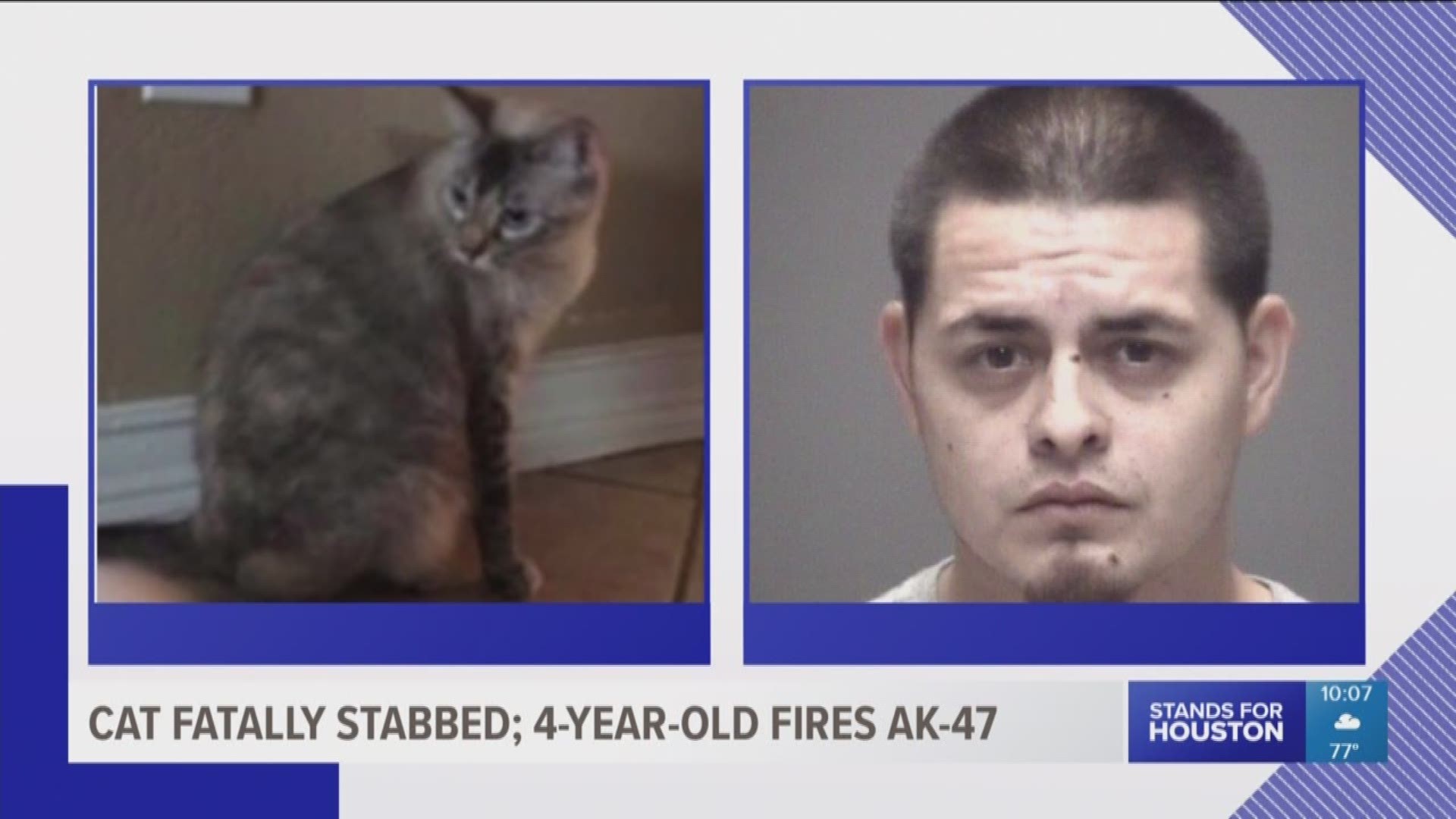 GALVESTON, Texas - There was chaos at a home in Galveston on Monday that ended with the arrest of a man accused of killing his family's pet and threatening his girlfriend.

Officers said Mario Eduardo Salinas, 27, threatened to kill his girlfriend during an argument at a home in the 5700 block of Avenue Q.

Salinas reportedly told his girlfriend he would kill her and her pets and take her children. Detectives said at some point, Salinas stabbed the family cat, Snowflake, 12 times with a kitchen knife.

During the attack, Salinas' 4-year-old found an AK-47 rifle and fired it, officers said.

Salinas left the home with the animal and the children not long after. Animal control officers later found the dead cat in an alley several block away.

When Salinas and the children returned home, police officers were there waiting for them. Officers said they had already received calls of a gun being fired inside the home and obtained a warrant to search the home.

Salinas was arrested soon after and has been charged with Cruelty to a NonLivestock Animal, Tampering with Physical Evidence and Terroristic Threats to a Family Member.

The children and their mother were not harmed, officers said.

Salinas is currently in the Galveston County Jail with a bond set at $47,500.