The suspect, who deputies believe was impaired, crashed into a bicyclist and a Buick. Both victims died. 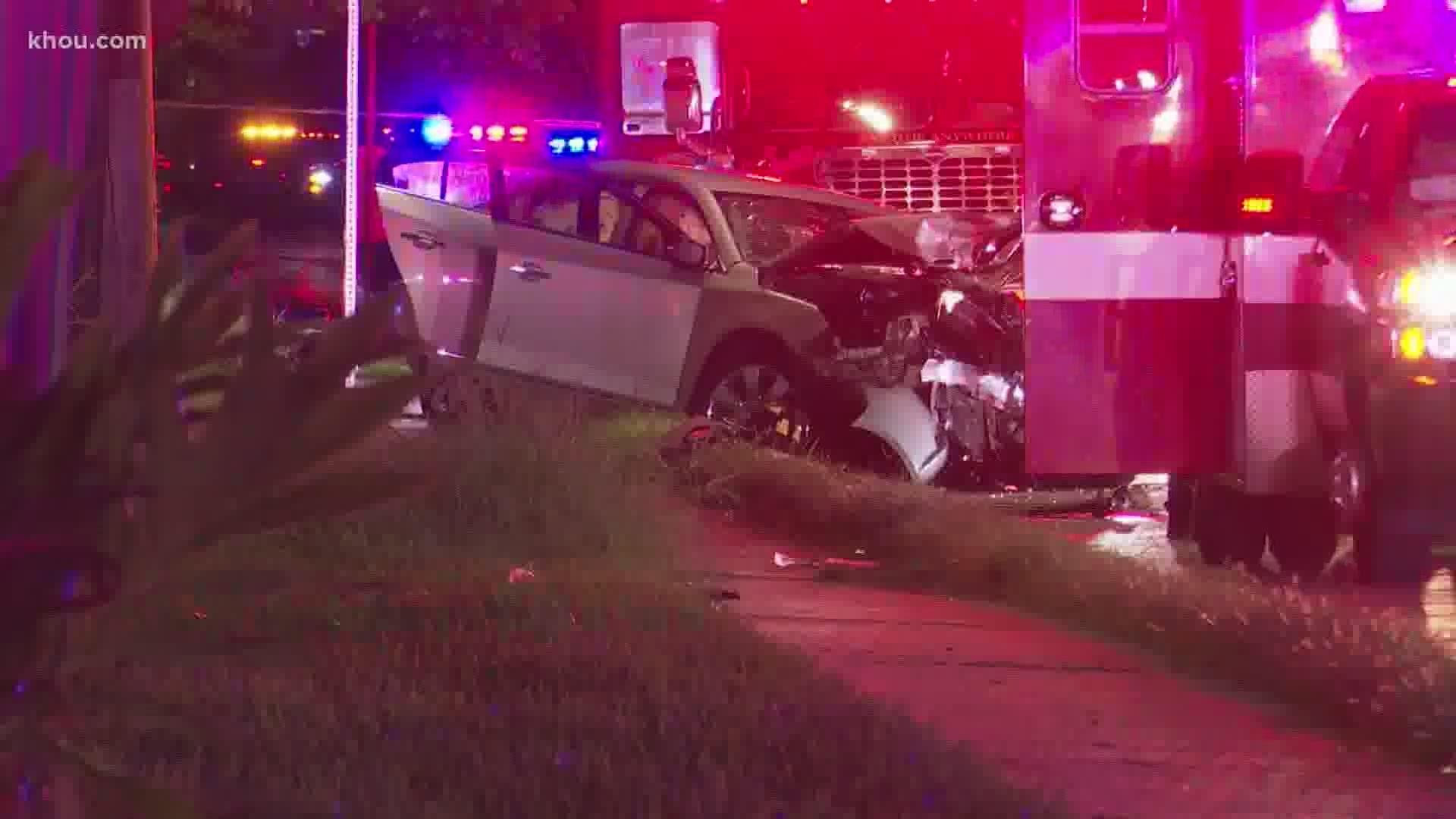 HARRIS COUNTY, Texas — A bicyclist and a driver are dead after a suspect crashed into oncoming traffic during a chase in northwest Harris County Monday night.

The suspect, 31-year-old Alexis Saborit, was arrested at the crash scene and charged with two counts of murder.

Investigators say Saborit told them he took off because he is wanted for an open parole violator warrant.

"He decided to go into oncoming traffic thinking that he could evade our deputy and it ended up being a very tragic night for two adults and two families," HCSO Sgt. Simon Cheng said.

The crash happened on Veterans Memorial Drive near Rainy River, just west of the North Freeway, around 10:30 p.m.

Harris County Sheriff’s deputies said a DWI unit spotted a Mercedes speeding in the southbound lanes of Veterans Memorial Drive. The deputy attempted to pull over the vehicle, but the driver kept going.

After the Mercedes passed Highway 249, Saborit veered into oncoming traffic and struck a man on a bicycle in the outside lane.

The suspect kept going and then crashed head on into a Buick Lacrosse traveling in the inside lane.

A DPS Trooper was able to help arrest Saborit at the scene of the crash.

The bicyclist was transported by ambulance to a local hospital where he was pronounced dead, deputies said. He was later identified as 63-year-old Jarvis Taylor.

The 57-year-old driver of the Buick was airlifted to a hospital and died shortly before midnight. His name hasn't been released.

Saborit was seriously injured and taken by ambulance to Ben Taub Hospital.

Investigators say Saborit was going 61 mph in a 45-mph zone and they believe he was impaired.