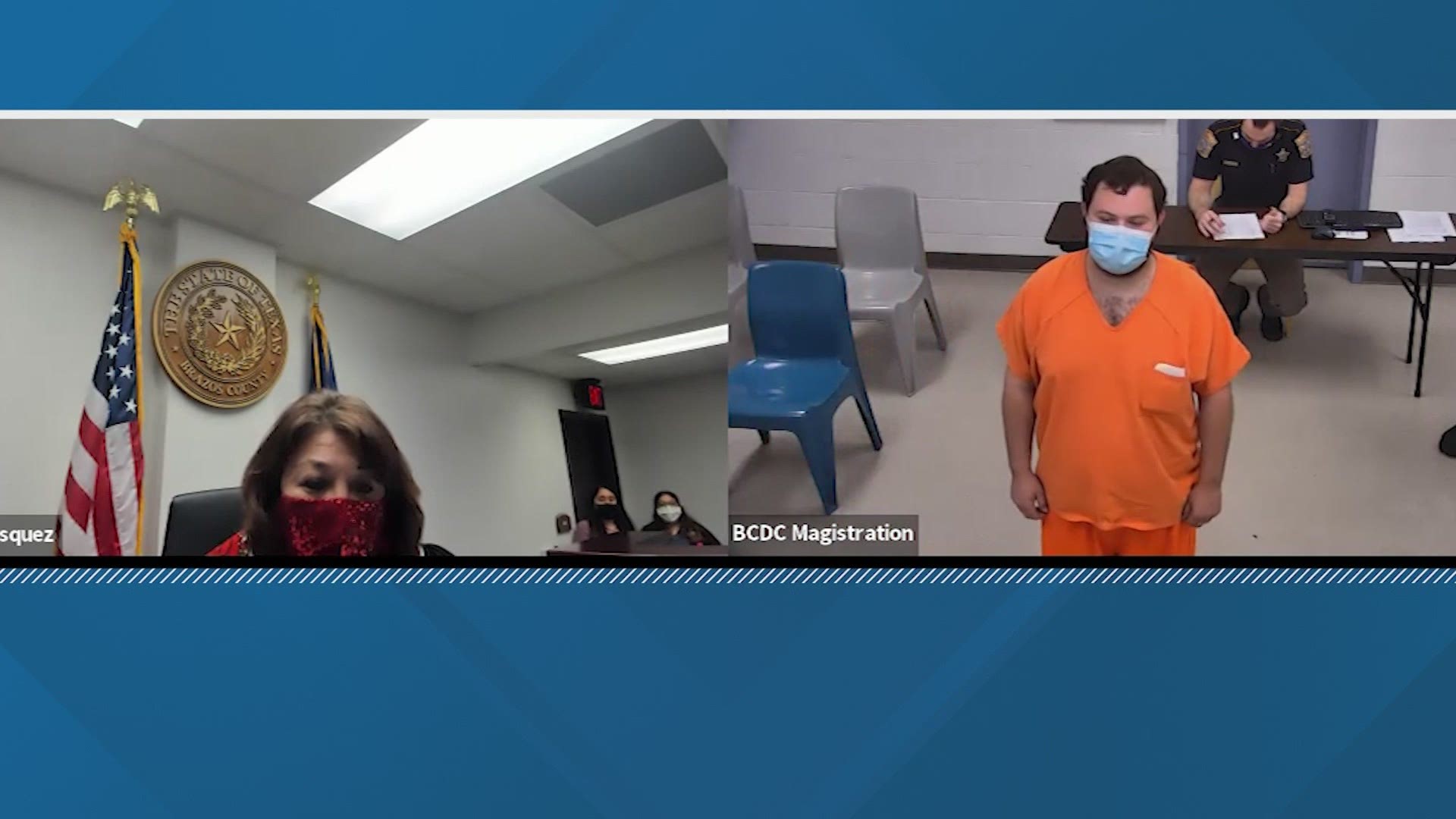 Prosecutors have charged Larry Bollin, 27, with five counts of aggravated assault with a deadly weapon. Each of these charges has a $200,000 bond.

New charges have been filed against the Grimes County man who was arrested after a mass shooting at the Brazos County Industrial Park Thursday.

Larry Bollin, 27, is now charged with attempted capital murder in Grimes County. That's where DPS authorities said Bollin opened fire on one of their trooper after he allegedly ran from the scene of the shooting in Bryan.

That trooper has been identified as Juan Rojas Tovar of Madisonville Texas Highway Patrol. Trooper Tovar remains in the hospital at St. Joseph Health in Bryan in stable condition, according to a release from Texas DPS.

Authorities also released an update on the other victims from Thursday's shooting.

Trooper Tovar remains in serious but stable condition @StJoseph_Health. He is currently receiving outstanding care, surrounded by his family and friends while his fellow troopers hold watch. pic.twitter.com/19QrGw7KSV

Two people remain hospitalized but are, at last check, in stable condition. Another person was released Friday and one person remains in critical condition.

Authorities identified the person who died at Kent Moore Cabinets as 40-year-old Tim Smith of Bryan.