The man was arrested after he threw things and assaulted customers in the fast food restaurant Thanksgiving night. 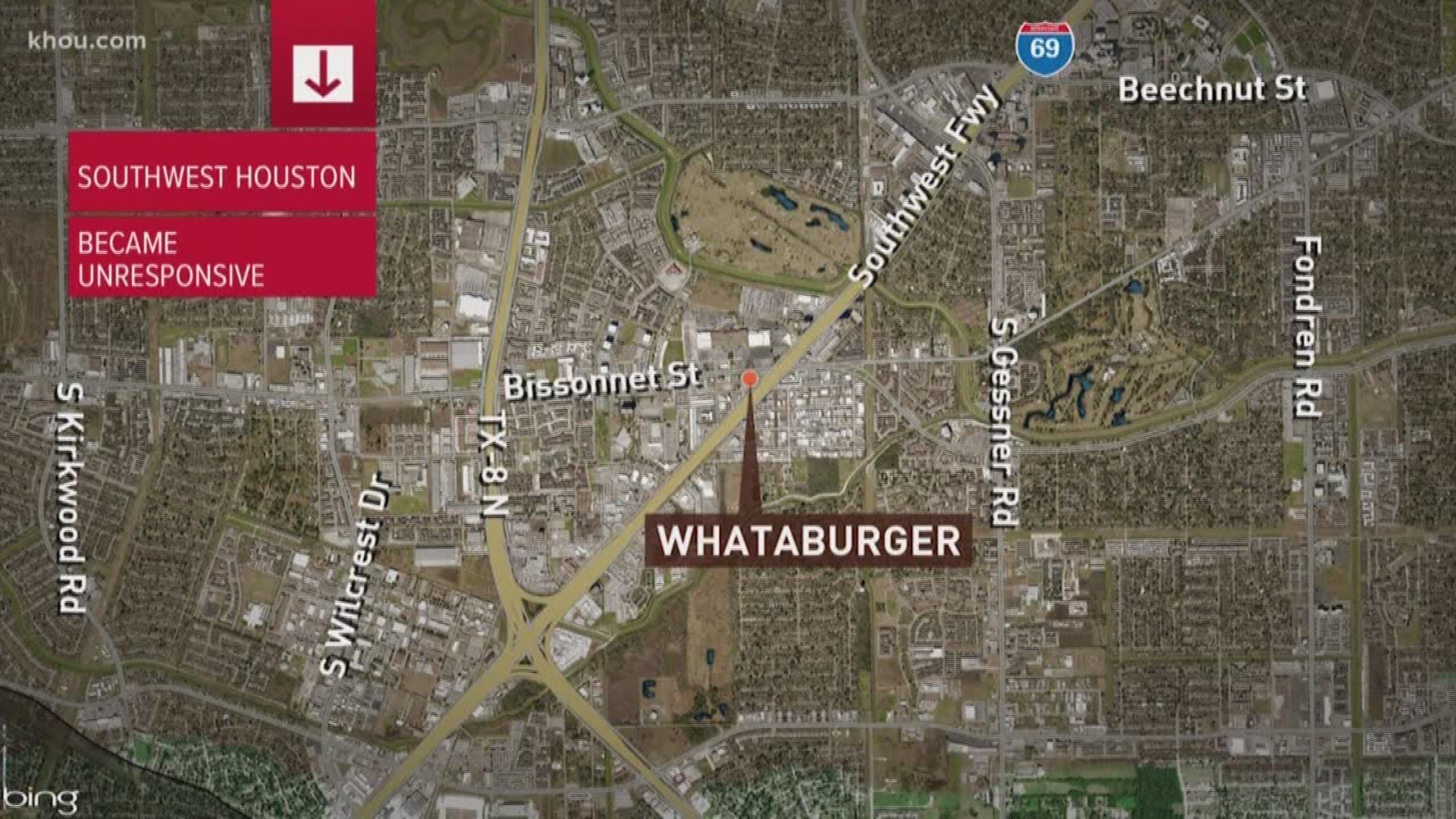 HOUSTON - A naked man died at a hospital after he was arrested for assaulting customers in a Whataburger restaurant in southwest Houston.

Houston Police say the man, who appeared to be in his 40s, walked into the fast food restaurant wearing a shirt but no pants and began throwing things at customers and staff.

Officers said he jumped on the counters inside the restaurant, tossed trash cans around and then began attacking customers.

The manager tried to evacuate the customers but the suspect followed them outside and began attacking the manager.

The woman suffered a knee injury but was otherwise OK.

Officers arrived on the scene at 9517 Bissonnet Street and arrested the man. HPD says the man became unresponsive while he was in custody and was taken to a local hospital where he died.

Officers said in a press conference late Thursday the suspect had a 2cm puncture wound to his side.

An official cause of death has not yet been released.

No other information has been provided by authorities at this time. We will update this story as more details become available.

HPD commanders, investigators & PIO en route to a scene at 9500 Bissonnet. Preliminary information is a male arrested for assaulting restaurant patrons stopped breathing & was transported to an area hospital where he was pronouced deceased. No other info at this time.

HPD Chief @SatterwhiteLJ briefs media on death of a male following his arrest for assault https://t.co/k6CI9zJCtq