Phillip Bowers was sentenced to 30 years in prison after pleading guilty to torturing his wife for three days in 2019. 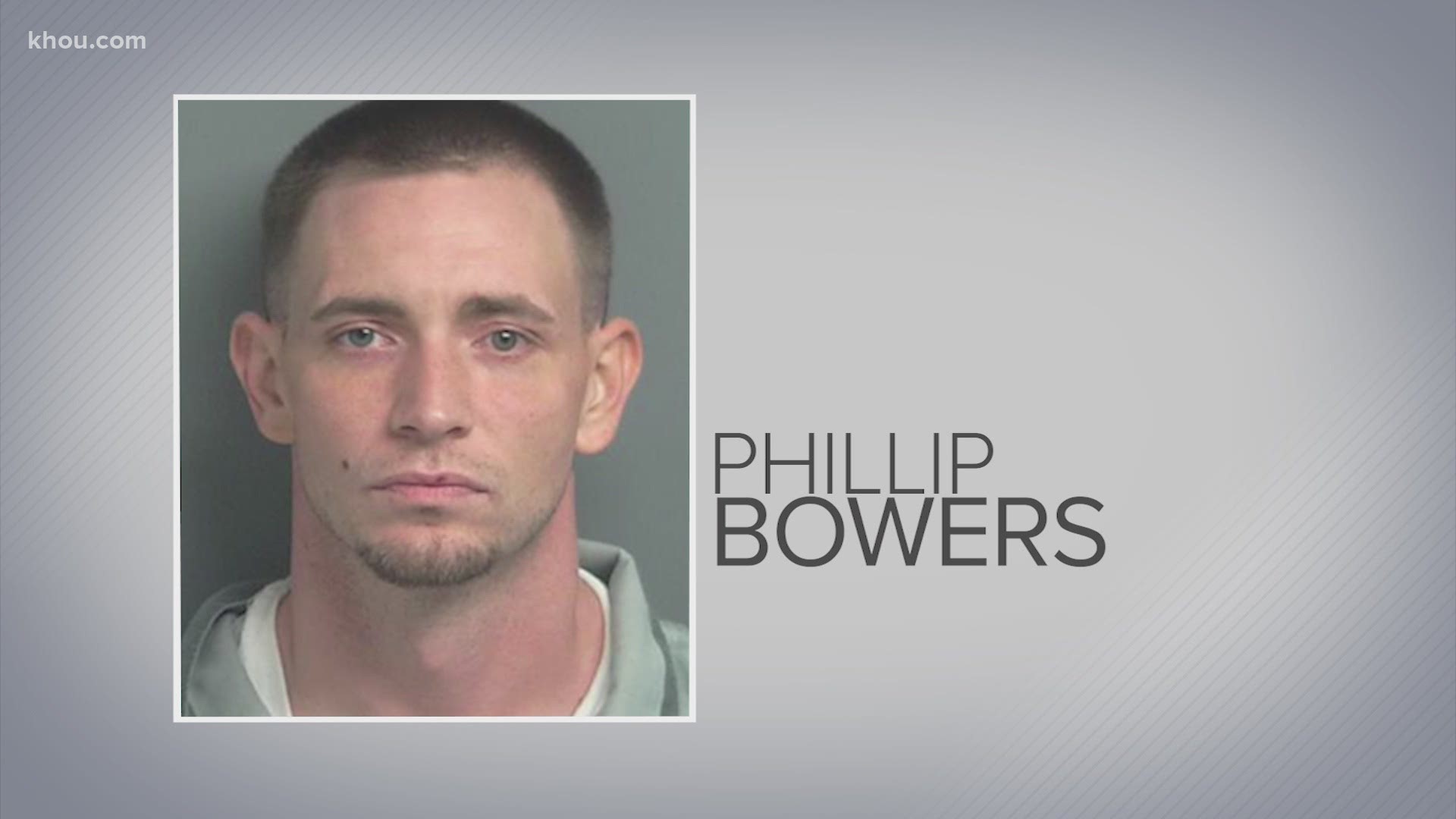 MONTGOMERY COUNTY, Texas — Phillip Edward Bowers was sentenced to 30 years in prison after he pleaded guilty to multiple charges stemming from three days in 2019 in which he tortured his wife in front of three children.

Bowers, 34, pleaded guilty Friday to one charge of aggravated assault causing serious bodily injury with a deadly weapon (family violence) and another charge of aggravated kidnapping. Each charge carried a sentence of five years to life in prison. A jury sentenced him to 30 years for each charge, to be served concurrently.

In March 2019, Bowers' wife was found alone in the back bedroom of a New Caney home. Her injuries indicated that she had been severely beaten for several days. She was hurt so badly she wasn't able to provide information about the assault. She was taken to an area hospital, where doctors began life-saving treatment.

“The things that happened in that house are the things of which horror movies are made," prosecutor Echo Hutson said. "We have seen many murder victims with fewer injuries than this victim suffered at the hands of Phillip Bowers. We would be remiss if we did not thank the children who witnessed this abuse and had the courage to speak out about it. While the evidence against Phillip Bowers is overwhelming, justice is served when those victims are protected from having to face their abuser in court and having to relive their nightmare. These children can now grow up never having to fear this Defendant again. We are grateful for their strength and for the heroic work of all the community partners in this case."

Witnesses at the scene of the crime told authorities they had seen Bowers leave the house with three children shortly before medics arrived. Bowers was found and arrested at a nearby store.

Investigators say Bowers beat and tortured his wife in front of his children for three days. Evidence showed that Bowers used his hands, feet, steel-toed boots, a large flashlight, a box cutter and a vinyl jump rope to assault her. Physicians also noted that there was evidence that the victim had suffered previous assaults that required medical treatment.

After multiple surgeries, the victim was released from the hospital.

“This is absolutely the worst assault I have investigated with a surviving victim in my career. This sentence represents justice for the victim and her children, and prevents this Defendant from harming anyone else for a long time to come,” detective Brandon Bartoskewitz said.