22-year-old who killed teen suspect, wounded another has no regrets

A young man who shot two teenage apparent would-be-robbers believes they got exactly what they deserved. 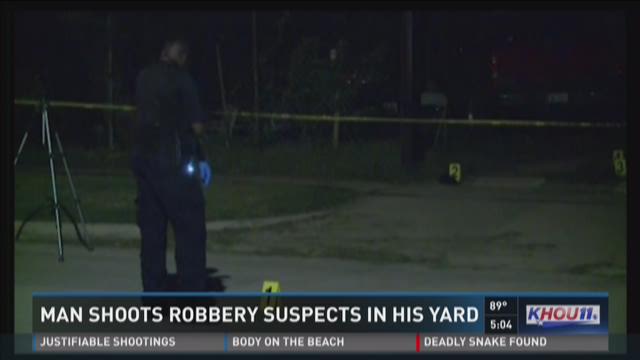 A young man who shot two teenage apparent would-be-robbers believes they got exactly what they deserved.

One of those juveniles was pronounced dead shortly after the shooting. The other is now recovering at an area hospital.

It happened around 8 p.m. Tuesday night on Majestic Street.

Jose, who asked us not to use his last name, said the teenagers had been walking up and down the street for about 10 minutes.

According to Jose, he and his dad were hanging out in their backyard when the teens walked up their driveway.

“The first teenager pulls out his firearm and points it directly at us,” Jose recalled. “I didn’t let him finish talking. My first reaction was to take out my gun and open fire.”

Jose said the teens appeared to be about 15 or 16 years old.

Jose told KHOU 11 News he had never seen the underage suspects before the encounter. He said he wasn’t sure why they picked his family’s house.

Jose said he got his concealed handgun license four months ago to protect himself and his family.

He believes things would have ended much differently if he hadn’t been armed.

“I had no other choice. It would be me or my dad laying down on the ground dead. I had to do what I had to do to protect myself,” he said.

Jose said he called 911 right after unleashing seven shots toward the suspects.

Houston Police said the surviving teen ran home after getting shot. He’s now recovering in the hospital and is expected to be OK.

Neither teenage suspect has been identified by authorities.

A neighbor said the teens attend Wheatley High School, but Houston Independent School District could not confirm that.

People in the east Houston community are applauding the actions of Jose. They hope it sends a stern message to others who are thinking about committing crimes.

“If anybody is thinking twice about coming over here to rob somebody, that’s what is going to happen,” said neighbor Paul Garay. “I don’t wish death on nobody, but if you do wrong, karma’s a mother.”

No charges have been filed at this time. This case will now be headed to a grand jury. 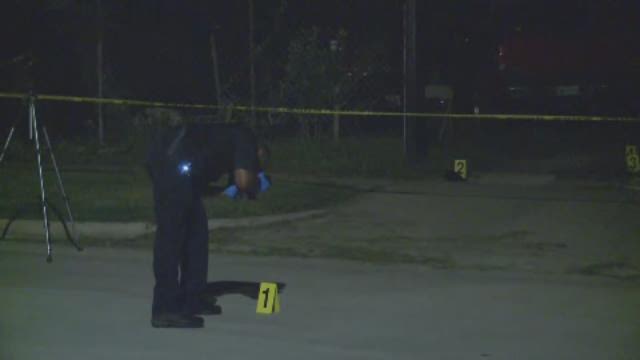