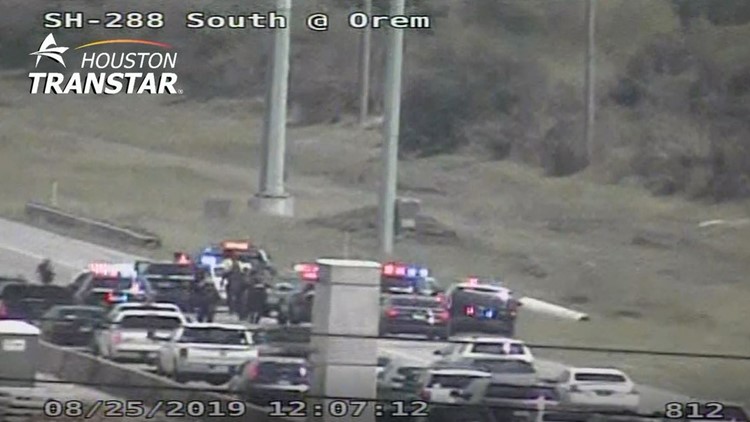 2 in custody after high-speed chase through SE Houston

HOUSTON — Two people are in custody Sunday after leading police on a high-speed chase through southeast Houston.

The chase started when police attempted to pull over the suspects for a felony warrant. The driver refused to stop and that’s when the chase began.

The suspects took police up and down Beltway 8 East for about 10 minutes before heading towards Highway 288.

The chase came to an end on Highway 288 and Orem after police were able to make the suspect's vehicle spin out.

The two suspects were taken into custody immediately.

There was a crash during the chase, but police were unsure if the crash involved a police unit or a civilian vehicle.