Thousands of people have signed a petition to end the event. 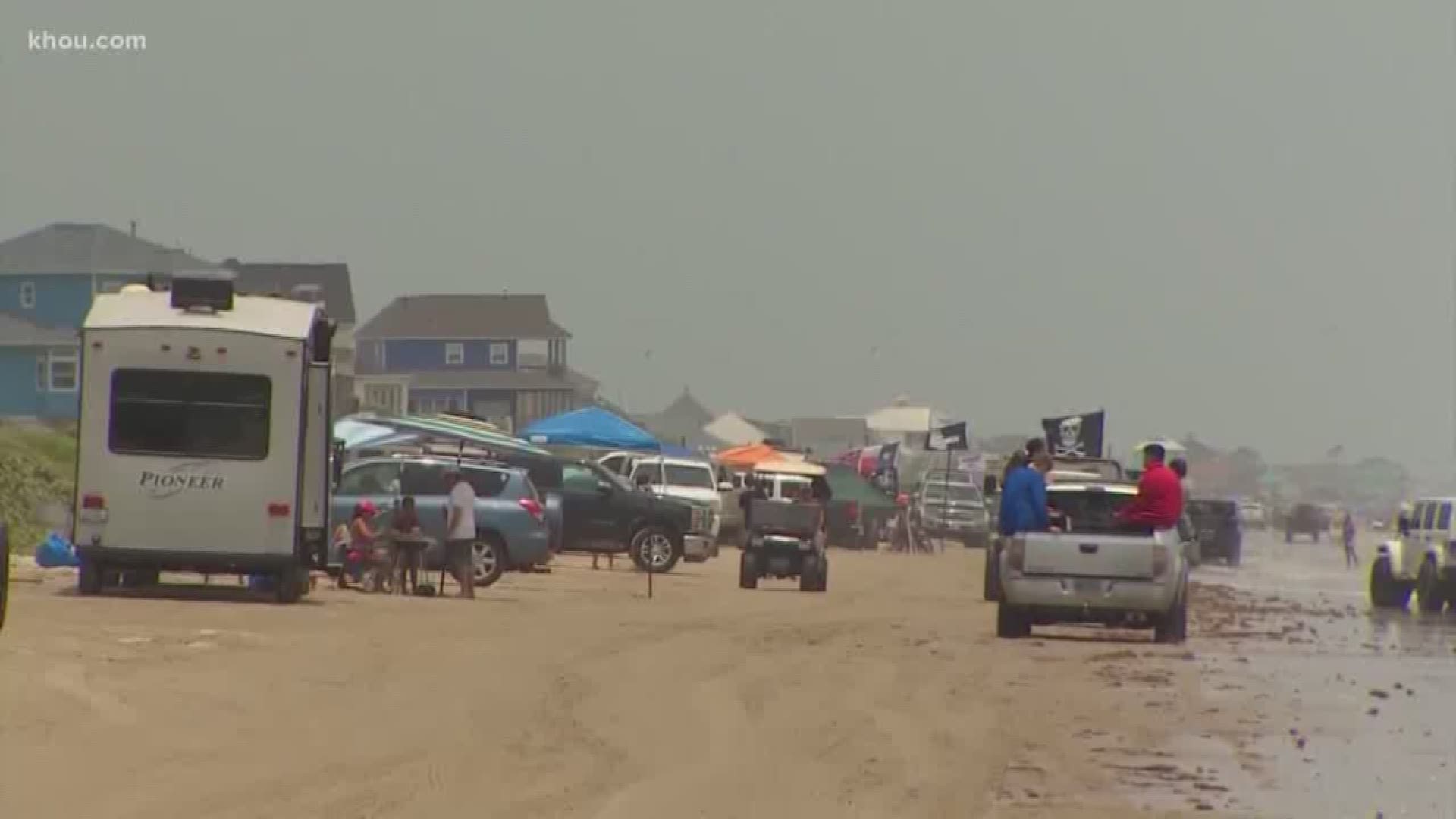 Two people were injured after a violent head-on crash around 1 a.m. early Sunday on state Highway 87 on the Bolivar Peninsula. One of the injured, a woman, was transported by Life Flight to a local hospital.

In another incident, Julie DeRenieri Busby said her 21-year-old son Tanner Francis was air lifted to UTMB Galveston in a coma after he fell out of the back of a truck and was hit by another car. She also said Francis has a 1-year-old child.

In a similar incident, another man fell out of a vehicle onto a highway and was hit by another person. That man was transported by ambulance to UTMB.

The sheriff confirmed there were 18 crashes that resulted in injuries on the Peninsula from Saturday to early Sunday morning.

The sheriff's also said there were more than 115 arrests over the course of the weekend, dozens were alcohol related.

Sheriff Trochessett says he staffed deputies for the weekend as if it was the Fourth of July, because they were expecting it to be busy.

The sheriff explained that he hadn't seen a crowd this size on Crystal Beach since the '90s.

The Galveston County Office of Emergency Management also assisted with support and information.

The Galveston County Emergency Services District No. 2 said they wanted to thank the other agencies for helping the community.

At least one business decided to close up shop for the day as a safety precaution for employees.

Stingaree Restaurant
Special News, due to unforeseen circumstances and for the safety of our employees, we will be CLOSED today Sunday May 19th. We're sorry for any inconvenience this may cause. www.Stingaree.com...

KHOU 11 News spoke to some of those who camped out on the beach for the weekend event.

“It was the best weekend I’ve ever had in my life,” Zach Daley said. “We’re just out here partying, it’s non-stop drinking – it’s a good weekend. We’ve seen a whole lot of stuff. Get you some beads, gotta get you some beads.”

Daley and his buddy Pete Briones have been out here on Crystal Beach since Friday.

“One of the best experiences of my life – this is the first time I’ve been out here,” Briones said. “Yeah, I had a great time.”

Some people on social media said the party on the beach has gotten way out of hand.

“…how many people have to be seriously injured and/or die for there to be some changes made..,” wrote McKenna Sanders on Facebook.

Hundreds of people have signed an online petition calling for an end to the annual event.

Now that it’s all said and done – it’s time for the cleanup.

Some of the beach officials KHOU 11 News spoke with Sunday say there are mountains of trash they’re having to pick up right now.