More than 6,000 meals fed first responders and hundreds of homeless here in Houston on Saturday. 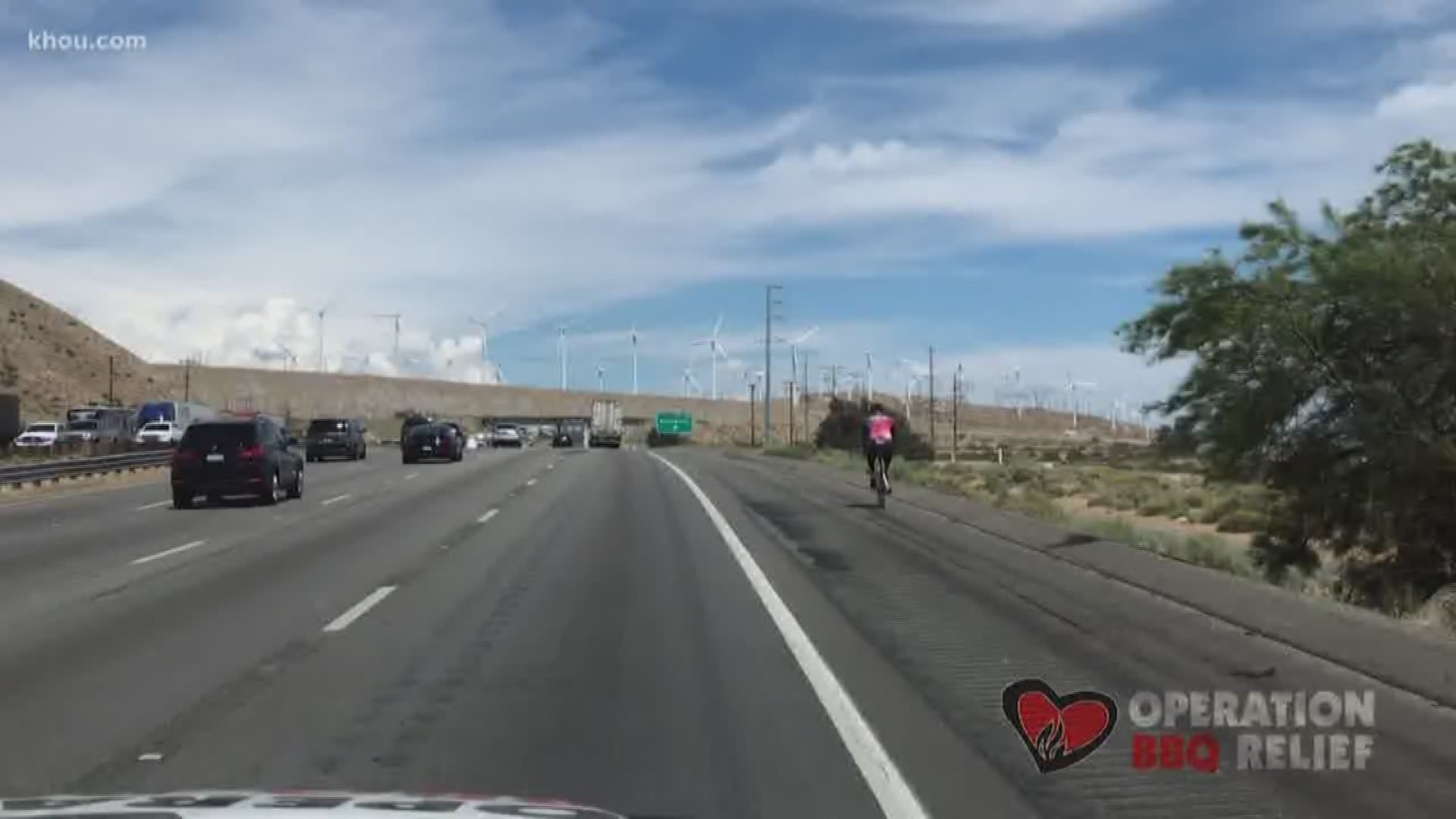 HOUSTON — Thousands of Houston firefighters and homeless got a free hot meal thanks to Operation BBQ Relief. It’s part of their nation-wide tour to bring hot meals to thousands across the country.

From the hills of California, across the desert of Arizona, then biking the border to Texas.

“From there, we went to El Paso where we fed military and their families," Collins said.

For Jarrid Collins, a wounded Green Beret, it’s nearly 3,000 miles of running biking and hand-cycling across the country. All of it on one leg.

“You can do whatever you want to do, It doesn’t matter if you have one leg, two leg, no legs whatever, we can accomplish anything. It’s just a new way to do old tricks right?" Collins said.

All the while, bringing BBQ to thousands along the way.

“It’s the impact of that one meal to that one person," Collins said.

More than 6,000 meals fed first responders and hundreds of homeless here in Houston on Saturday.

“We want to just be able to give a hand up for people when possible," Co-Founder of Operation BBQ Relief Stan Hays said.

If they sound familiar, it's because they are. Operation BBQ Relief has been to Houston before, for 13 days after Hurricane Harvey.

That’s what they do - deliver during disasters.

But the purpose of this tour is to show they want for more.

That they’ll be ready to feed not just during disasters, but anytime they see a need.

“We want everybody to know that it doesn’t have to be a disaster," Hays said. "We’re going to remember the community and come back and be part of the community as long as we can.”